How Temasek will take America 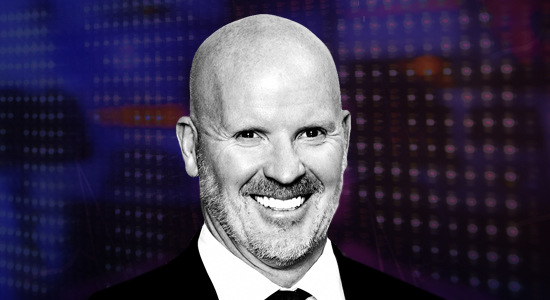 In our deep dive this month, we sit down with Temasek’s Americas head John Vaske (pictured) to find out how the $231 billion Singapore government-backed firm is making its mark on the US private equity landscape. How will the giant fund compete in the world’s biggest PE market? In part by not competing. “For the most part, we’re someone else’s partner in everything we do,” says Vaske. Read Isobel Markham’s story here.

“The most stable and sticky kind of capital there is,” was how Apollo co-founder Leon Black described the permanent capital that now accounts for half of his firm’s AUM. Both Blackstone and Apollo revealed on earnings calls last week that they have amassed a lot of this. Apollo has been well ahead of the game on this for years: Athene and Athora now account for half of the firm’s $331 billion in AUM and will play a key role in helping it hit its goal of more than $600 billion under management in the next five years.

AUM in Blackstone’s perpetual capital vehicles – which includes the likes of the firm’s $14 billion Blackstone Infrastructure Partners fund – increased 43 percent year-on-year to $104 billion and is “transforming our asset base and earnings into something much steadier”, said firm president Jon Gray.

Elsewhere in earnings: KKR says it’s seeing more value in opportunities outside the US thanks to sky-high valuations. PE activity in Q4 was mostly in Europe and Asia, totalling a little less than half of the $4 billion of private and public markets investments. KKR will be on the road this year with several megafunds, including its fourth Asia buyout vehicle, which is said to be targeting $12.5 billion.

Got there in the end

Stirling Square Capital Partners has held a final close on its fourth pan-European fund on €950 million after two years in the market. During the fundraise, two of Stirling’s co-founders Jakob Foerschner and Bolaji Odunsi, left the firm. When we reported on the fund back in January 2018, market sources were expecting a close by the end of that quarter. Fund IV is almost 60 percent larger than its 2014-vintage, €600 million predecessor.

Are you big in PE?

The PEI Global Investor 100 is now open for submissions. Private Equity International’s Global Investor 100 is the debut ranking of the world’s leading institutional investors in private equity (both direct and via funds). The ranking is based on the amount allocated to private equity as of 31 December 2019 and we want your help to ensure it is as accurate as possible. To be considered for the ranking please email Jesse Koppi: jesse.k@peimedia.com. Deadline for submissions is 15 March 2020.

A German marriage. The market for European venture capital stakes has never really taken off. Viewing a lack of liquidity as a major impediment to the development of a tech scene to rival Silicon Valley, the German government and its development bank KfW’s PE arm are cooking up a plan, Secondaries Investor reports. “Once you’re an LP in a European VC fund, you’re tied in for 10 years – you’re invested longer than the average lifetime of a German marriage,” says Jörg Goschin, chief of KfW Capital, speaking at IPEM.

It’s not fair! Private Funds CFO editor Graham Bippart weighs in on the topic of fair value in relation to EnCap portfolio company Southland Royalty. An FT comment last week pointed to the company’s bankruptcy, which happened not long after it was marked at near to cost, as being an indication of the unreliability of PE valuations. Says Bippart: “At least on the face of it (and I could be wrong here, of course), this seems less like a ‘fair value is a myth’ thing than a combination of indebtedness (Southland reportedly owes some $540 million to its lenders) and tanking oil and gas prices. That can be a killer one-two punch, even within a single quarter.”

“Yes there will be a recession. Cycles are a part of the human condition. We overshoot. We overcorrect … My personal view is it will happen in the investment period of a 2020-vintage fund, in the next five or so years.”