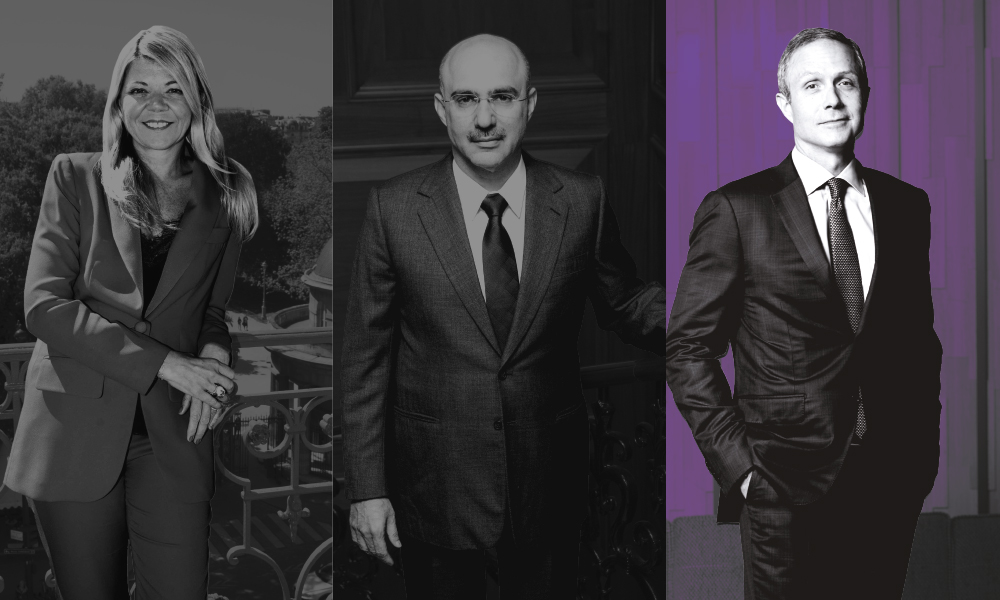 Read about the other two firms: Eurazeo and Investcorp

Mention Neuberger Berman to anyone in the industry and they’ll immediately bring up Dyal – often in a tone oscillating between admiration and a scepticism that could easily be mistaken for jealousy.

Dyal Capital Partners, which acquires minority stakes in asset managers, is its best-known alternatives product and the calling card of this more than $300 billion investment firm. The GP stakes unit was founded in 2011 by former Lehman Brothers dealmakers Michael Rees and Sean Ward, and now makes up about a quarter, or more than $20 billion, of Neuberger Berman Alternatives’ assets under management.

Partnering with Dyal is more than just a financial transaction, the firm touts on its website. Its investee firms have access to a 23-person business services platform, which provides everything from competitive positioning analysis to marketing and operational advisory. To be owned by Dyal, as one London-based partner of an advisory firm puts it, is to be part of an “amazing ecosystem” that has its own portfolio optimisation group. Its 36-strong portfolio, which includes tech giant Silver Lake Partners and multi-asset manager HIG Capital, collectively manages over $500 billion. It is on track to raise more than $8 billion for its fourth fund by year-end.

Performance has been solid thus far. The 2015-vintage, $5.3 billion Dyal Capital Partners III delivered a net internal rate of return of 26.35 percent and a multiple of 1.27x as of 30 June 2019, according to documents from Minnesota State Board of Investment. In July, Dyal added a credit strategy, seeking at least $5 billion for its debut open-ended credit fund.

The firm’s alternatives assets activities are overseen by Anthony Tutrone, a 33-year veteran of the business who began his career as an investment banker with Lehman. Tutrone came from the direct buyout side when he was hired by Neuberger Berman in 2001 for his current position as managing director for the firm and global head of NB Alternatives. He was instrumental in transforming the alternatives business of what was then a mid-sized asset manager into the multi-asset behemoth it is today.

“We want to be the preferred partner for any investor, whether they’re new to the asset class, or whether they’re highly sophisticated. To do that, we have to have all three methods of helping our clients meet their individual objectives.”

The scale amassed by the firm in recent years allows it to invest directly in private equity in a way that is far out of reach for many in the industry. Neuberger Berman Group placed 10th in the latest PEI 300, which ranks managers based on capital raised in the preceding five years. The firm was 68th five years ago. NB Alternatives’ client assets have almost tripled in the last five years from growth in strategies including private equity and private debt.

The firm’s strategic partnerships leg is the fastest-growing part of its private equity business, but Tutrone notes its AUM growth figures can paint a slightly skewed picture.

“If a strategic partner wants us to deploy $200 million of their capital a year, after three years, our commitments under management increase to $600 million. If a client wants to continue the same level of deployment, our AUM continues to grow, even though we are investing the same amount on an annual basis.”

Neuberger Berman is the epitome of a 21st-century private equity business. Yet for most of the 20th century, it made its money in a very different way. The firm dates back to 1939 and was one of the first to offer mutual funds that didn’t charge transaction fees. Lehman Brothers bought the business for $2.63 billion in 2003, and management retook control five years later after the bank’s bankruptcy.

A former senior executive of the advisory and placement group at Neuberger Berman during Lehman’s ownership tells us the team who set up NB Alternatives are entrepreneurial and talented, and hugely motivated by the success of their own individual businesses and funds.

“The old Lehman asset management division, which was more in the alternatives space, combined with Neuberger, which was a traditional long-only equity manager. That combination has been quite formidable because Neuberger has been able to leverage off a very broad distribution sales force around the globe, raising not only traditional investment management products but also significant amounts of capital for alternatives.”

Aside from the right team and infrastructure, the firm has had a large stable of LPs backing a wide variety of its funds. Among its repeat investors are MSBI and Alaska Retirement Management Board, as well as US university endowments and, more recently, Japanese pensions, according to PEI data.

In the 1980s, the firm’s private equity business had about $100 million of AUM, Tutrone recalls. That sum wasn’t much bigger when he became head of the business in 2001.

“It was a different market; it wasn’t as complex. A lot of these asset classes didn’t exist. Our clients were less sophisticated, so it was easier to add value. Luckily, our leadership along with I would say half a dozen of our competitors also saw the future,” he says.

That future involves GPs having to do a lot more for a lot less to serve their clients, as like any business, certain strategies will become more commoditised over time, he explains.

In the decades that followed, Neuberger embarked on a diversification programme that allowed the firm to invest in all parts of the capital structure. Today, its alternatives platform covers more than just primaries, secondaries and co-investments. Its speciality areas include Marquee Brands, a platform that enters into long-term licence agreements with brands such as Martha Stewart and Parisian retailer BCBGMAXAZRIA, providing investors with stability and yield; a dedicated healthcare business called Athyrium; an insurance-linked strategy; and a publicly traded vehicle, among others. NB Alternatives also made a move into impact investing this year, launching a vehicle to support and co-invest alongside impact managers that want to scale.

Being part of a multi-asset investment firm is a key advantage when looking at transactions in various industries and geographies. “When we’re looking at doing something in the emerging markets, we benefit from our public market investors, both in debt and equity, who trade in those markets every single day, and who live in those markets. When we look at financing transactions, we’re talking to our credit people all the time, and we’re getting insights that you can’t get off a Bloomberg machine,” says Tutrone.

Tutrone shows visible enthusiasm for the firm’s rigorous hiring process, which he says allows the firm, for the most part, to avoid the pain of hiring the wrong person for the job.

Tutrone describes the company culture as “very flat and very collegial”, and its marketing materials tout its “98 percent retention level of private equity managing directors and principals”. It’s been named one of the best places to work in money management by Pensions & Investments every year since 2013.

A director of a global executive search firm says candidates who worked with Neuberger are highly rated amongst their peer group. “It’s the investment savvy they have and the fact that it’s an organisation whose judgment and opinion is for sure rated. If you’ve got Neuberger Berman on your CV, then most other organisations would take you very seriously as a candidate.”

Longer-termism and the way forward

For this reason, Tutrone rejects the idea of the firm being a one-stop shop. “No one can be good in everything. There are going to be situations where we’ll come to the conclusion, even though others are invested in this area, that we don’t think it’s a good, long-term asset class. We’re not going to go there.”When NB Alternatives looks to move into a new product area, the first question it asks is: is there an investment opportunity? Key considerations also include its clients’ needs as well as whether the firm has any advantages – be it dealflow, information or experience – over its peers.

Tutrone also says the alternatives team weighs decisions based on whether the investor’s exposure is better achieved through publicly traded assets. “When we’re looking at an investment in China, we say: can we replicate these same returns streams in the liquid markets? If we can, then I think our client is better served to do it through the liquid markets.”

But the challenge for these global firms with more ‘asset manager-like’ profiles is whether the growth in product line-up benefits the returns.

“There’s a difference between the multi-strategy approach of a GP and LP,” the head of European private equity for a global investment firm says. “How does this new strategy benefit me as an LP in this fund? We want alignment of interest, we want the GP to do well when we do well.”

Aside from performance, market participants also question the consistency of talent across all product lines. “If you work at Neuberger Berman, you probably want to work at Dyal and not the unwanted stepchildren,” says a Hong Kong-based managing partner.

Neuberger Berman declined to provide performance figures for any of its funds, but Tutrone highlights the firm’s aim to create not just investment alpha, but also “service alpha”. “The needs of our clients go way beyond just the returns generated.”

Where does Neuberger Berman go from here? Listing is unimaginable to Tutrone and his partners, he says. “Fifty years from now, I don’t know what’s going to happen, but I can tell you that has never even been discussed by anyone on the partnership committee. And I’ve never spoken to anyone at Neuberger who thinks that would be a good idea.

“You can have a successful investment management business that is a public company. However, there are going to be decisions where you have to decide who’s more important, the public shareholder, or the investor? You have a responsibility to both.

“I am very happy we do not face these challenges.”