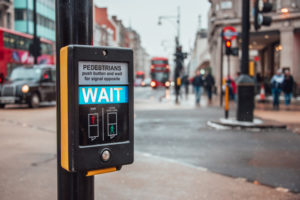 BMO Private Equity Trust, a London-listed investment company, has reported a 15 percent year-on-year decline in exit activity amid deteriorating economic and political conditions in the UK.

The Edinburgh-headquartered trust, which has £286.9 million ($352 million; €316 million) of net asset value, posted £25.4 million of total realisations and income in H1 2019, down from £29.9 million at the same point last year, according to its interim report.

The decline comes as part of a broader slump in European dealmaking. Private equity deal value slid 22 percent to €132.6 billion in H1 2019, down from €162.3 billion in the same period last year, according to PitchBook. The number of deals also fell to 1,270 from 1,480 year-on-year.

“The economic and political background has deteriorated over the last few months with a resolution to the Brexit impasse appearing no nearer and the threat of ‘no deal’, or something close to it, rising in probability,” BMO investment manager Hamish Mair said in a statement. “Both the UK and German economies appear to be at real risk of dipping into recession and similar trends are seen elsewhere in Europe. Notwithstanding these challenges there is a very healthy amount of activity within the private equity market internationally.”

Notable realisations during the period included £4 million from August Equity‘s sale of cybersecurity firm SecureData to telecoms giant Orange at a 7.2x multiple and 35 percent internal rate of return, though it is unclear whether these figures are net or gross. Hutton Collins returned £900,000 on the exit of restaurant chain Wagamama through its sale to the listed Restaurant Group at a 2.6x multiple and 17 percent IRR.

“There has been exit activity in every section of the portfolio and the mature element of the portfolio is expected to continue to yield a healthy flow of realisations in the second half of the year,” Mair added.

The trust faced several devaluations across its portfolio, with PineBridge New Europe Fund II, a €523 million 2006-vintage managed by New York’s PineBridge Investments, dropping £600,000 on the back of weak trading in some of its key remaining holdings and the “lowish” exit value of car battery recycler Orzel Bialy, according to the H1 report.

“There are some companies in the portfolio facing challenges, but the general picture is one of good progress and the broadly-based rise in valuations underlines this,” Mair said. “Our dealflow in both funds and co-investments is strong and we expect to add a number of new investments over the remainder of the year.”