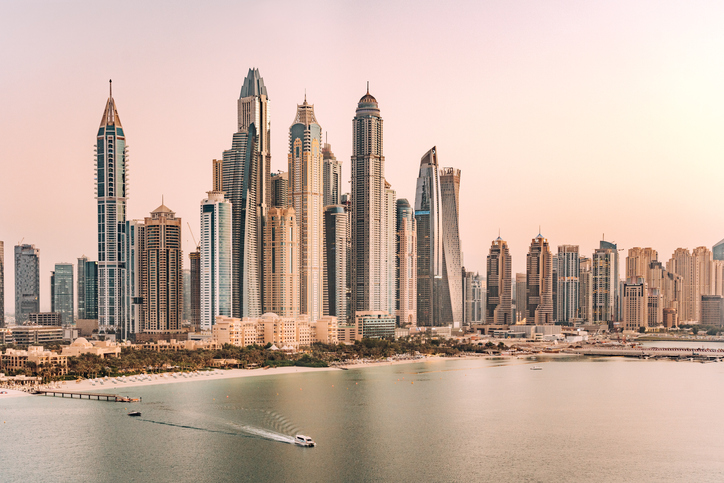 Abraaj Group is being dismantled.

The firm’s regional funds are currently embroiled in lengthy sales processes. A host of familiar names – Actis, TPG, Brookfield Asset Management, Franklin Templeton and Actera – have been linked with different parts of the moribund business. Colony Capital’s acquisition of Abraaj’s Latin America business is the only sale completed to date.

Beyond the Abraaj founder Arif Naqvi, who in January reportedly found himself on the receiving end of a law suit from portfolio company Air Arabia, Private Equity International looks at the firm’s partners and regional heads who remain and those who have already departed.

Omar Lodhi
Lodhi is an almost two-decade veteran of the firm and led the firm’s three investment management teams with a main focus on Turkey and the Gulf until 2009. He moved to Singapore in 2013 to establish Abraaj’s operation there as chief executive of Abraaj Capital Asia, where he was also responsible for investor relations coverage across the Asia-Pacific region and oversaw the opening of Abraaj’s Indonesia office.

Lodhi, who declined to comment for this article, was one of two co-chiefs appointed in February 2018 and remains at the firm as an executive director, according to his LinkedIn profile. He is expected to depart the firm once the sales processes have been completed.

Selcuk Yorgancioglu
Partner and Turkey head Selcuk Yorgancioglu recently submitted his resignation, according to a source with knowledge of the matter. Yorgancioglu, an 11-year veteran of Abraaj, will continue to lead Abraaj’s Turkey business alongside partner Omar Syed until the end of April.

Yorgancioglu and partner Omar Lodhi were named co-chief executives of its fund management business in February 2018 but stepped back from their duties in June following the appointment of Deloitte and PwC as joint provisional liquidators. The pair stayed on board to assist with the management and sale of Abraaj’s funds.

Yorgancioglu had been expected to lead the Turkey business post-sale, the Financial Times reported in October.

Wahid Hamid
Managing partner Wahid Hamid was focused on value creation as global head of the Abraaj performance acceleration group. Hamid remains on the firm’s investment committee to oversee follow-on investments or repay debt facilities for portfolio companies across its various funds, according to a source familiar with the matter.

Sev Vettivetpillai
Former managing partner Sev Vettivetpillai made headlines last year when he joined LGT to lead its newly formed impact team. The appointment was short lived; he is planning to leave the Lichtenstein-based firm as part of a leadership restructuring, the Wall Street Journal reported last month.

Ahmed Badreldin
Partner Badreldin headed investments for the Middle East and North Africa region before his departure from Abraaj in September 2018. He is understood to have been asked by Abraaj’s limited partners to continue as a director of ANAF I and ANAF II advising these funds until they are fully exited or acquired by a third party, according to a source with knowledge of the matter.

Badreldin is expected to continue focusing on private equity in the region by raising a new fund backed by an institutional asset manager when he concludes his activities supporting the Abraaj provisional liquidators and LPs on certain funds, the source noted.

Miguel Angel Olea
Olea joined the firm in 2012 and was promoted to regional head Latin America the following year, according to his LinkedIn profile. He was part of the senior management team taken across to Colony LatAm Partners following Colony’s acquisition of Abraaj’s LatAm operations earlier this year.

Mustafa Abdel-Wadood
Former global head of private equity Abdel-Wadood departed the firm in March 2018 after 11 years and is now a Dubai-based “investor”, per his LinkedIn profile.

Humayun Shahryar
Shahryar was a founding member of Abraaj in 2002 before leaving to found Dubai early stage capital provider Auvest in 2006. He rejoined Abraaj in October 2016 as a partner and member of the global investment committee before resigning in February 2018. He has since returned to Auvest, per his LinkedIn profile.

Tas Anvaripour
Anvaripour, who had operated from Dubai and Istanbul in her two-year stint as global partner for energy infrastructure at Abraaj, joined African infrastructure developer Themis as chief executive in January 2018, according to her LinkedIn profile.

Jacob Kholi
Kholi joined Abraaj when it acquired Aureos in 2012, where he had been since 1995, and later served as its chief investment officer for sub-Saharan Africa. Kholi has since joined T5 Africa Capital Partners along with a number of ex-Abraaj executives, according to PE Africa News.

Carsten Jorgensen
Jorgensen joined as head of credit in 2016 and is understood to be still at the firm.

Omar Syed
Turkey partner Syed joined Abraaj in 2007. He is understood to be still at the firm overseeing the management and sale of its Turkey business.

Saad Zaman
Saad Zaman was a partner in Abraaj’s energy infrastructure team. He is currently founder and group chief executive at Dubai-based renewable energy firm Burj Capital, which completed its first clean energy project in Pakistan in March 2018, according to a statement.

Is anyone missing? Are you a former Abraaj partner and want to update us? Let us know: alex.l@peimedia.com

Mark Bourgeois, Ashish Dave and Waqar Siddique
The whereabouts of some Abraaj alums are unknown, including Waqar Siddique, a managing partner, head of risk and compliance and Naqvi’s brother-in-law, who did not respond to a request for comment. Former global head of investor engagement Mark Bourgeois and former chief financial officer Ashish Dave are no longer reachable at their Abraaj email addresses.