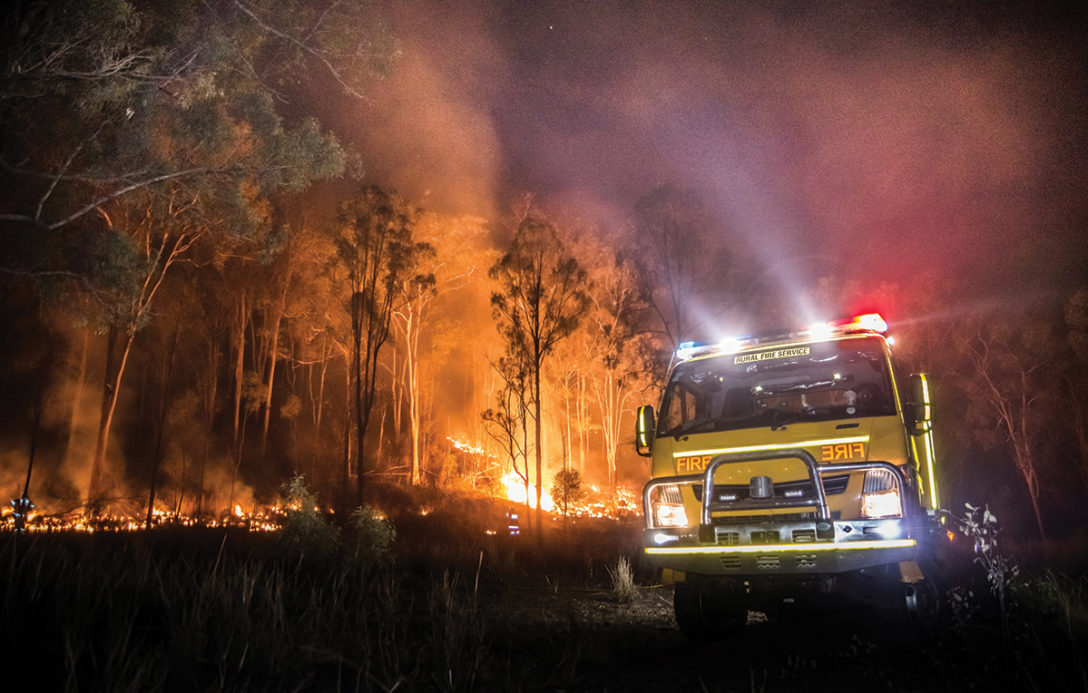 Australian private equity firms could be forgiven for writing off 2020; the ash from months of catastrophic bushfires earlier this year had barely cooled when the country was plunged into coronavirus lockdown.

The market had been reasonably active in preceding years. Private equity deal value climbed 18 percent to $12 billion in 2019 and the number of transactions fell just 5 percent to 52, according to Bain & Co’s Asia-Pacific Private Equity Report 2020. Eight of the 20 largest transactions in Australia over the past decade occurred in 2018 or later, per S&P Global Market Intelligence.

Although domestic firms raised $1.2 billion across seven funds last year, the lowest total since 2013, this was on the back of $8.6 billion across 16 funds the previous year, according to PEI data. The private capital industry has $13 billon of dry powder available to deploy in Australia as of May, according to the Australian Investment Council.

Major deals of the past 12 months include Silver Lake’s $1.3 billion acquisition of ticketing business TEG in October, KKR’s $1.1 billion investment into wealth management company Colonial First State in May and Chicago-based Madison Dearborn’s purchase of a controlling stake in disability employment service provider APM for around $470 million in March.

“The larger end of the market is very competitive and contested. It’s a small space and everything’s been picked over,” Neil Stanford, head of private equity at Australian superannuation fund Hostplus, told Private Equity International in September. “Managers talk about deals that have fallen through because an overseas manager has come in, a competitor’s got a strategic advantage over them or they couldn’t compete on price.”

Exits suffered last year, with transaction values plummeting 78 percent to just $3 billion and exit count falling 73 percent to 12, per Bain & Co. KKR was among those stung by pricing, having cancelled a planned intial public offering for lender Latitude Financial in October because investors wouldn’t match the expected value, Reuters reported.

Australia has dealt with covid-19 reasonably well compared with its western peers: at the time of writing, the country had confirmed 7,263 cases and 102 deaths. Neighbouring New Zealand – often the joint target of Australia funds – lifted nearly all restrictions in early June after declaring itself virus-free.

However, private markets haven’t escaped unscathed. Some 81 percent of private capital-backed companies in Australia had stopped some or all commercial activities due to coronavirus restrictions as of May and 75 percent had been forced to reduce their workforce, cutting more than 6,000 jobs, according to the AIC.

The Australian government introduced a coronavirus-related JobKeeper Payment programme in March similar to the Payroll Protection Program in the US and, while the hurdles were initially difficult to meet for private equity-backed companies, it later changed the eligibility criteria to include alternate tests to assess a fall in turnover, among others.

“It’s clear the government JobKeeper programme has played a very profound role in supporting business viability during the height of the pandemic”
Yasser El-Ansary, AIC

“While we have seen large scale job losses in some sectors of the economy, particularly in those B2C sectors like hospitality and tourism, it’s clear the government JobKeeper programme has played a very significant, very profound role in supporting business viability during the height of the pandemic,” Yasser El-Ansary, chief executive of the AIC, tells PEI.

“That being the case, there’s also a level of cautiousness around what happens when some of those programmes are no longer there.”

But the pandemic has also spawned opportunities. Australian theme park and cinema operator Village Roadshow, for example, granted buyout firm BGH Capital exclusive access to its books in May, despite the firm cutting its initial offer by 40 percent after the crackdown on public venues.

“Some valuations have actually gone up because companies that have survived covid-19 have risen to the apex of the food chain. Listed comparables for things like cloud businesses have trended upwards so they’re becoming more expensive.”

While private equity managers are well-stocked with capital, there were fears earlier this year that Australia’s superannuation funds might encounter liquidity issues due to early
withdrawals.

The government changed regulations in April to allow people suffering from financial hardship as a result of covid-19 to access up to A$10,000 ($6,859; €6,116) from their superannuation accounts before 30 June this year, as well as an additional A$10,000 after that date.

Superannuation funds had paid out almost A$16 billion under the Covid-19 Early Release Scheme as of 14 June, according to the Australian Prudential Regulation Authority.

“Many people underestimated the liquidity of these funds,” Mano Mohankumar, senior investment research manager at superannuation research firm Chant West, notes. “We’ve seen little evidence of any forced selling of unlisted assets and, so far, they’ve been able to maintain or track very closely to their preferred asset allocations.”

“Consolidation should be a net positive to the way superannuation funds go about committing to private equity”
Steve Byrom, Potentum Partners

Australian superannuation funds had a 4 percent allocation to private equity and venture capital as of April 2019, according to the AIC. This is well below the 16 percent held at the time by Future Fund, Australia’s A$162 billion sovereign wealth fund, and 8 percent by the US’s 200 largest pension funds.

What the Covid-19 Early Release Scheme could mean for illiquid appetites remains to be seen.

“Superannuation funds have had access open up via the Covid-19 Early Release Scheme so they’ve wanted to hold a bit more cash and are holding back a bit on making new illiquid investments,” Steve Byrom, founding partner of LP advisory Potentum Partners and former head of private equity at Future Fund, says.

“There’s a bit of uncertainty around how much to allocate due to a combination of early access withdrawals and market volatility.”

But rising consolidation means domestic LPs could pack more of a punch in future.
First State Super and VicSuper are set to create an A$128 billion superfund on 1 July, while MTAA Super and Tasplan are in talks to create a A$24 billion tie-up. In 2019, QSuper and Sunsuper began initial discussions to create a A$188 billion entity, and Hostplus completed a merger with the $600 million Club Super.

These mergers are driven in part by the desire to lower costs to beneficiaries through economies of scale and to carry more weight in the private markets, sister title Infrastructure Investor reported in March. Larger funds could internalise parts of the investment process or use their increased scale to commit capital alongside fund managers, rather than only into pooled funds.

AustralianSuper, the country’s largest superannuation fund, for example, has already started co-underwriting deals and reportedly did so for BGH Capital’s A$2.3 billion acquisition of education business Navitas last year.

“There are economies of scale to be had in asset management because you need to spend a lot of time relationship building and that requires a lot of bodies,” Byrom adds. “Consolidation should be a net positive to the way superannuation funds go about committing to private equity.”

The potential for greater domestic appetites should come as welcome news for a market grappling with how to treat international investors.

Previously, foreign investments in sensitive businesses such as telecommunications and transport had been subject to a A$275 million threshold for monetary screening, or A$0 for any entity classed as a foreign government investor, which included public pension funds or sovereign wealth funds.

Monetary screening thresholds for all sectors and investor types were reduced to A$0 and the Foreign Investment Review Board assessment process extended from 30 days to six months.

This was a potential concern for GPs with significant exposure to foreign LP capital. However, the regulations were altered in June to stipulate that private equity investors would no longer be treated as FGIs purely by virtue of passive upstream investors who are foreign government entities, and will instead be subject to the same monetary thresholds as other foreign investors, per a note from law firm White & Case.

The government intends to make these revised rules permanent from January 2021. That private equity will not be unduly punished for its exposure to foreign capital will come as welcome news to GPs.

“We’re seeing a significant delay in approvals of FIRB applications even before the threshold was changed in March,” a managing director at an Australian private equity firm tells PEI on condition of anonymity. “If a seller is tossing up between two buyers who’ve offered a similar price, they might be more inclined to choose the one that doesn’t require FIRB approval.”