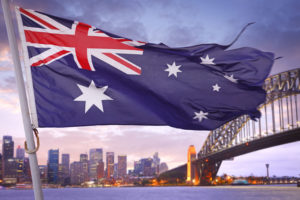 Adamantem Capital, an Australian buyout shop founded by a pair of former dealmakers at Pacific Equity Partners, has returned to market with its sophomore fund.

Fund I was around three-quarters deployed as of September, co-founder Anthony Kerwick told Australian Financial Review at the time. “We would imagine in the first half of next year we would be raising a second fund and I think that will be of a similar size and same strategy to the first,” Kerwick said.

Kerwick, previously a managing director at PEP, launched the firm in 2016 alongside former colleague Rob Koczkar. PEP filed a claim in the New South Wales Supreme Court in 2017 alleging that the Adamantem team might have been using confidential information from their time at the firm to promote their own fund. The case was dismissed in November that year.

Adamantem has completed six investments to date, according to its website. The portfolio includes healthcare provider Zenitas and electrical producer Legend Corporation, both take-privates.

The firm is likely to be joined on the fundraising trail by CPE Capital, formerly CHAMP PE, which is expected to seek between A$800 million and A$900 million for its fifth flagship fund, PEI reported in June. The firm rebranded in September following a decade-long transition of leadership.

Compatriot Archer Capital is also understood to be in market, having slashed its target to one-fifth of its original A$1.5 billion goal due to succession issues. Deal-by-deal firm Liverpool Partners is pondering a debut fund of around A$200 million to A$300 million, PEI reported in May.

Australia has seen its private equity deal count plummet this year amid competition for assets and soaring deal values. Firms had completed just 20 private equity deals in Australia as of September, well below the 107 signed last year, according to the Australian Investment Council and EY. Spending has remained high, with the $10.1 billion deployed not far off last year’s $17.5 billion.