Managing directors Jay Park and Muhammad Mian, and director Matt Roberts have founded Prysm Capital, according to two sources familiar with the matter. The three are understood to have left BlackRock in July.

Princeton-based Prysm provides flexible growth capital for tech, consumer and healthcare companies to grow their business, launch products, expand into new geographies, make acquisitions or provide liquidity to shareholders, according to its website. Park, Roberts and Mian have five decades of investment experience between them, the website notes.

Park spent almost two decades at BlackRock and served on the PEP unit’s management and investment committees. He was responsible for the sourcing and diligence of primaries, secondaries and direct co-investments, according to his profile for a global industry conference.

Roberts spent nine years at BlackRock, where he invested in companies in the US and Asia and was a founding member of the team’s Hong Kong and San Francisco offices, according to Prysm’s website.

Mian also spent nine years at the firm and served on the board of at least six portfolio companies. He began his career at Merrill Lynch Private Equity Partners.

Funds focused on growth equity raised $50.8 billion in the first half of this year – a 73 percent year-on-year increase – according to PEI data. Growth was the only strategy that had an increase in capital raised in final closes during the period.

Prysm is the latest addition to the growth strategy. Providence Equity Partners is seeking €750 million for a Europe-focused growth fund and hit the $2 billion hard-cap for its US-focused Providence Strategic Growth IV fund in mid-July, PEI reported on Wednesday.

– This report was updated to show Mian was a managing director at BlackRock and Roberts was a director. 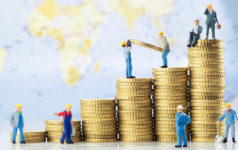 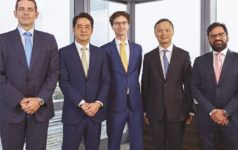 Asian markets find themselves in the calm before the storm 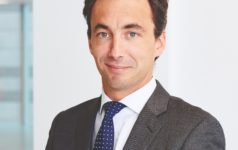