The last time Blackstone broke the record for the largest private equity fund ever raised – as it did again this week with Blackstone Capital Partners VIII – it was July 2007 and the world was just about to descend into global recession.

Scary stuff. But rather than fret about what raising such a mega mega-fund “says” about where we are in the market cycle, let’s take a closer look at Blackstone’s strategy. If the cycle breaks now, how could the mega firm fare?

As global head of private equity Joe Baratta told us earlier in the year, Blackstone sees its competitive advantage at the large, more complicated end of the market – where not many others are capitalised enough to play.

“Our available market is the whole of the public market cap in the world above $5 billion. That is not a small market, that’s a giant market.”

Blackstone has proven itself capable of delivering strong returns whatever the weather: yes, BCP V’s internal rate of return took a knock – it was delivering a net IRR of 8 percent as of 31 December, likely a result of extended hold periods as it rode out the macro storm – but it’s still delivering a very respectable 1.9x multiple on invested capital. (Check out our interactive Performance Watch on Blackstone’s funds for full performance details for all its private equity vehicles.)

Yes, there’s been a coinciding rise in large private equity deals, but Potter points out one of the more popular private equity themes in the last few years has been targeting the US mid-market, companies of between $2 billion and $5 billion.

“Given its popularity, it would be reasonable to expect that opportunities of that size [upper mid-market] have been fairly well picked over and offer indifferent returns. It follows that companies of a slightly larger scale that have been historically out of reach may well offer better comparative value.”

That comparative value is only likely to increase as the market turns. By setting its sights so firmly on companies in the very highest echelons of where private equity can reach – and furnishing itself with some serious firepower to capitalise on it – Blackstone may have in fact lifted itself out of harm’s way. 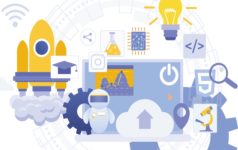 Tech lifts off in lockdown 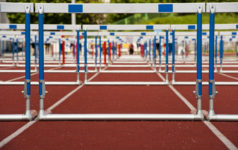 LP Tearsheet 14 hours ago
Added to your Saved Articles
Loading
Unsave Article
Please confirm you would like to remove this article from your saved articles.
Share with other subscribers
Only logged in subscribers of this site will be able to access the shared article.