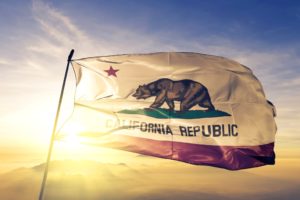 The committee agreed to alter the definition of a “customised investment account” in the CalPERS glossary of terms. The committee did a first reading of this policy change in November, and on Monday did a second reading of the same definition with further slight changes before approving it.

Originally, the definition was: “An investment structure in which CalPERS partners with a firm that has distinct investment expertise in an industry, geographic region or investment style and has demonstrated the ability to provide top-quartile returns. Other than the general partner, CalPERS would be the sole investor. This structure may have an individual mandate or may invest alongside other similarly structured funds in the same investments with different terms.”

After feedback from last month’s first reading, staff returned with the following proposed language for the first line: “An investment structure in which CalPERS partners with a firm that has appropriate investment expertise for the proposed investment strategy.”

Meketa Investment Group, CalPERS’s private equity consultant, submitted a short letter supporting the changes, saying, “The proposed changes to the policy would provide staff with an expanded set of potential CIA sponsors to choose from and thereby increase staff’s ability to select attractive, appropriately experienced managers to partner with.”

Board members Stacie Olivares and Margaret Brown took issue with the use of the word “appropriate”. Olivares said the term was “vague”.

After some back and forth with Meketa representatives, investment committee vice-chair Theresa Taylor suggested staff consider substituting the word “suitable”.

Chairman Rob Feckner agreed, and the motion passed with the understanding that the change in language would be reviewed by staff. Chief investment officer Ben Meng expressed approval for the possible change.

The increased flexibility for staff comes just as CalPERS appears to be considering how to up its private equity allocation, possibly to as high as $10 billion a year, as sister publication Buyouts reported.

According to a Meketa presentation last month, options include more co-investments, as reported by Private Equity International, expanding its manager roster, or again pursuing a seemingly-dormant and controversial strategy to create its own funds and hire external managers to run them, as Buyouts reported.

CalPERS’s current fund value is $392 billion, according to its website. $27.64 billion of that is in private equity. It recently committed to two Leonard Green funds as well as the new Madison Dearborn fund, as Buyouts reported.