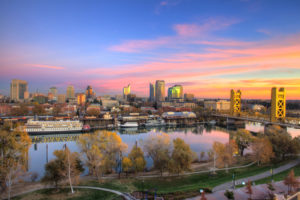 The California Public Employees’ Retirement System committed more capital to private equity in the first half of 2019 than it has since the global financial crisis as it seeks to implement its restructured programme for the asset class.

CalPERS committed $4.3 billion to private equity in the first six months of 2019, $100 million more than the total capital committed in 2018. This is an almost four-fold increase since 2009, according to documents prepared for its August 2019 investment committee meeting.

The $377 billion pension has been increasing the pace of annual commitments to private equity in the last decade, with an average of $2.9 billion per year.

For the first half of 2019, the pension completed nine commitments totalling $3.6 billion. Among its largest commitments in the six months to June are $550 million to Advent GPE IX, $582 million to Permira VII and $750 million to Blackstone Capital Partners VIII.

The Sacramento-based pension outlined plans to revamp and expand its private equity programme over the coming years, including adding two direct strategies and restarting its co-investment programme.

The approval in principle was made in March this year, however its timeline is still unknown and hinges on successful negotiation with investment partners.

Private equity accounted for 7.1 percent, or $26.5 billion, of CalPERS’ total assets as of end of June, slightly below its policy target of 8 percent. Fund commitments made up 69 percent of CalPERS’ PE portfolio for the period, of which mega and large buyouts accounted for 56 percent.