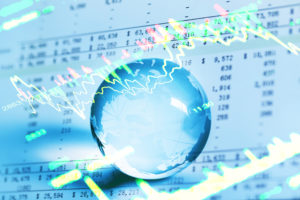 The California Public Employees’ Retirement System’s transparency about its private equity directs programme has created competition for the pension.

Speaking at CalPERS’ 16 September board meeting, Andrew Junkin of Wilshire Consulting said a large asset allocator had started a fund to invest in the types of assets that Pillar IV – one of the pension’s two directs programmes – would focus on.

The new asset allocator has lifted out a team “from an appropriate location” and “is in competition with you now”, Junkin said, adding that the entity had been seeded by CalPERS’ peers. He did not disclose the name of the competitor.

Last year, CalPERS said it was proposing a programme called Pillar IV: Horizon which would make long-term investments in core economy established companies as part of its revamped approach to private equity. Under the proposed structure, CalPERS would create a limited liability company and hire or engage managers to drive the strategy. The Horizon pillar is expected to grow to around $10 billion with larger, less frequent investments, Private Equity International reported.

The competitor asset allocator started the fund “not because they knew you were interested but because they sensed there was a market opportunity”, Junkin told the CalPERS board. “You talking about it indicated that there was at least some demand for it.”

CalPERS’ public discussions around Pillar IV may have changed the pace for the asset allocator’s new fund, Junkin added. In any case, it affected CalPERS’ ability to hire a team, he said.

“Certainly they will be bidding against you in future private equity deals,” Junkin told the board members.

However, this was an instance where transparency was warranted, Junkin said.

Consultants Wilshire and Meketa Investment Group also made a presentation on information as an asset at the meeting. The presentation was prompted by board members revealing sensitive information in public that hampered the staff’s efforts, two sources familiar with CalPERS’ thinking told PEI.

CalPERS, Wilshire and Meketa declined to comment on who prompted the presentation on information as an asset.

“Information asset is a very forward way of thinking about it in today’s world,” Meketa’s Stephen McCourt told the board. CalPERS and other pension plans had to maximise the ideals of transparency and information management, he added. “At the end of the day those two don’t mix but collide.”

CalPERS has had board members, sometimes inadvertently, share confidential information in the public domain. New board members have often pushed for information on investments and policies around transparency that have resulted in some information leakages, the two sources said.

For instance, CalPERS board president Henry Jones divulged in August that potential candidates to run the pension’s two direct funds – Pillars III and IV – had decided to back out of the process after news of their potential hiring was leaked to the press, according to sister publication Buyouts.

At a 19 February meeting, board member Margaret Brown revealed information on fees and carried interest. “When we talk about Pillar IV, we’re always talking about, oh, we’re going to beat [traditional PE fund model] two and 20. But in looking at our closed session materials, we get an update on private equity completed under delegated authority. And when I look at those deals going back – I went back four years, just sort of randomly checking – and they were never two and 20.”

Brown was repeatedly told by then-chairman Bill Slaton that several queries she was raising would be answered in the closed session prompting her to reply: “Okay. So I won’t ask about term sheets. That’s closed session. And then full details on costs, that would be closed session as well?”

Previous CalPERS president Priya Mathur had disclosed that the pension system would not own the companies being created under Pillars II and III, prompting intense public discussions, former board member JJ Jelencic told the board during public comments at the September meeting.

These leakages put the investment office in an awkward position, especially when it is trying to progress with its private equity strategies, the two sources said.

Information has power and there is no right answer on what information to share and what to withhold, Junkin told the board.