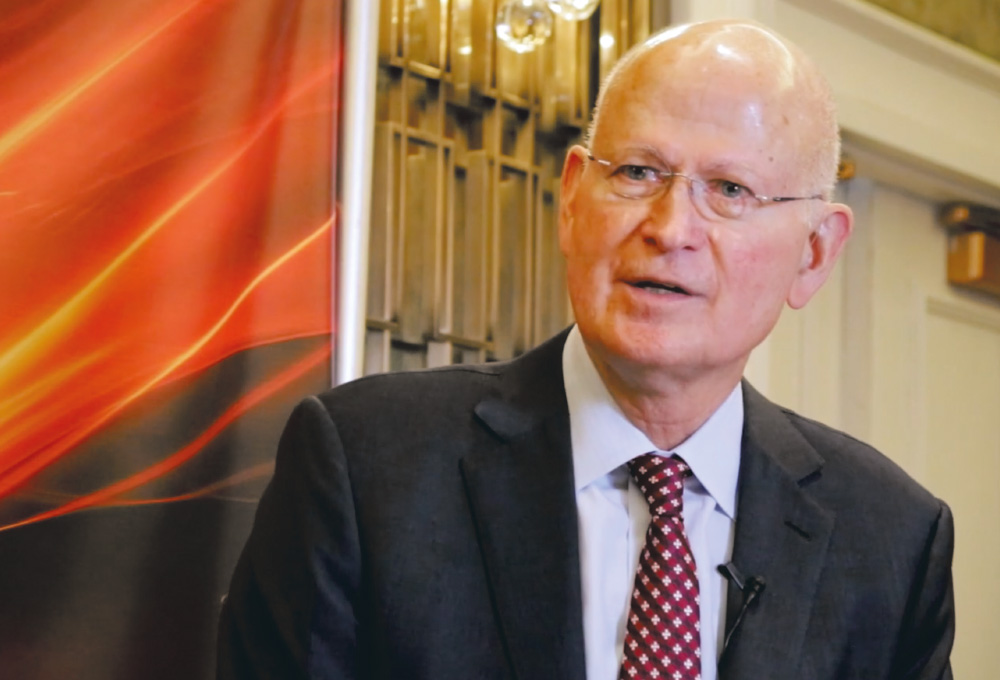 For a founding father of the private equity industry, Carl Thoma has a quieter profile than his peers. When he took to the stage at the 17th annual PEI CFOs & COOs Forum in New York in January, Thoma cuts an unassuming figure – and he prefers it that way.

“Private equity and venture capital should be represented by the companies that we back, and we’re just kind of those silent investors that nobody knows about, because our success is predicated on the success of the companies,” he says.

“I think sometimes our industry has gotten so big… we’ve gotten a little bit more kind of self-centred.”

Thoma, speaking before the escalation of the coronavirus crisis, was referring to the intensification of anti-private equity rhetoric, which he saw as tied up in the anti-wealth movement.

When Thoma started out in the industry, it was small enough that practitioners were “fighting for survival and recognition to get pension funds to be able to invest in our space”. This meant private equity and venture capital leaders were spending a lot more time in Washington getting to know their congressmen and senators, telling the stories of the industry’s successes in creating jobs and boosting local economies.

“It seems like now we’ve all turned that either over to our lobbyists or our PR firms, or we’re too busy to go. But we’ve got to start to make time to get in touch with Washington, our state legislators, let them know that what we’re doing is efficiently allocating capital, it’s a superior form of governance and we’re creating jobs.”

The key to this – and one echoed by not only other conference panellists and delegates but by those representing the industry on myriad platforms – is to foreground the portfolio companies.

“We’ve got to really go back to promoting our portfolio companies” by telling these stories in local communities. Thoma gives the example of one of the firm’s portfolio companies, Cleveland-based Hyland, in which the firm has been invested for 12 years. “They’ve got a lot of coverage in Cleveland, everybody loves them, [they are] the largest technology employer there, they give back to the community. But hundreds of hours have gone into telling their story in Cleveland.”

He stresses that part of that success in storytelling is no doubt down to the company’s location – outside the metropolises of San Francisco, Chicago and New York, where the press is likely more receptive and the company leaders are more directly engaged with the community.

Thoma – who grew up on a ranch in the Oklahoma panhandle – began his career at First Chicago Equity Group before setting up Golder Thoma & Co alongside Stanley Golder in 1980. This became Golder, Thoma, Cressey, Rauner – better known as GTCR. In 1998, GTCR split into two firms, one of which was Thoma Cressey Equity Partners, formed by Thoma, Bryan Cressey and Lee Mitchell.

After Cressey departed to found his own shop in 2008, the firm added Orlando Bravo – who had been a driving force behind the firm’s pivot from a generalist buy-and-build shop to one focused on software, healthcare and business services – to the firm’s title, creating Thoma Bravo.

Since then, the firm has expanded rapidly to $40 billion in assets under management today. And it’s soon to be a lot more: not only is the firm gearing up to raise its first small-company fund, Explorer, which will target up to $1 billion, per sister title Buyouts. In October 2019 Bloomberg reported that the firm would launch its 14th flagship pool this year with a target of up to $15 billion.

Such rapid growth has necessitated a rapid scale-up of the firm’s non-investment staff, which has grown from 10 people 10 years ago to 51 in 2019, far outpacing the investment professionals, which have increased from 14 to 46 over the same period.

Considerably larger funds – plus the expansion into new fund families, such as credit and small-cap –lead to greater complexity in everything from ESG reporting to taxes.

“Our investors are more demanding than ever. That transparency, openness, accuracy, quick access to any information they want is very demanding. They expect more out of a larger institution than they do a smaller one – which is appropriate, we’re getting more management fees.”

All this means that “you can’t survive as a larger fund unless you have an A-plus operations and financial team”.

Unlike other private equity firms, Thoma Bravo keeps its administrative team literally separate from its dealmakers – the former is based in the firm’s original headquarters in Chicago, while the deal teams are in its large San Francisco office.

“It allows both teams to really stay focused and build a culture around what they do,” Thoma says. On a practical level, this means a fair amount of travel coupled with telephone and video conference calls.

The biggest challenge for the finance function to keep up with during Thoma Bravo’s meteoric growth has been raising an increasing amount of capital outside the US. However, now that the firm has reached the scale it has, Thoma sees it entering more of a steady state.

“Whether you’re running $40 billion or $100 billion, a lot of those issues won’t change. But they hit you when you, say, go from $10 billion to $40 billion, because…you cannot have a large fund unless you’ve got quite a bit of international money. There’s just not enough money from US pension funds and foundations and universities to fund these large funds that you read about.”

Unusually for a fund manager, Thoma sounded a note of caution about investors committing too much of their portfolios to illiquid assets.

“The more money that gets committed to private equity, you have to balance that across your portfolio in making sure you’ve got liquidity in other pockets,” Thoma says.

“Sure, there’s a lot of secondaries funds being developed, but I think to me, the biggest risk of [the growth in private equity] is the fact it imposes illiquidity; in some portfolios, 20-30 percent of their portfolio is now in illiquid assets. And I sense some managers are not thinking enough about the lack of liquidity that’s creeping into their portfolio. They’ve got to try to balance that better.”

Thoma told delegates that he foresees a time within the next decade when private equity’s traditional “two-and-20” fee structure is no longer feasible.

“They definitely will come down, because eventually, as we all know, we will hit a recession, and when we go into recession, opportunities to get liquidity drop,” he says, adding that fund managers are paying “super high prices” right now.

“It’s hard to imagine fees expanding much now in public or private sectors; there is the risk they go down” potentially to something around the “1.5-and-15” mark.

“I don’t see any disasters out there, but I see just rates of return have to come down. We’re not manufacturing enough new companies for private equity to go buy.”

“If you really felt the taxes totally drove all your behaviour, there wouldn’t be a single person living in California. And yet they all keep living out there.”

Thoma also anticipates capital gains tax treatment of carried interest will be gone “in the next four years” – admittedly a prediction made before covid-19 sparked an economic crisis. However, if it does happen, it’s unlikely to have a meaningful impact on how the private equity industry operates.

“Most people in our industry are there to build companies, not to see how rich they can get,” he says.

“If you really felt the taxes totally drove all your behaviour, there wouldn’t be a single person living in California. And yet they all keep living out there.”