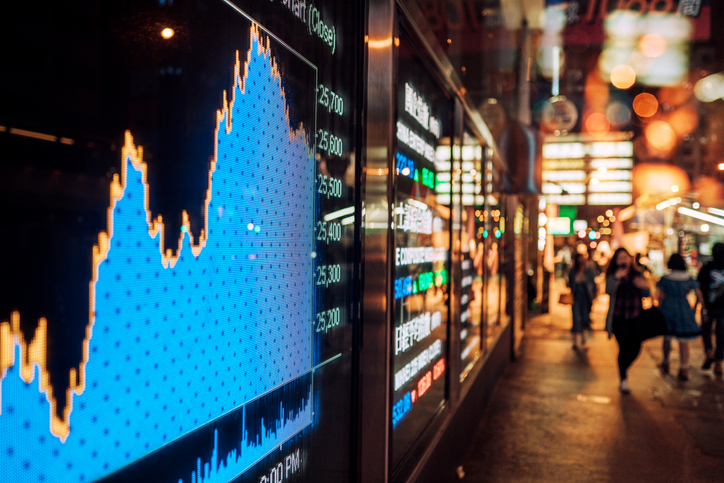 “I believe by far, because of the size of the company we invest in, that the most important exit is the public market,” Yang Xiang-Dong, managing director and chairman of the region at the alternatives giant, told Private Equity International.

“Historically, it has been US and Hong Kong for Chinese companies and I think increasingly there will be more Chinese stock market [listings].”

Carlyle has exited $23 billion in Asia since inception, more than half of which was Chinese assets, and also has pedigree when it comes to listing mainland Chinese companies overseas.

“There’s still a lot more liquidity in the US markets, that’s why a lot of Chinese companies still want to go there and depending on the nature of the business sometimes it’s a little bit more user-friendly,” Yang said.

However, Chinese exchanges are on the up. Greater China listings rose 29 percent by volume and 72 percent by proceeds year-on-year for H1 2020, with Shanghai and Hong Kong’s exchanges the most active globally, according to EY. Greater China IPOs were also on track to hit a historic high for Q3 as of October, with deal numbers and proceeds up 152 percent and 139 percent respectively from the same period last year.

IPO activity has been driven in part by Chinese companies listed on US exchanges opting to conduct secondary listings in Hong Kong: Alibaba did so last year, followed by Chinese gaming company NetEase Inc and e-commerce giant JD.com in June. The introduction of Shanghai’s STAR Market for high-tech companies in 2019 further expanded the IPO routes available for domestic firms.

“If you have a company that doesn’t have the proper track record but has the momentum and concept that people believe in, the US market is sometimes still the preferred market, but Hong Kong is increasingly becoming a major market,” Yang said.

“A couple of companies are going to list here that maybe a few years ago would have chosen to list in the US, and I believe [in the] next five years there’s going to be more listings in China.”

Chinese IPOs can be rewarding. Carlyle is understood to have generated a more than 7x gross multiple of invested capital on its 2005 investment into China Pacific Insurance, which listed in Shanghai and Hong Kong in 2007 and 2009 respectively. Display advertising provider Focus Media, which Carlyle took private from NASDAQ in 2013, generated a 4.5x gross MOIC after its relisting in Shenzhen two years later.

Still, Chinese firms listings in the US remain popular. As of October, companies based in China had raised $9.1 billion via US IPOs and were on track for the highest annual total since 2014, according to Bloomberg figures. Online beauty company Yatsen Holdings, which Carlyle backed this year, is gearing up for an IPO on the NYSE, per a November SEC filing.

There were 224 Chinese firms listed in the US with a $1.8 trillion market capitalisation at the end of 2018, according to SEC data.

Recent events could make the US seem less hospitable towards listed Chinese businesses. The Holding Foreign Companies Accountable Act, which passed the US senate this year, will require listed companies to disclose information proving they are not owned or controlled by a foreign government or face delisting – a requirement potentially at odds with China’s restrictions on overseas access to company records.

In August, the US State Department warned university endowments to consider divesting Chinese stocks lest these enhanced standards spark a wave of delistings from US exchanges.

Carlyle acquired a stake in Ant Financial via its Carlyle Asia Partners IV in 2018, according to the firm’s website. Yang declined to comment on Ant’s IPO.

“I think for exits to be more effective in China there needs to continue to be a more favourable regulatory environment [for] major shareholder to sell-down,” Yang noted. “There are restrictions on how much you can sell at any given time and also the capital markets are not so developed: you can’t just do a $2 billion trade [by calling] people at 4pm and at 6pm you get committed bids.”

Hong Kong is a popular alternative to listing on the mainland. The city ranked first globally in terms of IPO proceeds last year with 160 listings raising HK$307.8 billion ($39.7 billion; €33.5 billion), per KPMG. The stock exchange enacted major reforms in 2018 enabling China-focused businesses to conduct secondary listings and loosening its restrictions on technology companies, before announcing further plans in November to cut listing time from five business days to just one.

“Nobody would have anticipated the Hong Kong stock market changing over the last 12 months,” Yang said. “I’m a PE investor, so I’m supposed to be cautious, but in many ways I’m optimistic that the best days of capital markets for Chinese companies in Hong Kong and domestically is ahead.”