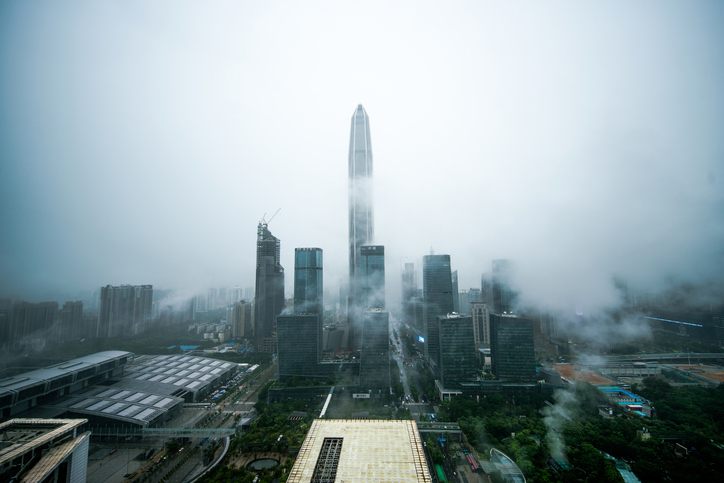 If one were asked to name the world’s largest private equity firms, a handful of US blue-chips would no doubt spring to mind. China Merchants Capital, a Shenzhen-based private equity firm, also deserves to be in the conversation.

CMC is – by any standards – enormous, overseeing 277.4 billion yuan ($41.8 billion; €35.3 billion) of assets under management across private equity, real estate and infrastructure, of which about 80 percent is allocated to PE. It has raised $27.9 billion of private equity capital since 2015, more than Bain Capital, Cinven and Apollo Global Management, according to this year’s PEI 300 ranking.

For a GP to be so large and yet comparatively unknown overseas is not unusual for China, which is awash with recondite fund managers. Previous estimates put the number of firms in China anywhere between several hundred to the tens of thousands, according to the Cheung Kong Graduate School of Business.

CMC manages 37 private equity funds, according to data provided by the firm. It employs around 260 people in Beijing, Shenzhen and Hong Kong, two-thirds of which are investment professionals split across seven sectors: transportation, infrastructure and logistics; real estate; finance and fintech; TMT; advanced manufacturing; green tech; and healthcare.

CMC’s largest vehicle is the 60 billion-yuan Yinhe Equity Investment Fund, according to its website. The 2016-vintage is a fund of funds that commits to the firm’s own vehicles within the high-end manufacturing and medical health sectors, among others.

It also manages the 30 billion yuan GuoXie Phase I Equity Investment Fund, a 2016-vintage targeting state-owned enterprise reform in areas such as logistics and urban infrastructure, and the 25 billion-yuan CCT China Merchants Buyout Fund, a 2017-vintage focusing on M&A, restructuring and pre-IPO opportunities across a number of sectors.

“The biotech/health sector is looking strong this year, due to covid and increased health awareness,” Zhang noted.

“We are also excited about cutting-edge technology sectors such as advanced manufacture, information technology, and any other tech sector that can drive the global economy and industrial development forward.”

The firm declined to disclose performance data for its funds.

Some of CMC’s capital was provided by government entities, as well as privately run businesses seeking industrial consolidation and financial institutions such as the Agricultural Bank of China, Kane Mauri Zhu, a Shenzhen-based analyst at CMC, told PEI via telephone.

“Part of that contribution came with a deal, and that deal is that: ‘If you take our money, you have to invest like a specific percentage of that money to privately owned, privately run businesses that are in our jurisdiction.’ … And that’s usually what’s special about the Chinese fundraising community, because we help each other.”

The firm is understood to have lofty ambitions: it aims to reach 1 trillion yuan of AUM – albeit over an unknown timeframe – a target that would place it in the same league as the likes of CVC Capital Partners, which had $160 billion of funds committed as of June.

Part of this expansion would be achieved through new relationships with international LPs. CMC is working with external consultants to that end.

Chinese GPs will be watching the US election with interest. Deteriorating relations between the US and China in recent years have prompted concerns in Asia that US public pensions will face government and public pressure to reduce their exposure or allocations to Chinese private equity funds.

“Although there are short-term frictions in geopolitics, we believe that the long-term political outlook will be benevolent to investors like us, who are looking for good companies to invest in and growing these companies,” Zhang noted.

The firm’s management fees sit anywhere between 0.8 percent and 2 percent, depending on the fund and LP, and carried interest is no lower than 20 percent. Unusually for China, its funds operate with a whole-of-fund waterfall, rather than the more common deal-by-deal structure.

“We’re also working with outside institutions to find out how we can activate and sort of capitalise on the deal-by-deal basis to better-motivate some of our top employees,” Zhu noted. “We understand that going deal-by-deal will sometimes pose more hazard, but even though it does, the huge returns and successful timeframes really motivates people.”