The Blackstone Group is set to greatly increase its exposure to Chinese real estate following the formation of a joint venture with one of the country’s biggest developers.

Sister publication PERE has exclusively revealed that Hong Kong-listed China Resources Land and Blackstone, the world’s largest private equity real estate firm by equity raised, have teamed up to develop a 6.45 million-square-foot middle-class housing development in Nantong, a city near the mouth of the Yangtze River and close to Shanghai.

The land is understood to have cost the partners approximately RMB7.5 billion (€920 million; $1.2 billion) of equity, and the multiple-phase project could cost as much as RMB11.5 billion in total when completely developed.

The first homes are expected to be offered for sale this year, and the development is slated to run over five years. The project, also including a 1.5 million-square-foot shopping mall, is expected to lead to further development collaborations between the two firms.

Blackstone is expected to put up 45 percent of the capital required – more than double the amount of equity the firm has invested in Chinese real estate since it first entered the market with the purchase of the Channel 1 shopping centre in Shanghai for RMB1.1 billion in 2008. China Resources Land will account for the other 55 percent.

Blackstone's portion of the equity is to come from its latest global opportunity fund, Blackstone Real Estate Partners VII, which closed last year on $13.3 billion.

China Resources Land, which has a market capitalisation of HK$138.1 billion (€13.6 billion; $17.8 billion), has become one of China’s biggest developers of mass housing since its founding in 1994. According to its 2011 annual report published last year, the firm was contracted to sell 32 million square feet of residential property for RMB36 billion, reflecting a 61 percent increase compared with that of 2010.

Blackstone declined to comment about the deal but, according to PERE sources, the joint venture is part of Blackstone’s efforts to ramp up its investing activities in China, particularly in mass housing development, which had been hit by various market cooling measures by the government in recent years.

The venture is also part of a strategy by Blackstone to increase its stable of development partners in China. The firm previously had partnered with another Hong Kong-listed developer, Great Eagle Holdings, for the development of high-end residential in Dalian, another port city in China, in 2010. The firm also is expected to rubberstamp a further joint venture with a logistics developer for the development of a number of industrial properties over the coming weeks.

Seperately, late last year, Blackstone agreed to the purchase of the Huamin Imperial Tower, a 530,000-square-foot office in Shanghai, from HuaMin Group, for approximately RMB2.7 billion. 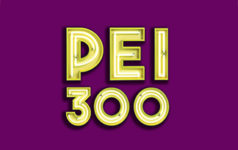 Is it Indonesia’s time to shine?

Featured 2 days ago
Added to your Saved Articles
Loading
Unsave Article
Please confirm you would like to remove this article from your saved articles.
Share with other subscribers
Only logged in subscribers of this site will be able to access the shared article.