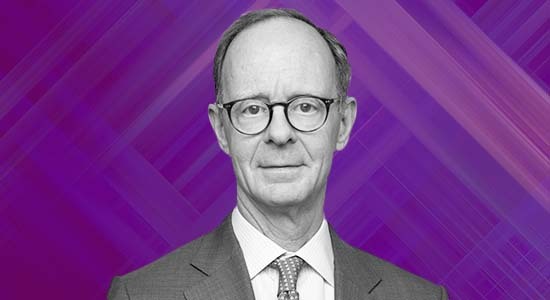 Chris Flowers is someone who knows a thing or two when it comes to the intersection of financial regulation and private markets investing. When Private Equity International sits down with the founder of JC Flowers & Co and veteran financial services investor, it’s the week after the US Securities and Exchange Commission has published the second of two huge proposals for private funds aimed at ensuring greater protection for investors.

“Having a level playing field that is seeking to protect investors will provide transparency and makes sense,” Flowers says of the proposals. While there might be some areas of the proposed rules that could be overly prescriptive, holding those who invest other people’s money to higher standards should benefit underlying investors, he adds.

“There is less scrutiny on private companies than there is on public companies, and there’s some sloppiness there,” says Flowers. “I think that is a quite sensible area for the SEC to be paying attention to.”

There was a time when Flowers and his eponymous buyout firm was the hottest name in town. The former Goldman Sachs partner is best known for his fabled 2000 investment in Japan in what would become Shinsei Bank, a deal that reportedly returned $1 billion to him personally when the bank floated in 2004. He’s also known for a series of troubled deals, such as Germany’s Hypo Real Estate and HSH Nordbank, made from the firm’s 2006-vintage $7 billion Fund II.

One might ask why, in the year 2022, should readers care what Flowers, whose last buyout fund was a 2015-vintage $613 million vehicle, has to say. For starters, Flowers is one of the most experienced financial services investors in this industry, playing a key role in advising major financial institutions on how to navigate the 2008 global financial crisis. It is natural, then, that one of the first topics up for discussion is the pandemic and whether Flowers has seen similar investment opportunities over the past two years as he did during the GFC.

“It was different from 2008 in the sense that we weren’t really anticipating a liquidity crisis,” Flowers says, adding that the firm has made several investments since March 2020, none of which were “children of the pandemic” assets, which is to say they were not bought due to pandemic-induced opportunities.

These deals include leading a consortium with Caisse de dépôt et placement du Québec, Qatar Investment Authority and others in an $800 million investment to set up insurance group Inigo in November 2020, and teaming up with Pelican Ventures to buy reinsurer Ariel Re the same month. Both investments are in the area of property and casualty insurance – an area that is uncorrelated to market cycles and in which premiums had been rising prior to the pandemic, Flowers says.

He is also a believer in the opportunity surrounding cryptocurrencies: last July, the firm acquired a 30 percent stake for $300 million in LMAX Group, a trading platform for institutional investors of foreign exchange and cryptocurrency.

Is Flowers not worried about increasing regulation when it comes to an asset class like crypto?

“It is obvious and inevitable that the free for all [environment], which is today’s crypto, was ultimately going to be brought under the regulatory regimes that we are completely used to. And they should be,” he says, adding that LMAX only works with institutional clients and is poised to benefit from higher requirements around regulatory compliance.

PEI understands that the firm is close to wrapping up its latest flagship, JC Flowers V, which has an undisclosed target. Flowers, who declines to comment on fundraising, says the firm has an “active” Fund IV with around 20 companies in the firm’s total portfolio. Around one-quarter of these companies are involved in traditional balance-sheet lending, such as banks and insurance companies; another quarter in what he calls “growth-orientated” financial services such as insurance brokerage and wealth management; and another quarter in fintech.

A rising interest rate environment would be a boon for the firm’s portfolio, Flowers says.

“Many of our companies are really lenders,” he says. “Rising rates and a steepening yield curve really can help.” When rates rise, the banks in the firm’s portfolio make more money, he adds. Most banks have a significant volume of transactional deposits with zero percent interest rate; when rates rise to 3 percent from 1 percent, the bank makes 2 percentage points more. “Rising rates on the whole provide a big macro tailwind for what we do,” Flowers says.

A recent mini-flurry of media appearances have thrust 64-year-old Flowers somewhat back into the spotlight: an interview with CNBC in November and a podcast with an online trade publication in December have interest gathering pace, says Flowers’ press spokesperson at the beginning of our interview.

Could the recent media appearances be a sign that Flowers is thinking about the firm’s next stage of evolution and handing over the reins? In October, the firm promoted two managing directors to the position of co-presidents, one in London and the other in New York, and in January it hired the former chief executive of the National Bank of Canada as an operating partner. Does Flowers have succession front of mind?

“I continue as CEO, and am planning to continue that for the foreseeable future,” he says, adding that the firm has no plans to deviate over the next five to 10 years from its financial services focus, nor to launch new strategies.

“We would like to continue to grow in a reasonable fashion and to be recognised as one of the best and most acute investors in our own arena. To be recognised for that is our vision for the firm.”