“The Nordic transaction was all about taking good assets and putting them into the right home, securing additional time to maximise value creation,” Rune Munk, a London-based partner at Coller, told Secondaries Investor.

The remaining nine unlisted assets held in Nordic Capital VII, which had a net asset value of €2.5 billion as of 30 September, have been moved into a continuation vehicle named Nordic Capital CV1. Coller and Goldman Sachs Asset Management acquired around €1.5 billion of NAV in the deal, with the remaining NAV backed by the existing LPs who chose to roll over their exposure.

The deal is the largest GP-led restructuring process to ever close.

Coller was to account for around 70 percent of the secondaries capital, and Goldman the remainder, Secondaries Investor reported in March. The pair are paying an 11 percent premium to NAV as of 30 September.

Coller used its Coller International Partners VII fund, a $7.15 billion vehicle, while Goldman used its Vintage series funds, according to a statement from Coller.

Campbell Lutyens advised on the deal, as Secondaries Investor reported.

Coller’s funds were investors in Fund VII and had previously bought multiple LP stakes in the fund, Munk added. “We’ve been following this fund for a long time.”

The deal marked Goldman’s 20th GP-led transaction over the last five years, according to a source familiar with the firm. It is understood the bank’s asset management unit was the largest existing investor in Fund VII and is also a primary investor in Fund IX.

Nordic is raising its ninth flagship fund with a €3.5 billion target and was understood to be nearing the final close as of mid-February. Coller did not make a primary commitment to Nordic Capital IX in a stapled deal as part of the transaction, Munk confirmed.

A number of smaller co-investors also bought into the deal alongside Coller and Goldman.

The close of the deal is the latest in a string of high-quality primary managers using the secondaries market. Notable deals last year include BC Partners’ $1 billion stapled deal with Lexington Partners and Warburg Pincus’s $1.2 billion strip sale, backed by Lexington and Goldman Sachs Asset Management.

There are a number of sizeable quality GPs, both in Europe and the US, who are seriously considering such secondaries deals now that Nordic Capital has completed its transaction, Munk added. 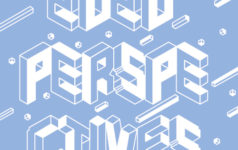 Private Equity News & Analysis 19 hours ago
Added to your Saved Articles
Loading
Unsave Article
Please confirm you would like to remove this article from your saved articles.
Share with other subscribers
Only logged in subscribers of this site will be able to access the shared article.