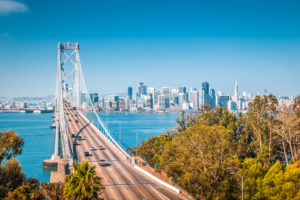 Canada Pension Plan Investment Board has established a presence in San Francisco to access investment opportunities and deepen relationships in the technology sector.

The US is the largest investment destination for CPPIB. “A presence in San Francisco at this time signifies our ongoing focus on the US market and marks an important step in our expanding global footprint as a leading investment organisation,” spokesman Darryl Konynenbelt told Private Equity International.

The new office will have private equity and active equities professionals, he said.

CPPIB’s new location will help it build out the venture capital programme it announced earlier in the year, and San Francisco’s tech-ecosystem will further CPPIB’s analytics and data-related initiatives, a source familiar with the pension system said.

Toronto-headquartered CPPIB established an on-the-ground presence in New York in 2014 and has built up a presence in other regions in recent years. It opened its Sydney office in 2016, its Mumbai office in 2015 and its Sao Paulo office in 2014. It also has offices in London, Luxembourg and Hong Kong.

CPPIB’s private equity portfolio is managed across four locations by 153 professionals; it had 116 direct investments and maintained 142 manager relationships as of 31 March, according to its 2019 annual report.

CPPIB’s assets, which include the base CPP account of C$399.7 billion and the additional CPP account of C$0.9 billion, generated net annualised 10-year and five-year returns of 10.5 percent each.

Private equity accounted for 23.9 percent of CPPIB’s assets; almost 86 percent of its C$95.5 billion private equity assets were in foreign markets and 13 percent in emerging markets as of 30 June, the press release said.

In the first quarter of fiscal 2019, CPPIB teamed up with Blackstone and KIRKBI, the investment vehicle of Lego’s founding family, to acquire Merlin Entertainment, a location-based family entertainment company. It also topped up an investment to Visma, a Nordic and Benelux region provider of business management software and services.

CPPIB also sold its stake in Acelity, which it held alongside Apax Partners and Public Sector Pension Investment Board, and Advanced Disposal Services, according to the press release.