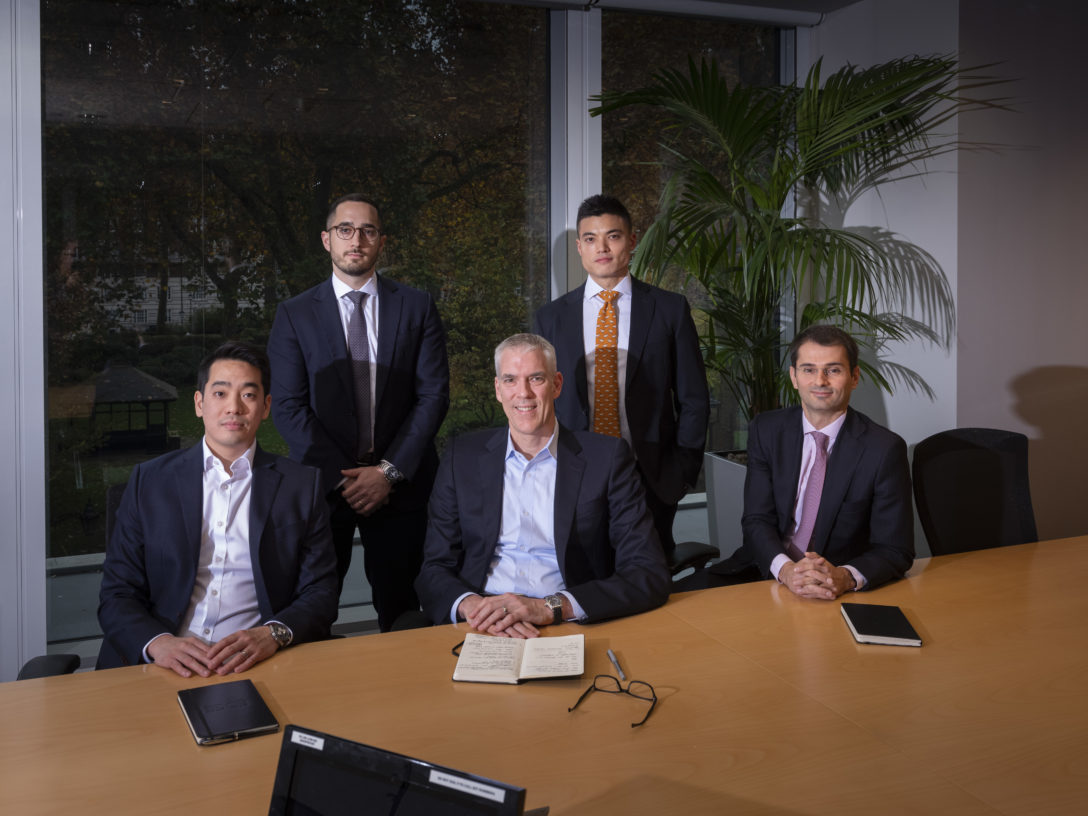 When Private Equity International sits down with Canada Pension Plan Investment Board’s secondaries team in London in late November, there is one burning question. How does a team that doesn’t use leverage, or use carry to incentivise staff, win so many large deals?

Measured by deployment, CPPIB’s secondaries team ranks among the largest secondaries buyers. The Toronto-headquartered pension deployed C$7.1 billion ($5.3 billion; €4.7 billion) in 2018 against market leader Ardian’s $6.4 billion in 2017, the most recent year for which figures are available.

When PEI last caught up with team head Michael Woolhouse at the beginning of 2017, the group had been focusing on the ‘plain vanilla’ part of the market – acquiring portfolios of limited partnership fund stakes. Since then the unit has continued its build-out, and now boasts 21 investment professionals. A five-strong senior team can invest in everything from LP interests to whole funds, strips of assets to buying carried interest streams, GP commitments to companies, multi-company portfolios, continuation funds, financing to funds and balance sheet financing for GPs, to name just a few.

His comments point to a growing trend in the secondaries market: increasing sophistication and expansion. Once considered a cottage industry, secondaries has skyrocketed from around $10 billion in annual deal volume in 2009 to $74 billion last year, according to advisor Greenhill. With that growth has come increasing variety of deal types, especially for general partner-led transactions where GPs arrange liquidity processes on their own funds and assets.

According to Greenhill, GPs overtook pensions and sovereign wealth funds as the biggest type of seller last year, accounting for 32 percent of the market. With its roughly C$30 billion primary programme, CPPIB appears set to capitalise on this wave.

One of the pension’s GP-led deals was the restructuring of three funds managed by Peruvian private equity firm Enfoca Investments, which closed in January 2018. The transaction – the largest in Latin America and one of the largest completed GP-led restructurings – involved around $950 million in capital commitments and also attracted Goldman Sachs’s Vintage Funds team, which joined CPPIB.

The transaction is an example of the pension’s ability to leverage other parts of its wider business, says Sebastien Siou, a Toronto-based principal who led the deal. Members of its Latin American team joined the secondaries deal team in meetings in Lima with Enfoca, and its economics team helped form a view of Peru – a nascent private equity market.

“It’s local expertise that most of the secondaries firms won’t have,” Siou says. “That was unique and to us was very powerful to be able to better inform our due diligence and underwriting.”

In July the team closed one of the largest GP-led deals in North America with Rhode Island-headquartered Providence. The transaction was structured as a stapled tender offer that gave LPs in the $5 billion Providence Equity Partners VII fund the option to sell their fund stakes to a group led by the pension. Around 15 percent by value chose to take the liquidity offer, helping the firm satisfy LPs who wanted to exit, and simultaneously receive a $450 million stapled primary commitment from CPPIB, HarbourVest Partners and StepStone to its latest fund.

With a multitude of high-quality secondaries buyers out there lined up to invest in the transaction, why did the consortium win the deal? From the Canadians’ point of view, it was about paying the highest price, as well as creating a long-term partnership, Siou says.

From Providence’s viewpoint, it was also about speed and the network an investor like CPPIB brings.

“From a legal process, the price matters, but we needed somebody who could act quickly because tender offers have a certain timeline,” says Marc Puglia, Providence’s chief financial officer. “The connectivity and sophistication of CPPIB was unparalleled and extremely impressive to us.”

It would be remiss not to acknowledge the clout the name brings. Puglia points out the pension had been an LP in the firm’s 2007-vintage Fund VI and had sold out in a previous secondaries process. “We were keen to get them back,” he says.

Other market sources highlight the doors the brand opens.

“Everyone is happy to talk with them – every GP says yes to a meeting,” says a London-based advisor who has worked with the team. “In GP-led processes, GPs may much rather have CPPIB be a large investor than someone else. Chances are, for future relationship purposes, a CPPIB fund is more attractive than some other secondaries.”

The pension uses its brand to its advantage. When the primary fund team is conducting fund diligence for manager selection, it will often bring a secondaries team member on site to visit the GP.

“All these GPs that have been coming back to market have big portfolios of unrealised companies and that’s obviously where our expertise as a secondaries team is,” says Louis Choy, a principal who helps lead the European team with Nik Morandi in London. In addition to regular monitoring of the portfolios, this gives the team up to two more days with GPs to dive even deeper and develop a comprehensive bottom-up underwriting for their funds, he adds.

“As these [fundraises] come up every two, three or four years, we’re spending a lot of time on them.”

Beyond simply being a large pension fund GPs want to work with, how does the secondaries team go about winning deals? One method is by having in-depth coverage of around 70 funds it prices proactively, so that when a large LP portfolio comes to market, the team knows exactly which ones to focus on, Woolhouse explains.

“You can wait for something reactively and say, ‘Oh maybe this is a good fund to buy.’ It’s kind of too late.”

Morandi, a former partner at Pantheon who joined the team alongside fellow alumni Choy, says the group performs deep dives on those 70-odd funds on a regular basis to understand how they are evolving over the years.

“Our preference is to have a very deep, granular understanding of those 60-70 positions, and then beyond that, we’re not relying solely on those funds to generate our dealflow,” Morandi says. “We are also very proactive about building relationships with managers outside of that roster, who see us, our business and our group as an entry point into the organisation.”

Competition in the LP portfolio market has increased in recent years, with average bids for buyout fund stakes at around 96 percent of NAV last year, according to data from intermediary Setter Capital. One way buyers have remained competitive is by using leverage in various forms – through acquisition financing or deferred payments, which allow the buyer to pay more over time.

Morandi is adamant the team uses no form of leverage – vendor or acquisition financing, deferred payments or otherwise.

“The reason behind that is because we have, let’s call it, a flexible cost of capital. What that really means is, we apply the right cost of capital to the transactions in front of us. We look at the cashflows, we look at the risk associated with those cashflows and we price the deal accordingly. As a result, we can compete on equivalent terms to every other player out there.”

“Leverage becomes kind of academic and redundant as a means to compete.”

CPPIB’s deal with Hong Kong-based Olympus Capital Asia illustrates its willingness to create structures to get a deal done when others will not. The mid-market firm had tried unsuccessfully in 2016 to run a GP-led process on its 2007-vintage fund; potential buyers including HarbourVest and Pantheon had looked at it but thought the manager was asking too high a price.

The following year CPPIB took a stab at the deal and successfully closed the transaction by using $200 million of preferred equity – a form of financing that sits between debt and equity in the capital structure – and agreeing to commit $30 million to Olympus’s fund in market at the time.

The deal highlights the pension’s ability to think outside the box, says the London-based advisor. “They are patient, they listen to you, they want to think with you, they’re very switched on and they bring new ideas,” the advisor says. “They have a deep ambition not to copy what others are doing or to just throw money at it. I always get the sense they want to create something new and they get very excited about potentially new structures.”

If you start a sentence with ‘maximise’ in a CPPIB office, someone will finish it for you, says principal Tom Kapsimalis. “Maximise returns without undue risk of loss” – the pension’s overarching investment mandate.

The question of returns for secondaries funds is a hot topic: the strategy has evolved from a tool to beat the J-curve and achieve exposure diversity to one in which secondaries fund managers are executing complex – and therefore riskier – deals, such as single-asset restructurings.

Returns remained relatively constant across all timeframes in the year to Q2 2018, the most recent period for which pooled net internal rates of return are available, according to the Institutional Limited Partners Association’s benchmark. Market sources, however, expect secondaries returns to come down. These include the $201 billion Florida State Board of Administration which told PEI in September it had lowered its return expectations for the strategy due to record pricing and increasing competition for deals.

CPPIB’s 20 million contributors and beneficiaries will be pleased to know the pension’s secondaries team sticks to its investment mandate and has never lost money on a deal. And while it may not win every transaction, its team members enjoy the flexibility to invest across the risk-return spectrum.

“That’s been the really interesting part of this job – the removal of constraints and being able to be quite flexible creates a lot of creativity in this group and allows you to freely think about [potential deals],” Choy says. While the team won’t be drawn on its exact return figures, Woolhouse says they have been “well north of what’s expected of us”.

CPPIB has spawned two secondaries firms – Whitehorse Liquidity Partners, founded by former secondaries head Yann Robard, and Morningside Capital – and had its team members appear in sister publication Secondaries Investor’s Young Guns of Secondaries list every year. So is the pension a breeding ground for the next big thing in the market?

“Those guys are really smart, flexible and nice. I mean they’re Canadian,” says a partner at a global law firm who has worked with the team. “At some point they’re going to want to raise their own fund, so the trick will be getting them to stay.”

For Morandi, who says CPPIB’s compensation is “competitive” even without carry, it’s the pure investment role that enticed him to leave the private sector and join the pension.

“You really spend 95 percent of your time thinking about the investment function that you’re doing,” Morandi says.

For Woolhouse, it is part of CPPIB’s mission to “manufacture great investors”.

“As you look at the people who have left, they’re all people who we’re friends with, who’re happy, we’re cheering them on,” Woolhouse says. “They’ve all gone on to join high quality franchises or build their own firms. That tells you something about the experience that we deliver here.”