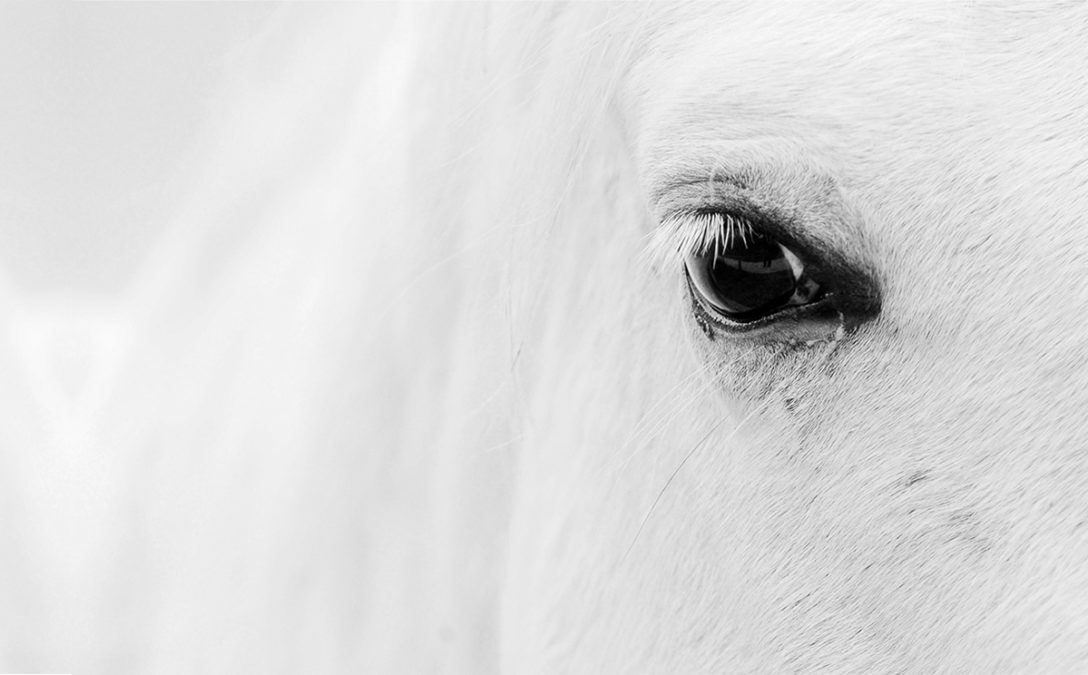 At 200 Wellington Street West in Toronto’s financial district, across the street from the Ritz-Carlton and beside a park, there is a four-and-a-half-year-old firm that has taken the private equity secondaries market by storm.

Whitehorse Liquidity Partners is not a household name in the vein of Blackstone or KKR. Yet within the market for secondhand stakes in private equity funds, Whitehorse is viewed with respect and envy by some and suspicion by others – often for the same reasons.

Whitehorse has tapped into a strategy – preferred equity – at a time when secondaries firms are vying to differentiate themselves in a highly competitive market. But Whitehorse is doing something different, and it’s a strategy many wish they could replicate.

“The only case where [Whitehorse] don’t get their return is when the world’s coming to an end,” says a New York-based lawyer familiar with Whitehorse’s strategy, who was speaking to Private Equity International before the covid-19 crisis had hit.

“It’s genius,” echoes a managing director at a leading global investment bank that is involved in the secondaries market.

Whitehorse’s evolution has been swift. The firm burst on to the scene in 2015 when Robard, who founded Canada Pension Plan Investment Board’s secondaries business in the early 2000s, decided to call it quits at the pension giant. The firm’s fundraising success charts its rapid growth: in the last four years, Whitehorse has raised at least $3.4 billion across three funds, according to its website, and has attracted some of the most prominent LPs in the world, including New York State Common Retirement Fund and Minnesota State Board of Investment, according to PEI data. Sovereign wealth fund Alaska Permanent Fund is a cornerstone investor and owns a stake in the firm, as we reported in 2018.

Whitehorse’s latest vehicle beat its $1.5 billion target to close, oversubscribed, on $2 billion in the second half of last year.

Whitehorse has already begun marketing its fourth fund with a $3 billion target and is preparing to raise a plain vanilla LP stakes vehicle, according to three sources familiar with the firm.

To understand how Whitehorse has managed to grow at such a speed and attract so much investor capital, one needs to understand the market context.

Once considered a cottage industry, the secondaries market has gone mainstream. In 2004, annual deal volume was around $7 billion; last year around $88 billion was traded – an almost 13-fold increase in just a decade, according to investment bank Greenhill.

The explosive growth of secondaries has attracted big players keen to get a slice of the action. BlackRock, TPG and Manulife are the market’s most recent entrants, having entered by building in-house teams or by acquiring stakes in secondaries firms. Blackstone and Goldman Sachs are both established players.

For a market that continues to attract competition from large established firms, innovation and creativity are key to having an edge. Secondaries funds are keen to differentiate themselves from the numerous competitors knocking on investors’ doors for capital.

What drives the secondaries market is LPs’ desire for liquidity in a generally illiquid asset class. “Got a single stake in a fund or a multi-billion portfolio of fund interests you want to get off your books? We’ll buy it off you,” say the secondaries buyers.

But what if an LP wants cash without necessarily parting with its fund stake and missing out on potential future upside? Enter preferred equity, a tranche that sits between equity and debt in the capital structure.

Pref, as it is known, is hardly a new concept in corporate finance. What is novel is its dedicated application within the secondaries market. Instead of selling its stake in a fund, an LP can take on preferred equity financing. The LP benefits from liquidity – the cash provided by the preferred equity issuer – while still holding the equity in its fund stake, and can still stand to gain from future upside. The preferred equity issuer receives preferential cashflows from the fund stake until it reaches a certain return hurdle, after which future distributions go to the equity-holding LP.

The strategy doesn’t just work with LPs – anyone with rights to cashflows can use pref: individuals wishing to finance their GP commitment, a buyout firm that wants capital to expand, a secondaries fund that wants to return cash to its investors early and use pref as an exit.

Preferred equity financing does not come cheap. Pref providers to portfolios of LP stakes typically underwrite deals to around a 12-14 percent return; this is much higher than what debt financing from an asset-backed lender would charge – at around LIBOR plus 300 basis points, or around 5 percent.

Robard’s debut fund, Whitehorse Liquidity Partners I, smashed its $300 million target to close on $402 million. The firm’s strategy began as – and remains – one that is focused on preferred equity, offering pref financing to portfolio holders.

What happened next is the subject of some contention. At some point during investing Fund I, Whitehorse developed a strategy that one New York-based secondaries buyer describes as a stroke of genius. The firm discovered that in addition to issuing preferred equity securities against private equity portfolios, it could also acquire portfolios outright, place a pref structure on top and then sell off the equity to a third party.

It isn’t clear why Whitehorse decided to include the acquisition of portfolios and syndication of the equity as part of its strategy, and Robard declined to be interviewed for this article. Either way, it found a way of accessing more dealflow while keeping the same risk profile.

One New York-based secondaries buyer, who asked not to be identified, says Whitehorse approached him last year offering pref financing for his portfolio. It wasn’t for him: “Why would we take money from Whitehorse if they’re underwriting this to a 12-14 percent return?”

Secondaries funds typically underwrite their deals to a 10-15 percent return. “Why would you ever borrow money from someone at the same rate? You wouldn’t make any money. The whole point of leverage is you borrow below what you’re investing,” the buyer says.

Early Whitehorse press releases describe it as a preferred equity-focused private equity firm. When the firm closed its third fund last October, the words “preferred equity” were missing from the press release; and at the time this story went to press, the phrase did not appear anywhere on Whitehorse’s website, except on old press statements.

“We will, at times, acquire a portfolio outright and thereafter create a structure around that portfolio bringing in partners to hold the common equity,” he said.  “Whitehorse keeps the preferred security and we syndicate the equity to third parties. In those situations, we may hold a small piece of the equity.”

The vast majority of those third parties are Whitehorse’s own LPs, sources tell PEI. From Whitehorse’s standpoint, the idea is: you already have exposure to these assets via the pref fund; now here’s an opportunity for extra juice via the equity – if you want it – similar to LPs co-investing alongside a buyout fund they’re an investor in.

Equity deals Whitehorse has bought outright include a strip sale of investments from Carlyle Group’s 2012-vintage US Equity Opportunity Fund worth around $250 million, as sister title Buyouts reported last year. A slice of exposure to as many as 15 assets were moved out of the fund into a separate vehicle backed by Whitehorse and managed by Carlyle. It isn’t clear whether Whitehorse sold off the equity from this deal.

PEI has spoken to one Whitehorse LP – an institutional investor – who is a fan of Whitehorse’s strategy and has bought exposure to equity Whitehorse has offered it. The LP says it would not buy more direct equity exposure as it was comfortable with its level.

An example of how Whitehorse structures some of its deals

Whitehorse acquires a portfolio of fund stakes and then splits the portfolio into preferred equity shares and common equity shares, with Whitehorse holding the former through its main fund.

An investment memorandum, seen by sister title Secondaries Investor, from a global secondaries firm that considered investing in such a deal, notes a potential for misalignment between Whitehorse and equity holders, because Whitehorse is only syndicating around one quarter of the pref shares to co-investors.

Market sources say Whitehorse has figured out how to succeed in the preferred equity market while acting like a traditional secondaries buyer. Its secret sauce? Robard himself, the firm’s charismatic founder, who is known for driving a Toyota and wearing suits from TM Lewin (a British brand at the more affordable end of men’s business wear) in a Brooks Brothers industry.

“He’s Canadian, he’s a really nice guy,” says the investment bank managing director. “CPPIB is, you know, the friendly pension that invests for the good of the people. People trust him. He’s a friendly face.”

Robard’s standing in the clubby world of secondaries is legendary – so much so that his mere word appears to be equal to conducting due diligence on a deal. One mid-level New York-based buyer said that when he recommended his firm turn down a syndication offer from Whitehorse due to not being comfortable with the risk, his superior responded: “Yann is trustworthy. What more do you need?”

To service the firm’s rapid growth, Whitehorse has been on a hiring spree. The firm had just two employees, including Robard, when it launched in 2015; as of late March it boasted 48 staff, just under half of whom joined in 2019 alone, and the firm’s website displayed job adverts for eight roles across its asset management, capital management and firm management teams. With these posts filled, the little-known Canadian firm will have gone from nothing to more than 50 staff in under five years.

Many of the recruits hail from Robard’s alma mater: two of the firm’s five partners, including Robard, are CPPIB alumni, with at least eight current staff having worked previously at the Canadian pension giant. Sean Connor, also a former CPPIB professional who joined in 2016 as its chief financial officer, as reported by Secondaries Investor at the time, left the firm this February, according to his LinkedIn profile.

Not everyone is a fan of what Whitehorse is doing. Competitors we spoke to say they doubted LPs buying into these syndicated deals understood the risks. Whether this is justified concern or a case of sour grapes is hard to tell.

Others worry that Whitehorse’s funds could be exposed to equity risk if it acquired a portfolio and was subsequently unable to syndicate it, especially in the event of a market downturn. At the time of writing, the downturn – triggered by the spread of the coronavirus – is upon us. We don’t know whether the firm has any deals in motion.

In fund terms, Whitehorse’s are still too young to judge from a performance perspective. According to a source familiar with the firm’s performance, as of end-June, the 2016-vintage Fund I had returned half its invested capital to LPs. This compares favourably with secondaries fund data compiled by Cambridge Associates, which show 2016-vintage secondaries funds delivered an average 0.28x net DPI as of 30 September.

Says the investment bank managing director: “You only see the chink in the armour when the downturn hits.”