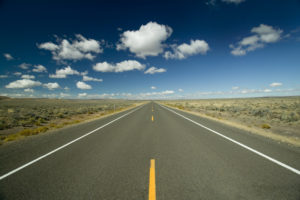 EQT, the world’s eighth-biggest private equity firm according to the PEI 300, will explore a long-term vehicle and has provided more details on its growth and APAC expansion strategies.

Chief executive Christian Sinding said on the firm’s third-quarter earnings call on Wednesday that, while it is still early days, the long-term strategy’s aim is a “natural extension” to follow all its companies throughout the life cycle.

“The idea would be to align it very much with what investors are looking for in terms of generating long-term capital gains,” Sinding said.

The strategy will back “slightly larger and fewer investments” and could either have “a normal fund structure or an evergreen fund structure”, he added.

“There are some assets out there that are interesting that we can own for significantly longer than the typical PE timeframe, particularly those we can future-proof, make more sustainable and purpose driven for the long-term,” he said.

The details of the strategy are still being worked out pending an internal review and investor demand, Sinding added.

With the move, EQT joins peers KKR, CVC Capital Partners and Blackstone that have raised long-dated funds in recent years. This month, sovereign wealth fund Mubadala said it will commit $2 billion to a 25-year strategy run by Silver Lake.

Fundraising for its buyout flagship EQT IX is now “materially concluded” with €13 billion raised as of end-September, with a tail of fundraising next year, Sinding said. He had said in July that EQT IX was expected to hold a final close by October this year.

EQT has set the target for its ninth flagship fund at €14.75 billion.

On EQT’s growth strategy, which launched this week, the firm expects it to be fully operational in 2021 with a dedicated fund larger than €1.6 billion, Sinding said. The strategy will initially focus on Europe and could become a global strategy after several fund generations, he added.

“If you look at the biggest players in the world in growth, the fund sizes are $6 billion-$8 billion. If we look at where we are right now, our mid-market fund is at €1.6 billion, we expect to start the strategy with a fund which has more firepower than that one.”

Its Mid-Market Europe fund, a 2016-vintage vehicle that raised €1.6 billion, will be “rolled off and morphed” into the growth strategy, according to Sinding. Venture, growth and equity will comprise the firm’s revamped private capital strategy going forward.

The firm is set to launch an office in Tokyo over the next year, as part of its Asia expansion strategy, Sinding revealed on the call. Over time EQT’s APAC strategy will focus on Japan and ultimately also South Korea, and less so in China in the near-term, he said.

The firm’s AUM as of Q3 reached €46.5 billion, according to Q3 earnings materials.