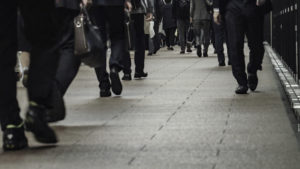 Hong Kong-based Rivendell Partners has had eight members of its original 11-strong team leave in the past 18 months, according to two sources with knowledge of the matter. The departures include managing director Bang Trinh and chief operating officer and operating partner Carl Harris.

Trinh’s LinkedIn profile shows he left at the end of 2017 and joined Warburg Pincus-owned Vietnam Techcombank as its chief financial officer. Harris departed the firm at the end of October last year, one of the sources said.

Trinh and Harris did not return requests for comment.

Director Steve Wong departed in December to join HarbourVest Partners as a principal, according to his LinkedIn profile.

“It’s not surprising for a first-time manager to struggle with their fundraise – this shows that having some track record with big-name brand does not always lead to a successful fundraise,” a Hong Kong-based placement agent said.

The three remaining senior staff are managing partner Alex Ying, an almost two-decade veteran of Carlyle where he was a managing director, and managing directors Mike Shang, a former executive director at Morgan Stanley, and Steven Sun, an ex-partner at Ares Management, according to Rivendell’s website.

One of the sources close to the firm said it still has seven staff in total: five in Hong Kong and two in the firm’s Shanghai office.

Rivendell launched its debut fund in 2017 with a target of up to $500 million, as Private Equity International reported in August. It initially set out with a Vietnam and Greater China-focused strategy in which the firm would allocate 80 percent of its capital to mid-market buyouts in China and up to 20 percent for investments in Vietnam.

The firm pivoted solely to Greater China mid-market buyouts in the first half of 2018 after discussions with investors and disbanded its Vietnam team, according to one of the sources. Its Greater China partners have been intact since inception, it is understood.

It is understood the firm has completed one deal, a consumer medical device company in China, since it began capital raising.

The firm is expected to hire up to four junior investment staff this year in preparation for the fund close, one of the sources said.