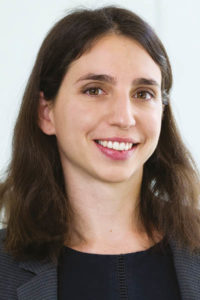 As co-founder of responsible investment fund Gaia Capital Partners, Alice Albizzati has become something of a trailblazer for brands that are mindful of their environmental and societal impact. Albizzati set up growth equity fund Gaia Capital with Elina Berrebi in 2018, and since mid-2019, they have raised more than €100 million in building a portfolio of strong brands – Welcome to the Jungle, Aircall, Yubo and gohenry – that are shaping new consumer habits.

Gaia Capital was recognised in Private Equity International’s 30 Big Ideas Shaping ESG list this year for its Responsible Investing in Technology Charter, an open-source framework for sustainable investing in tech. 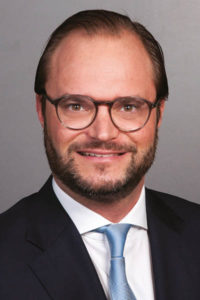 Benjamin Alt has been variously described as a “bright light”, “very well networked” and as someone who brings out the best in those around him. The fund he manages, GAIA II Specialist Private Equity Fund, which provides exposure to private equity investments in small and medium-sized companies, is understood to have reached $200 million in size after barely a year. Alt has executed on 20 direct/co-investments through the fund. Alongside his work on GAIA II, Alt leads Schroder Adveq’s investment activity in the DACH, Nordics and CEE regions.

“He has a depth of knowledge and experience and willingly shares it with LPs to help them navigate current markets,” one of his advocates tells PEI. 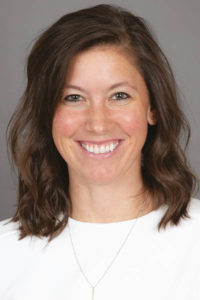 Tiffany Hagge is one of the youngest partners at BDT Capital Partners, a merchant bank that specialises in providing long-term capital to family-owned and founder-led businesses. Described as a “superstar” by peers, Hagge has sourced and led some of BDT Capital’s largest investments, including Texas-based fast food chain Whataburger and Quebec-based flexible films manufacturer, Balcan. Prior to BDT Capital, Hagge spent nearly a decade at Goldman Sachs, where she worked in the firm’s Merchant Banking Division, the captive private equity platform of GS. There, she played a leading role in GS’s marquee Bass Pro deal. She began her career at CPPIB, where she was a key player in take private transactions for Tomkins and Macquarie Communications Infrastructure Group. 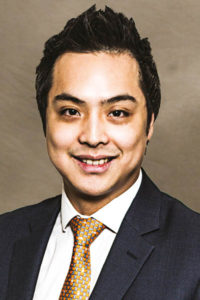 If variety is the spice of life, Haide Hong has a winning blend. Since joining Blackstone in 2013, Hong has been involved in a diverse array of deals including investments in German digital marketplace operator Scout24, UK attraction owner Merlin Entertainments and international school operator GEMS Education. He sits on the boards of current investments in Bourne Leisure, a premier UK holiday company; Cirsa, a leading gaming business in Spain and Latin America; Clarion Events, a global exhibitions organiser; and the NEC Group, one of the UK’s leading live events venue business. Prior to joining Blackstone, Hong was a vice-president at Providence Equity and an associate in the M&A division at Lehman Brothers. 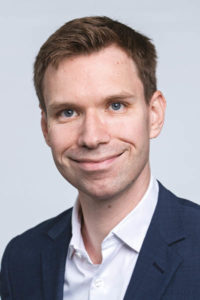 Joerg Metzner, who co-leads KKR’s business and consumer services team in EMEA, is described by a senior executive in the funds industry as “exceptionally knowledgeable, mature and connected” with a track record in sourcing “well beyond his years”.

Such praise will come as no surprise to KKR, where Metzner is also responsible for Mittelstands investments in Germany. Metzner is on the board of five KKR portfolio companies and has led or played a significant role in the firm’s investments in PortAventura, Northgate, RigNet, Travelopia, A-Gas, Viridor, Coty, Roompot and Citation.

Before joining KKR in 2012, Metzner worked for McKinsey & Company in Munich. 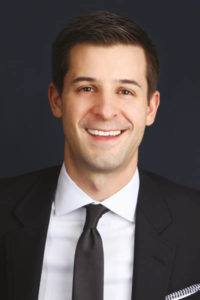 At the age of just 35, Kyle Mumford was the first partner-level promotion at KPS in 12 years, becoming one of only six partners at the turnaround specialist. Described as “one of the great turnaround investors of his generation”, Mumford has focused on investing in underperforming or distressed manufacturing companies and is regarded as a critical member of KPS teams that have won several “Turnaround of the Year” awards, securing impressive investment returns and helping to save thousands of jobs. 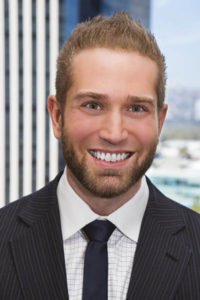 Dealmaking requires versatility and innovation – two things that Antoine Munfakh has demonstrated at Apollo Global Management. Munfakh is a key leader of Apollo’s private equity business and is responsible for investments across the industrials, transportation and logistics, and infrastructure sectors, as well as supporting Apollo’s West Coast expansion in the US.

During his tenure at Apollo, Munfakh has made numerous innovative investments: he led Apollo’s first airline acquisition of Sun Country Airlines in 2018 and helped negotiate a long-term contract with Amazon – the first long-term Amazon cargo carrier contract for a passenger airline.

Demonstrating his versatility, Munfakh has also been instrumental in leading several of Apollo’s recent distressed debt investments, including Swissport and Aeromexico. 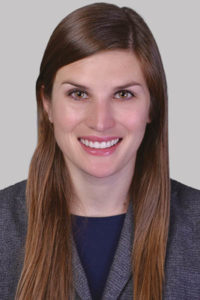 After joining Ares Management Corporation in 2009, Allyson Satin racked up an impressive dealmaking portfolio as principal in Ares Private Equity Group, where she was responsible for the full spectrum of deal activity from sourcing and building relationships with C-level executives to due diligence, deal structuring and post-close portfolio management.

Her success at sourcing and completing acquisitions made her a perfect fit as part of the team tasked with evaluating targets for special purpose acquisition company Ares Acquisition Corporation, where she is chief operating officer. She also serves as managing director in the Ares Strategic Initiatives Group.

Satin is a member of the Ares Diversity and Inclusion Council and serves on the board of directors of 99 Cents Only Stores. 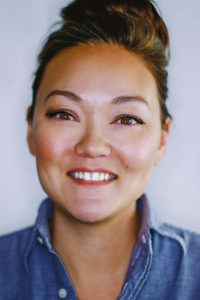 In previous roles as a media and entertainment specialist at KKR and chief investment officer of Roc Nation, the entertainment company founded by Jay-Z, Vania Schlogel observed how much equity value could be unlocked by specialised financiers who knew how to collaborate with the creative industries. That was the thinking behind setting up Atwater Capital in 2017. The California-based private equity firm has built a diverse portfolio of future-facing media and entertainment companies, growing assets under management to $140 million, while also expanding internationally to open an office in Seoul. 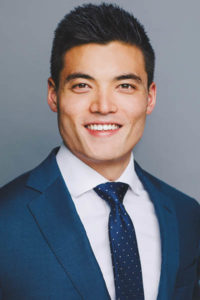 We can see why Lee thought so highly of him; Siou led CPP Investments’ North American secondaries efforts before joining preferred equity specialist Whitehorse Liquidity Partners in 2019, where he has worked on some of the firm’s more innovative GP balance sheet transactions, among others. “He builds great rapport with senior leaders and doesn’t let his age stand in his way of being the front-line dealmaker,” says an industry source who has worked with him. 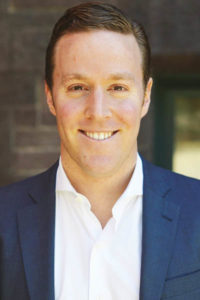 As sole founder, Turner wears many hats. He is involved in all of the firm’s activities, including fundraising, investor relations, leading Soundcore’s investment and portfolio company functions, as well as serving on the board of directors of all eight portfolio companies. He has been described by peers as “an innovator across the board”, with the “vision, tenacity and the hunger to succeed in dealmaking” and the “ability to identify and pursue quality investments that may have been overlooked by others”. 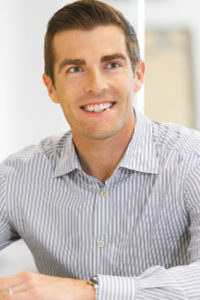 Chip Virnig became Thoma Bravo’s youngest partner in 2018 after rising through the ranks and proving himself to be an instrumental leader and dealmaker. In addition to spearheading the growth of Thoma Bravo’s infrastructure and cybersecurity practices, Virnig facilitated the acquisition and growth of current and former portfolio companies, including Entrust, Tripwire, Blue Coat, SailPoint, Barracuda and Mediware, among others. He was instrumental in driving Thoma Bravo’s $2.4 billion take-private of Compuware in 2014 and the subsequent spin out/IPO of Dynatrace.

Virnig has been praised by colleagues for his “tremendous talent and keen investment, operating and professional judgment”, and his exceptional leadership and mentorship skills.

Next on the agenda? Thoma Bravo has tasked Virnig with leading its expansion on the US East Coast through the opening of a new office in Miami. 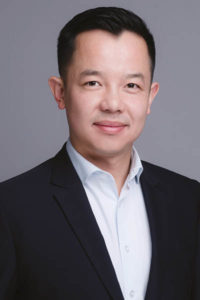 By all accounts, Toronto-based Zhang is one of the smartest and most humble people in private equity. He was one of the earliest participants in the latest iteration of the secondaries market – not that you’d know it – starting his career at CPPIB, where he helped found the pension giant’s secondaries business. In 2013 he decided to launch his own firm, Morningside, which focuses on niche and off-market secondaries opportunities, and now counts over $4.3 billion of cumulative secondaries transactions under his belt. “He is incredibly creative and often completes deals that others struggle to find a solution for, which has generated great returns for his investors,” says a buyside participant who knows Zhang well.