Genstar Capital has held the final close on its ninth fund after around four months in market.

The San Francisco-based firm, which invested in more US mid-market deals last year than any other firm, collected $7 billion for Genstar Capital Partners IX, according to a statement. The figure is almost 75 percent more than its last fundraising round in 2017.

The firm also raised $1.1 billion for an “overage” fund to allow it to invest in larger deals, almost 65 percent more than the $650 million overage pool raised for Fund VIII. The total GP contribution to Fund IX doubled to $400 million, compared with Fund VIII.

Details of Fund IX’s fees and strategy were outlined in a December memo prepared for the Nebraska Investment Council.

Fund IX’s terms were aligned with the typical private equity fund structure with an 8 percent preferred return hurdle and 20 percent carried interest. Genstar charges a 1.75 percent management fee throughout its investment and harvest periods. The investment period will be six years, the memo noted.

Genstar’s ninth fund will target companies with an enterprise value of between $250 million and $1.25 billion.

Nebraska, which committed $50 million to Fund IX, expressed concerns at the larger fund size. Genstar was confident of following the same strategy of investing in mid-market growth-oriented companies in financial services, software, industrial technology and healthcare; it could also invest in slightly larger companies, the Nebraska memo noted.

While it took Genstar two years each to deploy Funds VII and VIII, the deployment of the latest vehicle could take almost three-and-a-half years, the memo noted.

Nebraska was also concerned about the increased purchase price multiples of Genstar’s platform investments, which rose with each fund. The average entry price was 8.6x EBITDA for Fund VI. This increased to 10.9x for Fund VII and 13.1x for Fund VIII.

As Genstar’s add-ons came cheaper than platform companies, they reduced the total cost of the platform, the Nebraska documents noted. 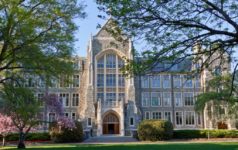