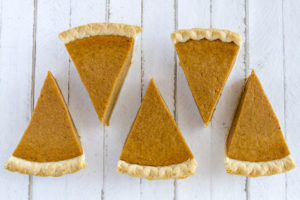 Petershill IV fund is expected to complete 15 direct investments in global multibillion-dollar firms, according to documents from the US pension’s 29 August investment committee meeting. The fund will have a particular focus on private equity GPs.

Petershill IV has a projected 1.5x to 2.0x gross total-value-to-paid-in over the life of its term, the documents noted.

Goldman is targeting up to $4 billion for the fund, Bloomberg reported in May. Its predecessor, Petershill III, closed on $2.5 billion last year and targeted hedge fund managers in addition to PE.

Santa Fe-based NMPERA, which backed Fund III, approved a $101 million commitment to the vehicle, including up to $31 million for a co-investment fund of one, the document noted. It joins Taiwan Life Insurance, which committed $20 million this month, according to PEI data.

“The fund will seek to invest in stable firms with strong cashflow generation and attractive growth prospects,” the NMPERA document noted. “A commitment to Petershill will complement the private equity portfolio by providing a high yielding, long-duration asset, with a differentiated cashflow profile. This commitment would benefit from potentially providing PERA with low volatility management fee streams on a locked-up capital basis.”

Petershill funds are managed by GSAM’s 50-strong Alternative Investments & Management Selection, which has relationships with over 400 GPs through its primary and secondaries platforms.

GSAM is likely to face stiff competition. Neuberger Berman’s Dyal Capital Partners unit is expected to collect more than $7 billion for its fourth fund and Blackstone’s Strategic Capital Holdings has almost doubled the target for its second fund of firms to $6 billion.

GP stake vehicles traditionally favour managers with between $10 billion and $25 billion in AUM, a segment that is becoming oversaturated, according to PitchBook’s Raising the GP Stakes. Fewer than 50 managers in this category are unlisted or not backed by private equity.

Pressure to deploy capital and a smaller opportunity set could prompt GP stake funds to target smaller managers. As of June, none of the GP stake investments completed this year had been in managers with more than $20 billion of AUM.