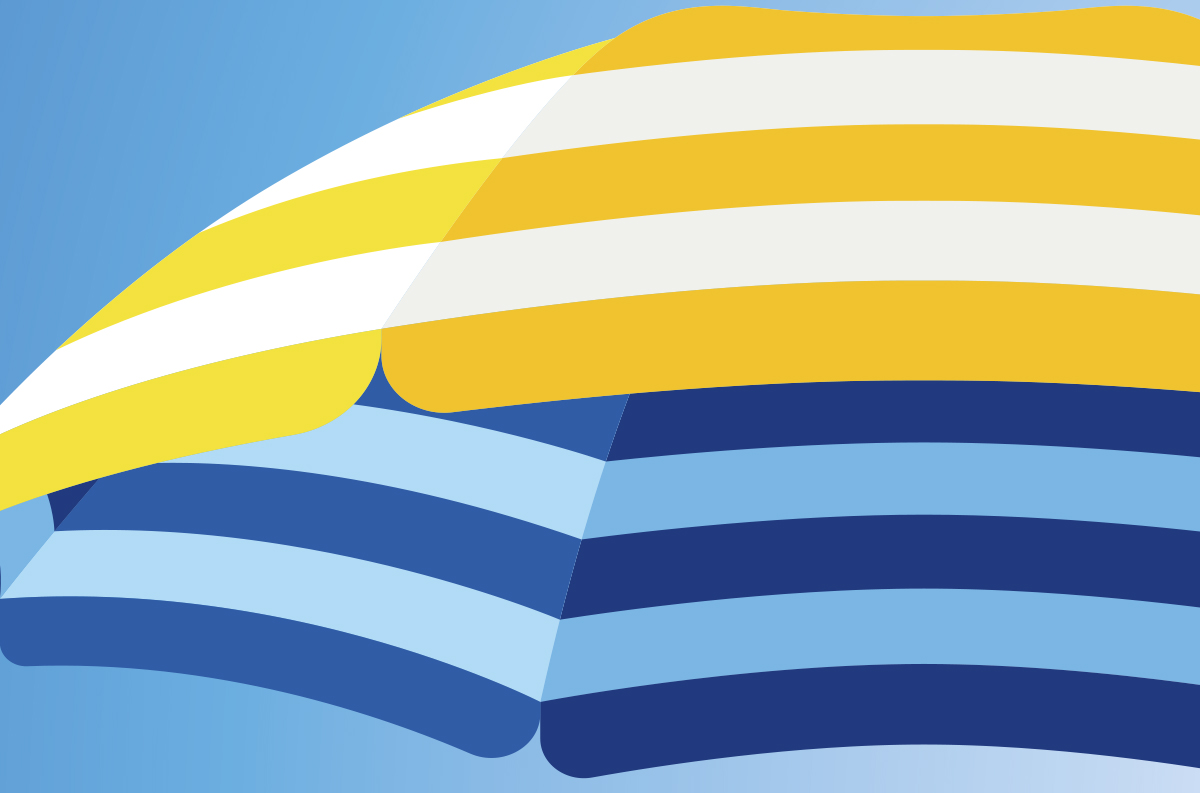 The rise of GP-led secondaries deals was one of the biggest private equity hot topics in the run-up to the pandemic. Transaction volumes had been rising quickly – growing $19 billion between 2015 and 2019, according to Greenhill data. Further growth seemed assured. Then came covid-19.

“We’d seen very rapid growth in GP-led deals in 2018 and 2019 and there was strong dealflow as we went in to 2020,” says Matt Jones, partner and co-head of the secondaries team at Pantheon. “However, when the pandemic struck, the vast majority were put on hold until the impact of covid became clearer.”

Yet it was not just GP-led deals that halted – M&A in general was put on ice, as buyers and sellers watched and waited to see how businesses would fare through the pandemic and how valuations would pan out. Global dealmaking fell by 41 percent by value in H1 2020 compared with the same period in 2019, while volume dropped 16 percent, according to Refinitiv.

“There was a consensus that the [GP-led] market would be quiet for a time as participants waited for valuations to come out at the end of June once the impact of the crisis had been factored in,” says Adam Brown, a partner at Hogan Lovells. “As it turned out, valuations didn’t really move – there was a little volatility, but overall, they remained stable.”

Some GP-led deals were completed in the first half. “Despite the initial hiatus, we did manage to complete a GP-led deal in the middle of the first lockdown,” says Jones. “The transaction was subject to a material adverse change clause, which was triggered by a fall in Nasdaq. We were able to renegotiate the price and put in place protections. But that was an exception.”

In H1 2020, Greenhill figures suggest that $6 billion of GP-led deals were completed.

It seems few were prepared for what came next. Starting in the summer, GP-led deals saw an astonishing come-back in H2 – to $20 billion in value, according to Greenhill. But they were not the type of deal many had been anticipating.

“When the market effectively closed in March, we – and others – had expected the buyer and seller communities to wait and see how NAVs developed because it may be hard to value assets in such an uncertain market,” says Ed Harris, a partner at Hogan Lovells. “As a result, many thought that preferred equity would be the predominant transaction type – we were all definitely wrong on that.”

Instead, the summer brought a flurry of continuation vehicle activity. Multi-asset deals were the most common type of GP-led transactions, although they were often concentrated around two or three covid-resilient companies. Single-asset dealflow, however, was unprecedented. “We saw phenomenal activity over the summer – we had more single-asset GP-led dealflow in July and August than in the whole of 2019,” says Jones. “And momentum carried through to Q4 2020. The market snowballed.”

The trend towards building a continuation vehicle around a single asset has been a few years in the making, but the current environment of travel restrictions has made this type of deal even more attractive to buyers.

“There was a mantra around five years ago that you needed five to seven assets in a continuation vehicle to diversify your risk,” says Peter Martenson, a partner at Eaton Partners. “But now buyers are more sophisticated in their approach to underwriting single assets and they are finding it easier to get comfortable funding individual companies.”

“These deals are being run virtually,” adds Sunaina Sinha, managing partner at Cebile Capital. “And so existing relationships really matter.”

Yet they are also an increasingly attractive option for sellers unable to conduct site visits on new investments and as an alternative to traditional exit routes. “Just 18 months ago, single-asset deals were pretty niche,” says Sinha. “But it has become harder to find good companies. This type of deal allows GPs to hold on to companies they see as the jewel in the crown, where they know the company, the management team and they know what strategy they will pursue, and they know they’ve picked a winner and want to keep compounding the return.”

It is quite a turnaround from the days when GP-led secondaries were often viewed as a deal type of last resort for companies that had not fulfilled their original promise. Today’s market, say participants, is now populated with opportunities of exceptional quality.

“Today’s dealflow is some of the highest quality I’ve seen in 20 years in the secondaries market,” says Pantheon’s Jones. “Many of the deals consist of the highest quality GPs bringing their star companies to market – it’s the best of the best.” Buyers are therefore in a position to be highly selective in the deals they back, with volume so high it can be hard to keep up.

“The funnel is very wide currently,” says David Atterbury, managing director at HarbourVest. “We’ve seen a good volume of high-quality assets come though over the past six months, so we’ve had the luxury of picking and choosing which deals we want to be in. In fact, the hardest job currently is triaging which ones we want to spend time on.”

Recent deals include Thomas H Lee portfolio company Hightower Advisors in a transaction co-led by Coller Capital, Neuberger Berman and Goldman Sachs, and – in a process that reportedly took just 45 days – a deal involving Clearlake Capital-backed Ivanti. BC Partners is also believed to be considering a GP-led secondaries process for Springer Nature. Many of the deals on the market are trending towards much larger sizes than had generally been seen before.

Capital for these deals is growing. New entrants to the market are additional sources – sister title Buyouts reported in December that TPG was understood to be premarketing a GP-led-focused fund, and family offices are increasingly interested in segments of the market. There have also been significant secondaries fund closes of late, such as those achieved by Ardian, Lexington Partners, Strategic Partners, AlpInvest and Goldman Sachs.

However, many say that dealflow is currently so strong, the market may be undercapitalised. “There are so many GP-led transactions out there at the moment, including restructurings, continuation funds and tender offers, that there is a question mark around whether there is enough capital, or at least concentrated capital, available to complete them all,” says Harris.

This is backed up by Greenhill’s January 2021 Global Secondary Market Review, which says a third of GP-led deals launched in 2020 are on hold or have failed, with reasons varying from lack of strong rationale for a longer hold, the impact of the pandemic on company performance, limited upside potential or the terms demanded by the GP.

Many of the single-asset deals to enter the market since the summer involve companies that, in a different era, would have been exited. Yet with M&A markets less certain in some sectors, GP-led deals are now being seen as another alternative to a trade sale, IPO or secondary buyout.

“The market was already growing pre-covid, but the pandemic has really accelerated activity,” says Atterbury at HarbourVest. “It was a bit of a lightbulb moment for people last summer as they saw M&A processes fall over for assets in which they had a lot of confidence.”

So, how much of this new-found enthusiasm for GP-led deals – and single-asset continuation vehicles in particular – will stick over the long term? M&A reverted to more active levels in H2 2020 and at some point travel restrictions will start to be lifted. Yet many in the market believe GP-led deals have not only reached a tipping point over the past 12 months where GPs have become much more familiar with the benefits, downsides and process, but that these deals have now cemented themselves as a fourth exit option.

As Brown says: “We know of several instances where GP-led deals, especially single-asset variants, have been completed in lieu of M&A processes. This suggests we may be seeing an evolution in private equity rather than a short-term trend.”

“The adoption of GP-led deals will prove not to be just a response to the more challenging exit market,” says Martenson at Eaton Partners. “They are now being seen as a long-term portfolio management tool – once GPs use the technology, we are finding they want to use it again in other assets in their portfolio.”

Although some talk of continued GP-led single-asset sale growth may be overstated, the threat to M&A advisory business is clearly being felt.

“Traditional M&A advisors are losing mandates to secondaries advisors and so they are now really getting up to speed on this market and building out teams,” says Jones.

This may well be behind the trend for running parallel processes and a shift in the way GP-led deals are conducted.

“One of the pandemic’s legacies may be that GP-led deals look much more like buyout processes,” says Harris. “We’re already seeing situations where no-one gets real exclusivity, bidders are pushed to the end of the process and investors don’t know their allocation until after the negotiations. GPs may continue to use competitive tension to run twin-track buyout/sale/GP-led deals.”

Overall, GP-led deals look set to continue growing, in particular as the pandemic has led many more private equity fund managers to the market and more capital is attracted to the space. Yet there are likely to be bumps along the way – after all, so many GP-led deals have been done, it is hard to see how some will not run into difficulties. There may also be a natural limit to deals – for the medium term at least.

“The LP interests market will open up and, because there’s a finite amount of capital, some investors will look at their GP-led exposure,” says Harris. “They will then seek out a wider spread of risk through LP interest portfolio acquisitions.”