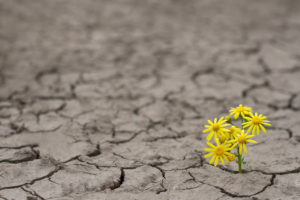 ING, the Dutch banking group, has issued what it claims to be the world’s first capital call facility with an interest rate linked to sustainability performance.

The bank closed a $65 million three-year revolving facility for Quadria Capital Fund II, which is managed by Singaporean healthcare investor Quadria Capital, according to an ING statement. Fund II has raised a “substantial portion” of its $500 million target and is expected to close by year-end.

Quadria’s facility will peg the interest rate to ESG performance targets on Fund II’s portfolio. Metrics are based on key performance indicators provided by impact measurement platform B Analytics, which will assess the fund annually at a portfolio level and slash interest for the following year if targets are met.

The potential interest rate change for this type of facility can be “meaningful”, Fi Dinh, a Singapore-based director at ING who led the Quadria transaction, told Private Equity International. Dinh declined to comment on the specifics of the facility beyond the statement.

“In the corporate space, a company has an apple-to-apple yearly comparison, while as a fund it’s very difficult to have that, so the framework in place gives an economic incentive for funds to meet the improvement across their portfolio,” she said.

The facility will set penalties if certain targets are not met, Dinh added, noting that the bank will continually assess borrower funds to ascertain whether any problems are a “blip” or a systemic issue.

“Sustainability improvement loans, especially in the corporate space, sometimes have a financial penalty or other types of undertakings and obligations with different types of trigger events to show that the firm has to take it seriously,” she said.

“We’ll use a combination of those in a fund finance structure, and financial penalties won’t be the main driving force, because generally the obligation to report certain metrics might have an even bigger reputational impact.”

ING provided its first ESG-themed facility – a €1 billion syndicated loan with Dutch conglomerate Royal Philips – in 2017 and has closed 66 sustainability improvement loans to date, including four in Asia, the statement noted.

ESG-themed credit facilities can be applied to other asset classes such as infrastructure, real estate and credit, Dinh added.

Dinh was appointed last year to build out ING’s fund financing business in Asia-Pacific, according to her LinkedIn profile. She was formerly a London-based director covering private funds in Barclays’ financial institutions group.

Fund finance usage has soared in recent years in part due to low interest rates and access to cheap debt. Such facilities can be controversial as they carry the potential to distort performance metrics and can lead to disputes over repayments, as Société Générale discovered the wake of Abraaj Group’s collapse.

Demand for sustainability-focused private equity has also risen, with impact investing AUM expected to reach $468 billion by 2020, according to the Global Impact Investment Network and KPMG. Measuring impact remains one of the strategy’s biggest obstacles, with investors having cited a lack of understanding, sophistication and sufficient research on products as among their chief concerns.