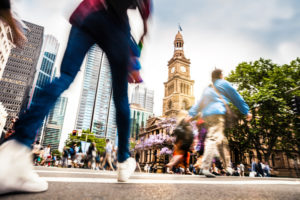 The Sydney-based company – founded last year by a team of Macquarie Capital alumni – is seeking A$300 million ($204 million; €184 million) to invest across private equity, real estate and renewable energy. Earlier this month it opened the raise to non-institutional investors.

It has tapped Australian private wealth management group Ord Minnett as lead arranger of the offering.

The A$300 million feeder fund will have a A$20,000 minimum buy-in, head of private equity Neil Brown told Private Equity International. The fund is also expected to raise capital from sophisticated investors, family offices and institutions.

“The real estate and the renewables businesses are much more capital hungry; the opportunity set is a lot wider and you can deploy a lot of capital into those so we’re also raising more institutional capital to add to those individual strategies,” Brown said.

Each strategy will have its own pool of capital and the feeder vehicle will be deployed equally across these sub-funds.

The private equity business is expected to deploy around A$20 million into Australian, Japanese, Singaporean and Taiwanese companies for up to 49 percent of their share register.

Federation is targeting a 15 percent net internal rate of return and up to a 4 percent dividend yield over the life of the trust, according to a statement announcing the fundraise this month.

“We think individual real estate assets will deliver 8 percent to 9 percent on a levered yield basis, so we’ll also target a 3 percent yield on average over the life of a fund because it’s one-third of the fund,” Brown added.

Federation will charge a 1.6 percent management fee and 20 percent carried interest over an 8 percent hurdle, Brown said. The vehicle will have a five-year term.

“We’re certainly exploring options to provide liquidity to people who need it on an ad-hoc basis and that’s in the form of potentially a grey market through the broker, so effectively there [would] be liquidity if someone on the other side is interested in taking that stake,” Brown added.

“It’s also possible within that five-year term that the public market is a logical vehicle for the unlisted real estate investments. That would effectively mean those REITs are spun off into public markets and allow investors to effectively own shares in the listed vehicle.”

He is joined by head of renewable energy Stephen Panizza, who led the principal investment division in Asia, while Brown served as a former division director within the bank’s balance sheet investment arm.