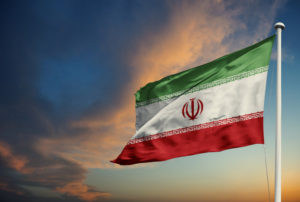 Iran had appeared to be a promising investment destination for private equity firms when international sanctions were lifted more than four years ago. Heightened tensions between the US and Iran in the past week, however, appear to have shut the door on private equity investments.

Iran pledged retaliatory attacks against the US following the death of Qassem Soleimani, the top commander of Iranian forces, in a US airstrike on Friday.

Three Iran-focused firms Private Equity International spoke to in 2016 were in the early stages of launching their funds. Tehran-headquartered Turquoise Partners was seeking $150 million for its debut vehicle and was in discussions with a Swiss bank to form a joint venture to manage the fund. The bank had secured soft commitments of as much as $40 million from wealthy individuals in Europe, PEI reported at the time.

Griffon Capital, also based in the Iranian capital, launched a $130 million, consumer-focused fund that year. The firm planned to put between $10 million and $15 million into each investment and sought “well-run companies that have been suffocated by lack of access to capital, and companies looking for working capital”, according to founding partner Xanyar Kamangar.

Turquoise and Griffon did not return requests for comment about their funds’ status and the amount of capital deployed.

Meanwhile, Canton Hermidas, an Iran-focused investment house, launched its $250 million Iran Investment Fund in 2015. The vehicle received commitments primarily from existing investors, the firm said in a statement at the time. It planned to invest in the finance, consumer goods, industrial and hospitality sectors as early as the third quarter of 2015 following the removal of investment sanctions on Iran. The firm was also seeking to launch a tech investment platform.

It is unclear whether Canton Hermidas had raised the vehicles or made investments. The firm did not return requests for comment.

Market sources familiar with the country note that a dearth of GPs in Iran coupled with troubling know-your-customer implications make it near impossible for LPs to invest there.

Elizabeth Di Cioccio, partner and head of global distribution at placement firm Mercury Capital Advisors, said she has never seen appetite for Iran from LPs in her 15 years of fundraising experience.

“In order for an emerging or fringe market to be compelling, there needs to be both a strong macro case as well a handful of professional, local managers to support the investment and business ecosystem,” Di Cioccio said. “At the moment, Iran has neither a compelling macro story nor any notable fund managers; therefore, there’s really no case for investing.”

The World Bank expects Iran’s economy to contract by a further 8.7 percent in 2019/20 due to external shocks to oil and gas sector output.

The institution ranked the country 127th among 190 economies in terms of ease of doing business, owing to regulatory factors. In the last four years, Iran has implemented business reforms including an online system for filing and paying taxes and has made exporting and importing easier by enhancing the national ‘single window’ for trade.

A partner at a global law firm who focuses on Europe, the Middle East and Africa told Private Equity International that the Middle East will not be the main target of private equity investors until the short-term view becomes clearer.

“There’s a lot uncertainty today,” the partner said. “I don’t see any PE fund making investments in the Middle East as we speak.”