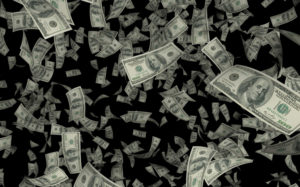 KKR, the third-largest private equity firm according to the PEI 300, is eyeing almost $100 billion in capital raisings over the next three years.

Across private strategies, the firm raised $5 billion of capital, deployed $2.4 billion and had more than $57 billion in dry powder at the end of the third quarter, according to chief financial officer Bill Janetschek. Only $400 million had been deployed in the US.

KKR is expanding its Asia platform beyond private equity with credit, real estate and infrastructure products, and will also launch a tech fund in the region, Nuttall said. The firm will leverage its team on the ground in its eight offices across Asia, he added.

The overall impact of the US-China trade tensions on KKR’s portfolio was small, to according to head of investor relations Craig Larson. “The firm had focused on companies focused on domestic consumption that were not subject to whims of trade wars,” he said.

KKR’s flagship KKR Americas XII, Asian III and Europe IV funds generated blended returns of 26 percent for the 12-month period ending 30 September. Firm-wide assets under management increased to $208.4 billion as of 30 September, up 7 percent from $194.6 billion one year prior.

KKR held a first close for its Next Generation Technology Growth Fund II in July, which had collected $1.84 billion in committed capital as of 30 September, according to a filing with the US Securities and Exchange Commission. The GP commitment to the fund is 8.1 percent, according to an SEC filing.

Building out the distribution channels

KKR’s distribution channel expansion into retail and high-net-worth and insurance investors is gaining traction. Three years ago, the two channels accounted for $17 billion of capital raised. As of Q3, that figure was almost $60 billion. Commitments from insurance companies have risen to $26 billion from $8 billion in 2015, while commitments from retail and high-net-worth investors increased from $9 billion to $35 billion in the same period, Nuttall said.

KKR sells regular and tailored structured products to insurance investors and had “strategic partnerships” with some, according to Nuttall.

The firm’s LP base has expanded almost fourfold to more than 1,000 investors from 275 a decade ago, he noted. Almost 41 percent of the investor base committed capital to more than one strategy; KKR’s top 70 LPs had committed to an average of 4.5 product strategies, and on average each LP committed to 1.9 products, providing opportunity to “meaningfully expand” the cross-selling, Nuttall added.

Investor interest in alternatives has increased because of their struggle to make investments in an environment of low interest rates, Larson said.

– This report was updated to reflect that the firm is planning to launch KKR Asian Fund IV; that its three flagship funds’ predecessors raised a combined $29.63 billion; and that IR head Craig Larson referred to the impact of US-China trade tensions.