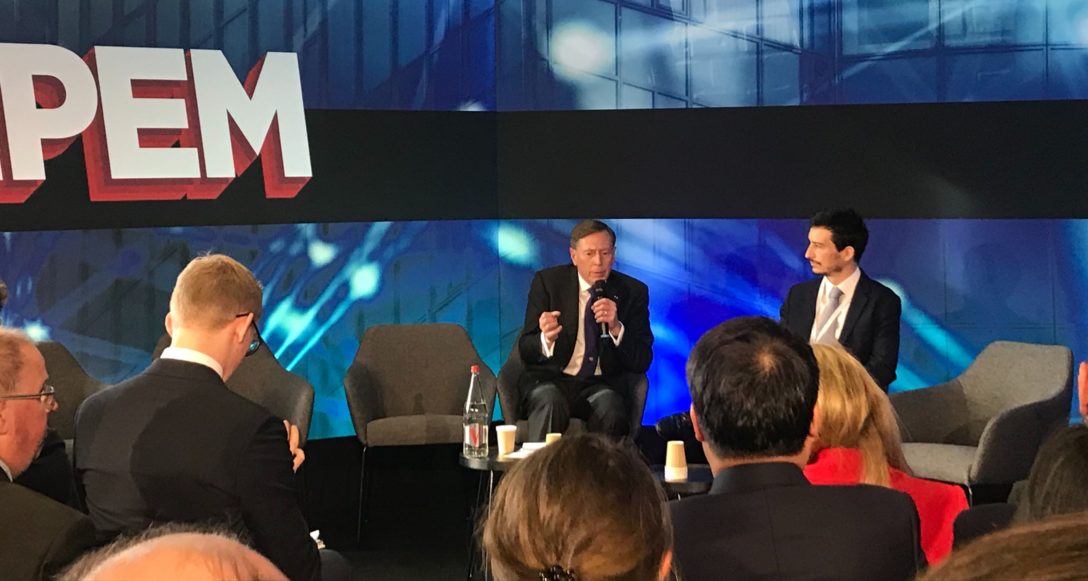 David Petraeus, KKR partner and chairman of the KKR Global Institute, said there’s never been a more challenging and fascinating time in the world than now.

“The present time presents the most complex array of threats and challenges that we’ve seen since the end of the Cold War,” the former US army general said during the opening keynote interview of the IPEM conference in Cannes on Tuesday.

Petraeus noted that these profound transformations include the dominance of the US and China and their evolving relationship, the resurgence of Russia trying to assert itself, the activities of Iran solidifying a Shia crescent, the evolution of cyber threats and the rise of populism in most democracies.

“We are experiencing the greatest amount of stress and strain on the rules-based international order that frankly the western world, led by the US, in the wake of a 50-year period that has seen two world wars and has designed the institutions, norms, alliances to try to avoid that happening again,” he said.

Governments are questioning the value of alliances, multilateral institutions and multilateral trade agreements, he added.

He noted the “technology fracture” taking place between the two superpowers, saying some are calling it a “technology Cold War”, and added that the ramifications of the trade war are taking place in supply chains worldwide as well as on social media.

Petraeus joined KKR in 2013 as chairman of the KKR Global Institute, which supports the firm’s investment process and its portfolio companies with analysis of geopolitical, macro-economic, environmental, social and governance issues.

Prior to joining KKR, he served over 37 years in the US military and was director of the Central Intelligence Agency from 2011 to 2012.

The story has been amended to show that David Petraeus noted that some are calling the US-China trade war a “technology Cold War”.