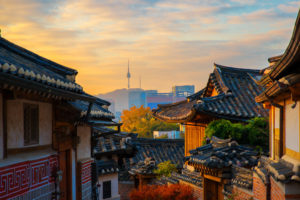 The Seoul-headquartered firm has collected around $1.1 billion towards a $1.3 billion target for the Korean won-dominated STIC Special Situation Fund II, according to a source with knowledge of the matter. The firm will seek an additional $300 million from international investors for a parallel dollar-denominated fund.

Fund II is expected to hold a first close later this month and a final close by year-end, the source added. It has been in market since September.

National Pension Service of Korea, the 690 trillion won public pension, is understood to be an anchor investor in the fund.

The firm had an eventful 2018. According to its website, in May of that year it raised its fourth pan-Asian growth equity fund, which is understood to amount to around $300 million. It also spun off its venture capital arm to form STIC Ventures and launched STIC Alternative, a real estate and infrastructure manager.

STIC set up a Jakarta office this year, in addition to its bureaus in Taipei, Shanghai and Ho Chi Minh City. Launched in 1999, the firm has 3.5 trillion won of assets under management, down from 4.8 trillion won prior to spinning out STIC Ventures.

Compatriot Hahn & Co, one of South Korea’s largest private equity firms, was expected to close its Hahn & Company III fund on $2.5 billion by the end of June, according to a document from the Pennsylvania Public School Employees’ Retirement System published in May.

According to a 2018 McKinsey & Company report, the country emerged as Asia’s third largest private equity market after regulation was passed in 2005 to permit the formation of funds. Between 2005 and 2017 buyouts were the most favoured strategy and 75 percent of investments were in consumer, industrials, financial services and infrastructure.