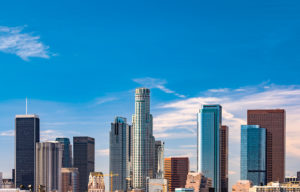 The $17.7 billion Los Angeles City Employees’ Retirement System is increasing its private equity investment commitment pacing by more than 17 percent for 2020 as it seeks to expand its private equity portfolio from $2 billion to $2.5 billion.

LACERS will commit between $635 million and $675 million to relationships for its $2 billion private equity portfolio in 2020, up from the current investment pacing of between $550 million and $575 million, according to consultant TorreyCove Capital Partners’ presentation for an 8 October investment committee meeting.

The new commitment levels would enable LACERS to be a meaningful partner and trim its GP relationships, a source close to the fund told PEI.

LACERS’ private equity portfolio is spread across 272 partnerships with more than 120 managers; the pension system is in the planning stages to sell its stake in some funds to reduce the number of relationships as well as monetise its legacy investments, according to the TorreyCove presentation.

The pension system will consider commitments to value-oriented, turnaround and distressed managers whose strategies are designed to outperform in down markets.

Additionally, the pension system will look to increase its exposure to buyouts and reduce its venture capital exposure. Potential investments in Asia were being considered for the first quarter of 2020.

LACERS had committed $408 million across 15 funds as of 30 September and expects to close fiscal 2019 with $560 million in commitments, the presentation said.