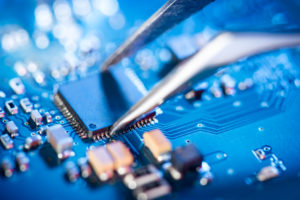 Beijing-based SL Capital comprises executives from SK Hynix, a semiconductor supplier, and Legend Capital, a Chinese venture and growth equity firm partly owned by Legend Holdings, according to a source with knowledge of the matter.

SK and Legend Holdings have formed a $1 billion “investor club” that will deploy half of its money into Legend Capital funds and the remainder to the SL Capital vehicle and other projects, the source said. The pair are expected to invite additional institutional investors to the club.

SL Capital – known as Junhai Chuangxin in China – has started deploying capital already. It led a $100 million Series B funding round for automotive-focused imaging technology developer Black Sesame in April, according to a statement at the time. The firm also targets cross-border deals and semiconductor-related technology assets.

Legend Capital, which is 20 percent owned by Legend Holdings, has 23 private equity funds representing more than $7 billion of assets under management in yuan and dollars. The firm is expected to close its latest yuan fund on 10 billion yuan ($1.45 billion; €1.29 billion) later this month.

Demand could grow after a US crackdown on the sale of domestic technology to Chinese companies. Tech giant Huawei was placed on a blacklist in May that would require US firms to seek a licence to trade with the Chinese company, a move which could prompt it to pursue opportunities back home.

Hong Kong’s China Everbright is among those bullish on semiconductors. The asset manager partnered with US venture capital firm Walden in 2017 to launch a $500 million fund targeting the semi-conductor industry.