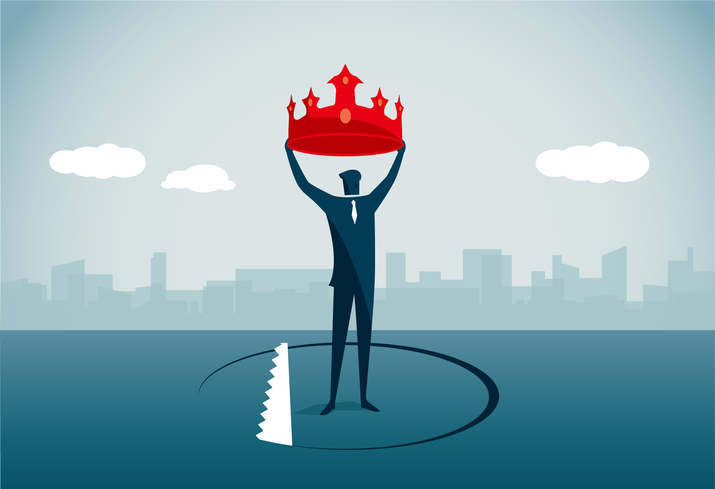 A power struggle that led investors to seek the removal of Novalpina Partners as the GP of its debut fund has played out in Luxembourg’s legal system for roughly half a year, Private Equity International has learned.

Novalpina made headlines this week after Sky News reported that the firm’s limited partner advisory committee had voted in July to replace the general partner and insert one of its own choosing. The LPAC has until early August to choose a replacement, or Novalpina’s €1 billion fund will be wound down.

The London-based firm’s troubles began as early as January, when partners Stefan Kowski and Bastian Lueken, together with four independent directors of Novalpina’s Luxembourg holding company, Novalpina Capital Group, approved a motion to suspend Stephen Peel’s voting rights, according to two sources with knowledge of the matter.

The motivation for this move is unclear, though a Sky News report from March said the firm’s leadership were disagreeing over a strategy for deploying new capital.

However, at a hearing in March, a Luxembourg judge sided with Peel and granted an injunction overruling this motion, the sources said. This hearing was held ex parte, meaning only one of those involved – in this case, Peel – was present, one of the sources said.

Between January and June, Novalpina – embroiled in a power struggle – defaulted on its GP commitment at least once. With the firm appearing increasingly dysfunctional to its LPs, a vote to remove Novalpina as GP was called at a June investor meeting. It was to be held on 9 July.

“The first choice was always to allow and encourage the three partners together to agree on a plan to manage out the existing assets,” one investor source told PEI on condition of anonymity. “Members of the LPAC urged them almost daily, before and after the removal vote, to agree on a plan together. Stephen Peel alone was a second option that many [LPs] would endorse.”

On 7 July, two days before the vote was due to be cast, a Luxembourg appeal court annulled the March ruling in favour of Peel, meaning he remained suspended, according to a court document seen by PEI. The lifting of the injunction allowed Kowski and Lueken to gain control of Novalpina. Luxembourg company filings show that Peel was removed as a manager of NCG following the decision, as were three non-executive directors. Two were added.

“The lifting of the injunction has allowed us to make necessary changes to the board composition of the GP entities, with the immediate objective of ensuring that the GP can now operate in an efficient manner, for example by funding the outstanding drawdown notices under its GP commitments,” Kowski and Lueken wrote in an 8 July letter to Novalpina’s 87 LPs, seen by PEI.

Nearly all of Novalpina’s eligible LPs voted on 9 July to remove the firm as GP. Investors have until 6 August to find a replacement, or have the fund wound down either by its partners or an outside party.

“Increasingly litigious interactions, including dysfunctionality and overt hostility in connection with GP removal, has increased the appeal of a possible [third] party replacement,” the investor noted. “[The] three partners may coordinate and agree to work constructively towards an effective transfer to a third-party GP.”

Peel, Kowski and Lueken, all former alums of TPG, founded Novalpina in 2017. The former was previously head of Europe at TPG, while Lueken joined from Platinum Equity and Kowski from Centerbridge Partners.

The fund was set up to acquire controlling stakes in European mid-market companies with an enterprise value of €200 million to €1 billion, according to Novalpina’s website. It had a particular focus on Benelux, DACH, France, Italy and UK.

Exactly what prompted the dispute between Novalpina’s co-founders remains unclear. Fund performance does not appear to have been an issue, with Novalpina Capital Fund I generating a 1.48x total value to paid-in multiple as of December, according to performance information from the Oregon Public Employees Retirement Fund.

The breakup will have come as a surprise to Novalpina’s LP base, some of whom are understood to have chosen to back the firm on the strength of its teams’ shared history.

Oregon State Treasury, for example, was among Novalpina’s biggest supporters, having committed €200 million to the fund. In a 2017 investment memo, the institution called Novalpina a “unique opportunity to back a team of professionals with an impressive pedigree and an extensive history of having collaborated closely”. This gave Oregon “higher conviction” than usual for a first-time vehicle.

Besides a barnstorming debut fundraise, Novalpina rose to prominence in 2019 over its acquisition of Israeli spyware manufacturer NSO Group from Francisco Partners. After the deal, Amnesty International and six other NGOs urged Novalpina to publicly commit to accountability for NSO’s past alleged spyware abuses, including the alleged targeting of murdered journalist Jamal Khashoggi.

In a September 2019 statement, Novalpina outlined measures it would take to improve NSO’s governance, including a new human rights policy. At the time, a Novalpina LP told PEI the firm was “doing a great job” of addressing concerns. “There’s some irony in this because they’ve always had an emphasis on ESG topics, which is one of the things we like about them,” they added.

NSO came under renewed scrutiny earlier this month after an international group of journalists, known as the Pegasus Project, alleged that the company’s software had been used to target the likes of politicians, human rights activists and political dissidents. NSO has denied the claims.

It’s unclear what role, if any, the NSO scandals have played in the deteriorating relationship between Novalpina’s co-founders.

The decision to remove Novalpina would not have been made lightly. Although the right to do so is written into most limited partnership agreements, rarely is it used.

These documents typically allow for the removal of a GP on either a ‘for cause’ or ‘no-fault’ basis. The former can triggered by behaviour such as fraud, gross negligence, bad faith, wilful misconduct or a material breach of the fund documents, Sarah de Ste Croix, a partner at law firm Stephenson Harwood, told PEI this week. The latter scenario occurs without any triggering act and requires a majority vote from LPs, typically at about 75 percent.

In ‘for cause’ removals, the GP forfeits rights to future management fees as well as some or all carried interest generated on the assets of the fund. These are rare due to the time and cost associated with proving this is justified. In a ‘no-fault’ divorce the GP can expect to receive a compensatory payment of 12-24 months’ management fees and the right to carried interest generated on assets bought prior to the removal.

Another alternative, if LPs fail to secure a replacement, would be to have the fund liquidated either by the management team or a third-party. But with bad blood among the partners, and a diminished opportunity for additional value creation, this may be the least appealing route for all involved.

Representatives for Novalpina and the partners did not return requests for comment.

– Chris Witkowsky and Carmela Mendoza contributed to this report.