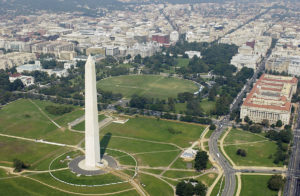 Overseas Private Investment Corporation’s relaunch as the US International Development Finance Corporation (DFC) has been pushed back due to a lack of approval for funding in Congress, Private Equity International has learned.

Stopgap funding bills – known as continuing resolutions – prevent US government shutdowns. President Donald Trump signed the latest such resolution on 27 September, which will fund agencies at 2019 levels through 21 November.

This means OPIC’s planned relaunch, which was set for 1 October, will be delayed and the timeline for the formation of the DFC – created by the Better Utilisation of Investment Leading to Development, or BUILD Act, last year – is unclear.

Last week, Adam Boehler’s nomination to lead the DFC was approved by the US Congress. Boehler, who has experience in government and the private sector, is expected to begin working as soon as he is sworn in. In the interim, acting chief executive of OPIC David Bohigan will continue to lead, according to a source familiar with the agency.

“The US International Development Finance Corporation continues to enjoy strong bipartisan support, and we are confident Congress will work to ensure we can launch with full funding and authorities soon,” OPIC press secretary Laura Allen told PEI. “In the interim, OPIC and USAID’s Development Credit Authority remain open for business and continue to execute on investments, and development and foreign policy objectives.”

When funding is enacted, the DFC’s $60 billion budget will be double OPIC’s current budget of $29 billion. It will include staff from USAID to help with loan guarantees.

A significant addition to the new DFC mandate will be the ability to make equity investments that will allow the US DFI, for the first time, to invest in equity alongside other limited partners in private equity funds, Bohigan told PEI.

Previously, OPIC could only make loans to private equity firms. OPIC traditionally had a less attractive product than other LPs because of the inability to make equity investments, according to Bohigan.

“The new DFC will be able to better meet the demand for longer-term capital that businesses require in less developed countries,” Bohigan said. “It’s going to allow us to play an even greater role in mobilising private sector capital that meets development goals and foreign policy goals.”

In addition, the DFC will have a venture capital initiative through which it will invest in Series B, C and D fundraises for companies.

“The potential to help grow those companies without taking early-stage technology risk or early-stage operational risk really should help catalyse additional capital and create an entrepreneurial class of small business owners who are able to advance their family’s goals in their countries and help us meet our development goals here,” Bohigan said.

The DFC will continue to support regional initiatives such as the Indo-Pacific infrastructure and energy projects which aim to meet the needs for small business finance and modern infrastructure and technology; Connect Africa, a sub-Saharan initiative which aims to bring logistics to the continent to reduce costs for existing businesses as well as the information sector; and the Women’s initiative 2x, through which OPIC is committed to catalysing $1 billion to invest in women in developing countries.