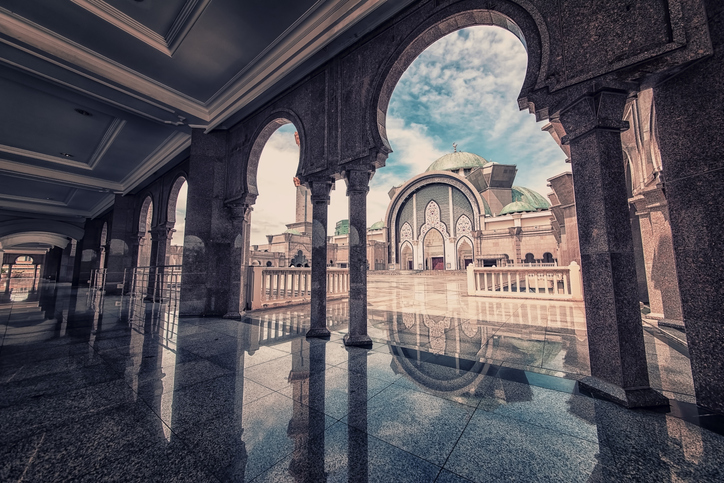 Private equity – an asset class synonymous with the use of leverage – is not an obvious investment destination for sharia-compliant investors.

Sharia is an Islamic law which prohibits the use of interest, high levels of risk, financial speculation and exposure to vices such as gambling or alcohol. Though some of these features could fairly be associated with private equity, appetites for the asset class persist among some followers.

Last month, Partners Group was selected by Employees Provident Fund of Malaysia to manage one of three sharia-compliant separately managed accounts, per an EPF statement. Each $200 million SMA has a global mandate focused on direct and co-investment strategies into growth equity and buyouts.

Partners Group has offered sharia-compliant exposure to private equity for about 14 years, Kevin Lu, partner and Asia chairman at the firm, told Private Equity International. Many of its clients in this space are based in the Middle East, he said, declining to comment on the EPF mandate or any individual SMAs.

Incorporating sharia values into the private equity model can be a complicated process. PEI caught up with Lu to discuss how it can be done.

How does a sharia-compliant PE mandate avoid exposure to leverage?

We would not offer an SMA to do deals without leverage, because you’d essentially end up only doing very high-risk transactions where banks didn’t want to lend. We therefore create a combination of structures with the advice of sharia scholars in order to offer a bespoke solution to clients. Their vehicles will not be exposed to asset-level leverage because they’re at a level removed from that.

The sharia-minded investors are also very careful, so even if theoretically the structure doesn’t expose them to asset-level leverage, some still want the comfort of knowing they’re not getting into an investment that is over-levered. Hopefully, we find a point that doesn’t make the tracking error too big but at the same time gives them comfort that there’s some restriction on leverage.

To what extent can sharia-compliant mandates access your standard dealflow?

We don’t say because you are a sharia-compliant investor that we’re going to go into different transactions for you; these investors inevitably wanted to access mainstream PE dealflows. We’re not veering off to do something unique and special which our historical track record can’t support.

We manage about $109 billion globally and almost half of that comes from customised mandates, all of which receive pro rata allocations from deals we do. We will use our standards to [assess] whether there are any issues with a particular asset and then we will send it to sharia scholars to ask whether they agree with our judgement or not.

Leverage is only one part of that; let’s say you buy a restaurant chain – one question would be whether down the road it could start to sell alcohol. Today, 70 percent of our transactions are control, so we know what’s going to happen and we have influence, which can give comfort to sharia investors. If you have a plan for the company that isn’t sharia-compliant, then we would not allocate from that SMA.

Sharia SMAs are not the only one that involves this additional step. It’s entirely possible to think of another SMA that is, for example, ESG-oriented, where the investor only wants exposure to renewable-related deals. Therefore, if a transaction come in that’s not eligible, we won’t allocate from that SMA.

How does this eligibility process impact your ability to execute deals at speed?

It does add a few more days. The private equity industry timetable has been compressed and the time to do a deal is shorter and shorter. There are a number of ways for us to confront that: one solution is to have an extremely well-organised dealmaking process that typically starts very early and often allows us to pre-empt an auction process altogether.

Our deal teams do a lot of thematic research before a deal comes into play. This is not only because some SMAs would need those extra days and weeks, but also because proprietary sourcing of deals is a key differentiator for us. If you don’t do your homework before a process starts you will be behind other players, so we typically spend a year or two before that to track those assets and, by the time a process does begin, 80 percent of the work has been done.

The most important measure of success for us as an investment manager is to minimise the tracking error between the performance of a portfolio which has been organised for sharia investors and that of our mainstream funds. In the case of private equity, it’s not possible to have zero tracking error, due to leverage and sector restrictions, but the latest few structures were able to achieve fairly high overlaps.

We did fairly extensive back-testing by looking at the last three vintages of our buyout funds and assessing what percentage of deals would have qualified for a sharia-compliant SMA. It would have covered about 80 to 90 percent of deals, which performed as strongly as the overall track record and the difference in return is minimal.

The difference here is not return, it’s concentration. If you can only come into 60 to 80 percent of deals, you’ll have a more concentrated portfolio, which is something we make sure our investors understand when they ask for additional caution. The mitigating factor here is that we invest $15 billion to $20 billion each year, so there’s a very large number of deals for our SMAs to get allocated to and it reduces the concentration risk.