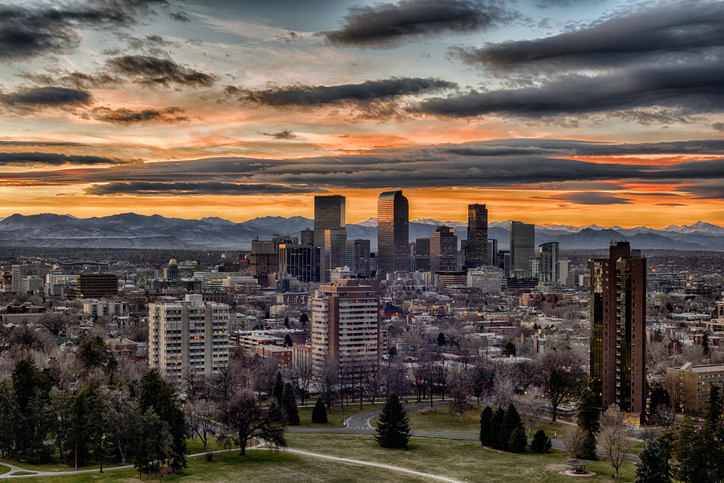 Somewhere in Denver the finishing touches are being put to a complex that looks like a cross between an agricultural unit, a Victorian-era factory and a luxury new build. An architect’s visualisation shows a mixture of gently sloping roofs and sturdy units in red brick. There are windows, but it is a world away from the glass and steel boxes one associates with financial investors.

Partners Group’s Denver campus borrows, entirely intentionally, from the aesthetic of industry. It looks like a factory refurb, when in fact the listed private markets firm has had it built from scratch. It is due to open at some point in the first half of the year, at which point four temporary offices-worth of Denver-based Partners Group professionals will empty out into their new hub.

The building is designed to send a clear message to its stakeholders: Wall Street, this is not.

“It will look like an old-fashioned Colorado warehouse: brick, steel and stone,” says Steffen Meister, executive chairman. “When people get in in the morning, they will understand this is not a Wall Street environment.”

Meister is currently working with a design team, he says, to work out how they could roll out some of the look to other major hubs in the PG office network.

The rationale is this: the firms that will succeed in the future of private markets investing will be industrialists, not financial engineers. The campus in Denver – like the headquarters in Zug – is overlooked by mountains rather than skyscrapers. It is “a nice distance to financial centres; away from that nervousness about day-to-day valuations that you get in London, NY and even Zurich.

“Don’t get me wrong, of course we have Bloomberg terminals and we stay reasonably close to the market. But fundamentally, Partners Group is about the entrepreneurial ownership and development of assets; that’s our mission. This is not the place to just ‘do deals’.”

Co-chief executive David Layton says the facility has given the firm an edge in hiring over the last two years and that the firm will have close to 200 staff there when it opens. “This is a big step forward for our US operations,” he says. The challenge for any limited partner is untangling fact from spin when presented with the now well-told story of “we are operators, not just financial engineers”. Most firms say it; few firms have gone as far as building an actual factory.

Meister points to the fact that these days Partners is more likely to hire executives from Mondelez or Starbucks than JPMorgan. The firm has also been among the winners in Private Equity International’s last two rounds of Operational Excellence Awards, where judges from the world of consulting, fund investing and operations choose the best examples of value creation in private equity portfolio companies.

Evolving the firm away from Wall Street is the key to survival in a future in which private equity returns will be harder to generate. So far, the firm has delivered an average gross return of 3.32x and a gross internal rate of return of 29.6 percent on realised exits from its direct private equity investments.

“We all like to think of ourselves as geniuses,” Meister says, “but in reality, private equity has been relatively straightforward for about 20 years, apart from ’06 to ’09. Going forward, what can you expect in terms of economic growth? In terms of multiple expansion? Perhaps nothing. Maybe even a negative contribution overall.

“Competition will get crazier and crazier. Disruption is as it has never been before. It’s not necessarily a cocktail that creates abundant opportunity, rather, despite the environment, there is opportunity if you own the right assets and steer them the right way. But to make the best of this, you will have to have phenomenally strong entrepreneurial governance and be super-disciplined as to how you grow these companies. [Private equity investing] isn’t just sitting there with a bit of leverage and a bit of value creation – it’s being a true partner to business.” A development that fits neatly into the theme of a movement away from Wall Street is the advent of more long-hold private equity investing. One senses that Partners Group is trying to capture some of the spirit of Nebraska-based Warren Buffett, making spectacular long-term investments by being detached from the financial mainstream.

There is a cadre of sophisticated institutional investors that do not want their money returned to the rhythm of the traditional private equity fund cycle. To quote Stephane Etroy, head of private equity at Canadian pension plan Caisse de dépôt et placement du Québec: “We have $10 billion in funds. Every year we receive roughly $2.5 billion to $3 billion back, so every three to four years, the whole funds portfolio comes back… Every time it comes back and you need to reinvest it, you suffer transaction costs, a distraction for the management teams and the companies involved, additional fees, additional carry, and so on.”

So, across the private equity universe, well-resourced firms (typically those serving the big-ticket LP relationships) have been coming up with ways to accommodate client demand for longer hold periods for portfolio companies. A handful of large managers have launched efforts in this area, but most are at relatively early stages; CVC Capital Partners is the only mega-firm to start raising its second vehicle.

Meister has been heavily involved with Partners Group’s long-term initiative. The firm has not raised a separate fund for it yet – Meister declines to comment on any plans – but it has around €15 billion in client mandates that could be deployed to long-hold assets. Mandates comprise around 40 percent of Partners Group’s €73 billion assets under management.

The Partners Group approach sees it invest client capital with a long-term time horizon into companies alongside capital from its regular direct funds. After the conventional four- to seven-year hold period, a partial exit may be sought to return capital to the regular fund while allowing other clients to remain invested. These partial exits would, Meister says, be subject to strict rules to ensure returns for all investors are maximised. This approach removes one of the potential conflicts associated with long-term (or “core”) private equity investing: that two deal teams in the same house could be eyeing the same asset (although the allocation of equity still needs to be managed).

This crystallisation of some value every four to seven years allows management incentives to be reset and the formulation of another value creation plan. The strategy retains the drive and focus associated with private equity ownership but negates the need to exit and redeploy elsewhere.

For this to work effectively, however, it requires a market that ascribes the same value to minority stakes as it does to control stakes. In a world in which many institutions want to invest more directly but do not wish to control investments, this is unlikely to be a problem.

The types of companies suited to long-term holds include, says Meister, many of those that would once have been considered ripe for listing: “category leaders” with significant market share in their niche and continued growth potential ahead.

The arrival of more long-duration private markets investors will, therefore, accelerate the ongoing trend of shrinking public markets and growing private markets. Research released in 2017 by Partners Group competitor Pantheon cited US public markets as having around half as many companies listed as in 1996, and similar – if less pronounced – trends in other regions.

Meister has written extensively on the governance shortcomings of publicly listed companies. I leave his office in Zug with a 73-page white paper he co-authored in 2018 entitled The rise of ‘Governance Correctness’: How Public Markets Have Lost Entrepreneurial Ground to Private Equity.

Private equity will continue to generate better returns than the public markets, says Meister, not because it offers an opportunity to buy assets at a better price, but because “the fundamental driver of private equity outperformance is its superior corporate governance”.

The knock-on effect of this? One will be more take-privates, says Meister, but in the longer term he sees private capital managers playing a larger role in listed companies, taking big positions and bringing more focused governance to bear. “I would not be surprised if, over the next five to 10 years, private market firms will come to own a decent proportion of public companies as dominant shareholders. The problem is listing rules today make that difficult,” he says.

Perhaps rather than eroding the public markets, private equity firms will play a role in improving them.