The manager side of the private equity industry clearly feels that, on balance, Tuesday’s House Financial Services Committee Hearing, “America for Sale? An Examination of the Practices of Private Funds”, was a big win for them.

The American Investment Council came out on Wednesday with nearly a dozen clips of the hearing, most of them of committee members on both sides of the aisle making industry-friendly statements. Some showed members relating constituents’ – and even personal – successes with private equity-backed business.

Republicans largely toed the industry line, and political points were stubbornly made and remade again and again. What wasn’t as expected was that a majority Democrat committee didn’t use every last second to hammer the two industry representatives who acted as witnesses: Drew Maloney, president of the AIC, and Brett Palmer, president of the Small Business Investor Alliance. (Mere minutes were spent directing questions to Giovanna De La Rosa, an activist and former Toys ‘R’ Us employee.)

Everyone in the industry will be happy that time was spent pointing out the legal perversity of the ‘Stop Wall Street Looting Act’ provision to eliminate limited liability for, not just GPs, but possibly even LPs and PE-backed business owners with a more than 20 percent stake in their companies.

But ILPA and its members will be less pleased. They had hoped provisions that they support would get more time on the field. Wayne Moore, trustee of LACERS, repeatedly attempted to bring up the sheer cost of, and overall relative lack of transparency and control in, PE investments for pension funds and endowments – two big investor bases. But he was thwarted at nearly every turn, becoming visibly irritated at having to repeat several times that his fund’s best returning asset class net of fees is PE. AIC posted his final response on that front in its release.

For all the victory lapping, though, the fight is not likely to be over soon. Senator Elizabeth Warren is still a frontrunner in the presidential debates, and highly critical, highly visible representatives like Alexandria Ocasio-Cortez are unlikely to pipe down – a point she made clear in her five minutes of questioning at the very end of the hearing, when she criticised the entire membership for being too concerned about the high return profile of the industry (though she did not question Maloney or Palmer). Additionally, some members of the committee suggested the possibility of  bespoke regulation for different parts of the market: perhaps carving out growth equity from any future buyout fund regulation, for example.

PE’s moment in the public spotlight is far from over. One thing we’d be willing to wager: now that some have been identified, persuadable Democrats are likely to get a lot more attention from industry lobbyists.

Write to the author: graham.b@peimedia.com 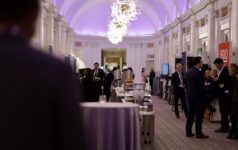 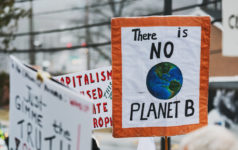