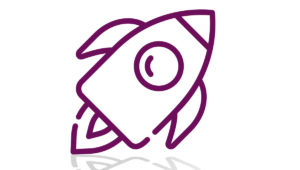 Asia-Pacific private equity firms were represented in greater numbers in this year’s PEI 300. Some 48 managers in the region made it into this year’s ranking, compared with 43 in 2021. These firms raised $238.1 billion over the qualifying period this year, a nearly 21 percent increase from last year’s ranking.

The top-ranked Asia-Pacific firm – China Reform Fund Management Corporation – is a new entrant at 22nd, having submitted its fundraising data for the first time. A similar story played out last year, when China Merchants Capital made its debut at 24th, beating all other regional firms.

Launched in 2014, Beijing-based CRFMC is the private equity arm of China Reform Holdings, a state-owned enterprise (SOE). It invests across sectors such as technology, advanced manufacturing and healthcare.

The firm raised $26.7 billion over the qualifying period in renminbi-denominated vehicles. According to its website, these include the 2017-vintage China Reform SOE Fund, which targets SOE reform; and the 2016-vintage China Reform Guotong, which targets cross-border manufacturing. Though both funds are said to be 150 billion yuan ($22.2 billion; €21.1 billion) in size, our ranking excludes state capital, hence the discrepancy with their total.

Like CMC, its omission from prior editions of the PEI 300 – and subsequent dramatic entry this year – is due in part to the comparative opacity of China’s private equity market. Previous estimates from the Cheung Kong Graduate School of Business have placed the number of Chinese firms at anywhere between several hundred to the tens of thousands. With that in mind, CRFMC and CMC are unlikely to be the only private equity titans yet to be uncovered by the ranking.

Hong Kong’s Baring Private Equity Asia was this year’s second-highest player in the region, climbing 19 places to 35th after raising $20.5 billion over the qualifying period. At the time of writing, it was understood still to be in market with its eighth flagship fund, which has an $8.5 billion target. This is likely to be the last year that BPEA will appear on the ranking as an independent entity, having been bought by EQT in March.

Last year’s top Asia-Pacific firm, CMC, fell 24 places this year, with $13.2 billion raised over the past five years. Other notable fallers include Hillhouse Capital Group, which dropped 20 places to 55th, and Seoul-based MBK Partners, which sank 50 places to 92nd.

With Asia-Pacific PE funds targeting a colossal $151.6 billion between them as of April, versus $99.5 billion in Europe, next year’s ranking could shift even further east.