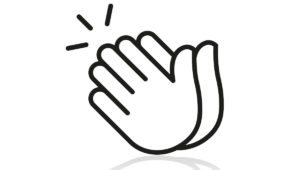 As private equity’s heady fundraising landscape becomes bigger and busier, the PEI 300’s ranks have been bolstered by 25 new entrants.

Six firms in the list of newcomers are China-headquartered.

At number 22, China Reform Fund Management Corporation is the highest-ranked newbie; it gathered $27.7 billion over the five-year period. Although little is known about the Beijing-based, state-backed firm, it invests mainly in three core sectors, according to its website: new generation information technology, advanced manufacturing and services, and high-end medical equipment and biomedicine services. It also focuses on energy conservation and environmental protection, measurement and testing, as well as restructuring of the country’s economy.

Then there is Eastern Bell Capital, a China-based growth equity firm that targets the domestic logistics, supply chain, retail and distribution sectors, coming in at 158th. It was founded in 2010 by Zhiming Mei – who also serves as co-founder and chief executive of Singaporean logistics company GLP – and Li Yan, founder of Chinese family office Black Spade. Early this year, it held the final close of its second US dollar-denominated fund, which gathered $800 million, exceeding its original hard-cap.

RedBird – owner of Toulouse Football Club, the Boston Red Sox and Indian cricket team Rajasthan Royals – held a final close in August last year on $2.6 billion for its latest flagship vehicle, RedBird Series 2019. The fund had a target of $1.7 billion. RedBird founder Gerry Cardinale told Private Equity International in an interview last year that the sports industry has gone through a “tremendous period of asset value escalation over the last 20 years, largely driven by the economics embedded in the subscription pay television ecosystem”.

Another noteworthy addition to the ranking is GP stakes giant Blue Owl Capital at number 42; the firm gathered $16.3 billion across its funds over the five-year period. The firm was formed in May last year through the merger of direct lender Owl Rock Capital Group and Dyal Capital Partners via a special purpose acquisition vehicle. It offers public investors exposure to GP stakes and direct lending – two of the fastest-growing segments in private markets – as well as real estate. The combined entity had $102 billion of assets under management as of 31 March – an increase of 76 percent from the previous year.

Private wealth distribution is a growth area and focus for Blue Owl. Some $2.2 billion of the capital that the firm raised in the first quarter of 2022 – or over half of the total – was driven by private wealth. That’s more than four times the amount it raised through the wealth channel a year ago, chief executive Douglas Ostrover said during the firm’s first-quarter results call in May.