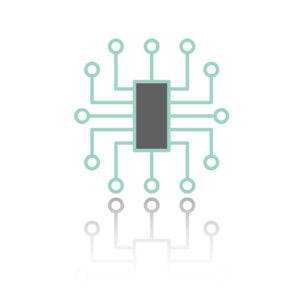 Thoma Bravo has just three types of private equity funds. But even with this restricted palette, the Chicago firm shot from 15th to fifth in the PEI 300, raising just $4 billion less than multi-platform giant The Carlyle Group and cementing the positions of tech specialists at the top table.

In October, Thoma Bravo raised $22.8 billion across three funds that held simultaneous final closes: a record $17.8 billion for flagship Thoma Bravo Fund XIV; $3.9 billion for the mid-market Discover Fund III; and $1.1 billion for its first lower-mid Explore Fund. All three closed on their hard-caps. Thoma Bravo’s record for the largest tech-focused buyout fund was short-lived. In December, tech specialist Silver Lake announced it had closed on $20 billion for its sixth flagship fund, propelling it 22 places up the PEI 300 to 11th.

Meanwhile, Vista Equity Partners rose from 10th to seventh place, buoyed by a $16 billion haul for its 2019-vintage seventh flagship fund. (It was welcome news after a year of headlines about founder Robert Smith cutting a deal with federal prosecutors to avoid prosecution for tax evasion.)

Other tech specialists to make big gains in the PEI 300 include General Atlantic, which advanced from 18th to 16th, Clearlake Capital Group, which moved from 30th to 22nd, and Vitruvian Partners, which shot up 84 places to 79th thanks to a €4 billion fundraise it completed last year.

The rise in fundraising is not surprising given the surge in technology deals. The tech sector attracted the most PE capital in 2020, accounting for 32 percent of all private equity investment, according to consultancy Bain & Co.

“The areas where we have seen sustained dealflow have been in anything around technology and software, and anything around healthcare,” Martin Luen, a managing director in the European investment banking team at Baird, told PEI in November.

Investor appetite for tech is unlikely to abate. Generalist buyout funds are piling into the sector and moving down the value chain. According to PitchBook, private equity firms participated in more than 800 venture capital transactions worth a combined $48.3 billion in the US alone in 2020. At the same time, the specialists continue to raise larger and larger funds. Silver Lake and Thoma Bravo both raised $5 billion more for their latest flagship funds than they did for their predecessors.

The pandemic turbo-charged trends that had been years in development. Most businesses were moving towards digitisation, but overnight the survival of many came to depend on being able to operate online in a quick and seamless fashion.

The broad trend towards digital transformation means the barriers between sectors are coming down, or in the words of one senior Europe-based placement agent, “every investment is now a tech investment”. Yet many investors remain underweight on technology. “The likes of Insight Partners give me all they can, but there’s only so much those guys can absorb,” the agent said.