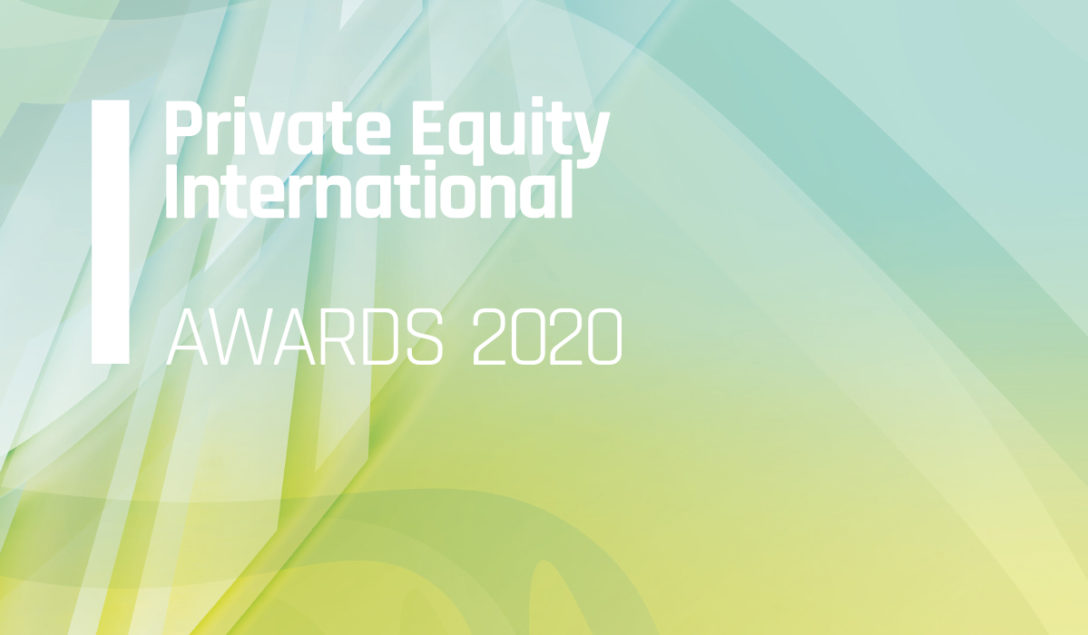 Large-Cap Firm of the Year in Europe

CVC has returned to the top spot after its 2017 win in this category. The private equity giant had an impressive year in 2020, amassing €22 billion for its eighth flagship PE fund, which remains the largest fund to close last year and the largest since the onset of the pandemic. CVC made nine investments, one follow-on and one exit in Europe, including a 28 percent stake in Guinness PRO14 for £116 million ($161 million; €133 million). The firm, along with its portfolio companies and employees, has also committed €75 million to initiatives addressing the consequences of the pandemic.

Mid-Market Firm of the Year in Europe

Private Equity International is delighted to welcome Triton to its awards with its debut win for the category. It had a strong year in 2020, with four platform acquisitions including fertiliser company Fertiberia and Swiss manufacturer Lamina Technologies; more than 35 add-on transactions; and one exit. The firm also built out its investment team last year, increasing headcount by six. It closed its second debt fund in October on €744 million, surpassing its target of €550 million.

Limited Partner of the Year in Europe

The European Investment Fund wins LP of the Year for the second year in a row. A long-time backer of mid-market and emerging managers in the region, EIF committed to more than 20 PE equity funds in the last year, according to PEI data. Among these were Irish Growth Capital Fund II, Idinvest SME Industrial Assets Fund II and Sofinnova Industrial Biotech 2. EIF also recently announced a €300 million investment into two space tech-focused funds.

Deal of the Year in EMEA

Cinven, KKR and Providence Equity Partners’ tie-up for the acquisition of Spanish telecommunications operator MasMovil captured headlines last year as the biggest public-to-private deal in the region since covid-19 spread globally. The trio made a €2.96 billion offer in May to acquire Spain’s fourth largest telco company. The transaction, completed in September, values the Madrid-headquartered company at approximately €5.3 billion.

Exit of the Year in EMEA

1. The Carlyle Group for Golden Goose

The Carlyle Group generated c3.5x its money and a gross IRR of c49 percent on the sale of Italian luxury brand Golden Goose to Permira. Carlyle oversaw a transformative period for Golden Goose, which included international expansion, new distribution networks in South Korea and Japan, as well as scaling up its omnichannel platform. During Carlyle’s ownership, revenue, EBITDA and employee numbers grew significantly. Carlyle retained a minority stake.

Fundraise of the Year in EMEA

CVC Capital Partners has returned to claim first place in Fundraise of the Year for EMEA. The firm amassed €22 billion in July for its eighth flagship vehicle after around six months in the market. Fund VIII is CVC’s biggest-ever vehicle and the largest buyout fund raised in 2020. It surpassed its €18 billion target. The firm previously won the EMEA Fundraise of the Year Award in 2017 for the €16 billion CVC Capital Partners VII.

Firm of the Year in Africa

Helios had another busy year, coming in at the top spot for the second year in row. A notable highlight was its agreement to merge with investment firm Fairfax Africa, collectively becoming Helios Fairfax Partners Corporation. The firm also became the largest emerging markets-focused private equity firm to receive B Corp certification, and it appointed a director of ESG.

Firm of the Year in Benelux

Waterland Private Equity takes the prize in Benelux for the second year in a row. In 2020 it exited a stake in Belgium-headquartered environmental compliance business Enhesa to Bridgepoint spinout CGE Partners, made a bolt-on acquisition in Benelux for German portfolio company coeo Inkasso and committed €1 million to Doctors Without Borders to help fight coronavirus. The firm also closed its eighth fund on €2.5 billion towards
the end of the year.

Firm of the Year in CEE

A many-time winner of this award category, Mid Europa Partners did it again in 2020. Its investment in e-commerce platform Allegro was listed on the Warsaw Stock Exchange, representing the largest initial public offering on the exchange to date at an enterprise value of around €9.6 billion. The firm also made investments in two high-growth Polish tech businesses: Displate, a B2C marketplace for wall art, and Sage Poland, a leading enterprise resource planning software provider.

Firm of the Year in France

In a fiercely competitive category, Ardian took the top spot. The Paris-headquartered manager raised the four largest French funds to hold a close in 2020, including the joint-largest secondaries fund ever, and the fifth of its growth-focused Expansion funds, which at €2 billion is twice the size of its predecessor. Ardian acquired stakes in France’s largest medical diagnostics company Inovie and insurer Finaxy, and it exited plant-based manufacturing business Les Derives Resiniques et Terpeniques in a €2 billion deal.

Firm of the Year in Germany

Advent International achieved front runner status in 2020 by some distance. The firm, in participation with Cinven, completed Europe’s largest PE transaction of the year, acquiring German elevator giant Thyssenkrupp Elevator for €17.2 billion. Advent also acquired a 25 percent stake in delivery group Hermes Germany, alongside a 75 percent stake in Hermes UK. In addition, the firm’s Germany team supported more than 20 charities helping people who were impacted by the covid-19 pandemic.

Firm of the Year in Iberia

This year’s awards mark the second time Magnum Capital has won in this category, having previously claimed the top spot in the 2015 competition. The Madrid-headquartered firm had a busy year, completing nine add-ons for two of its portfolio companies and making its debut investment from its latest fund: buying Spanish business school ISDI. The win comes at a time of heightened interest in the peninsula; in Spain, the private capital sector registered a record 765 investments last year.

Firm of the Year in Italy

CVC Capital Partners leapt to the top spot following an active year in the country. The firm’s Milan-based team took a majority stake in healthcare company Genetic through its Strategic Opportunities platform in July. CVC’s Italian portfolio includes speciality pharma group Recordati, which has been a significant contributor to Italy’s efforts to combat covid-19, gaming and payments business Sisal, as well as Multiversity, which owns Universitá Telematica Pegaso, the country’s largest online university.

Firm of the Year in MENA

Investcorp is a three-time winner in this category, having taken the gong in 2018 and 2019. The Bahrain-listed firm, which is seeking to reach $50 billion in AUM over the medium term, exited Turkish organic grains and oilseeds provider Tiryaki Agro and raised capital across several strategies including for its Asia food sector platform. The firm also listed several assets, such as Theeb Rent a Car in Saudi Arabia and supermarket operator BinDawood Holding on the Saudi Stock Exchange.

Firm of the Year in the Nordics

EQT continues its impressive streak in recent years, winning in the Nordics every year since 2015. The firm made waves in 2020 by debuting its first and second ESG-linked subscription credit facility, the largest of its kind, in addition to launching EQT Growth. It also completed the sale of its credit business to PEI Media owner Bridgepoint and continued fundraising for its largest private equity fund to date, for which it is seeking €14.75 billion with a €15 billion hard-cap.

Firm of the Year in Switzerland

Partners Group has been voted Firm of the Year in Switzerland for the fourth consecutive year. In 2020, the firm was included on the Swiss Market Index, made up of 20 of the largest and most liquid stocks on the Swiss Performance Index. It also partnered with UBS to provide private market access to the Swiss bank’s wealth management clients. The collaboration will give clients exposure to Partners Group’s direct private equity investments, as well as co-investment access to certain Partners Group investments that will be pre-selected by UBS. The initiative has an annual investment capacity of between $1 billion and $3 billion.

Firm of the Year in the UK

It is a double celebration for Hg, which not only marked its 20th anniversary as an independent firm in 2020 but also reclaimed first place in this category following its 2018 win. Hg completed an impressive triple fundraise last year, raising over $11 billion for three funds, which all hit their hard-caps. The firm also completed 25 transactions in the software technology sector, investing $5 billion across 15 new platforms, and returning over $6.5 billion to investors across 10 liquidity events.

Fund of Funds Manager of the Year in EMEA

Altamar Capital Partners has taken the top spot for the second year in a row. The firm had another strong year in 2020, raising over €1 billion, and holding a final close for Galdana Ventures II on €465 million, making it the largest venture fund of funds outside the US. The Madrid-based firm is also in the process of raising its fourth secondaries fund and second infrastructure fund, and has plans to double its AUM to €15 billion in the next five years.

Placement Agent of the Year in EMEA

Evercore stormed into the shortlist to take first place this year. In 2020, Evercore’s Private Funds Group held final closes for four European buyout funds, with a total of $6.9 billion raised. These included Vitruvian Partners’ €4 billion fourth fund and Tenzing’s Fund II, which, despite the covid-19 pandemic, closed on its £400 million hard-cap after nine weeks, in what is believed to be the world’s first entirely virtual buyout raise.

Law Firm of the Year in EMEA (Fund Formation)

Kirkland & Ellis has achieved a double win in EMEA, where it has been voted Law Firm of the Year for both Fund Formation and Transactions. Kirkland’s European fund formation team had a busy year in 2020, overseeing funds with an aggregate of almost €90 billion of committed capital. The firm advised Nordic Capital on the entirely virtual, €6.1 billion fundraise for its 10th flagship fund, and, alongside Proskauer, acted as special counsel to Hg for its $11 billion triple fundraise.

Law Firm of the Year in EMEA (Transactions)

In this competitive awards category, Kirkland & Ellis has taken the winning spot for the second year in a row. The law firm advised Cinven, Advent and other consortium members in the €17.2 billion acquisition of ThyssenKrupp’s elevator business – marking the largest European buyout since 2008. The firm oversaw another 31 European buyout deals, including the £2.7 billion ($3.6 billion; €3 billion) take private of Ahlstrom-Munksjo by a consortium led by Bain Capital Partners and Blackstone’s £4.6 billion acquisition of iQ Student Accommodation.

Lender of the Year in EMEA

Park Square returns as Lender of the Year in EMEA after taking home the award in 2019. The win follows another successful year in which the firm expanded its European presence with a new office in Frankfurt. The London-based firm invested more than $2 billion in 35 companies across Europe and the US, providing a €205 million facility for Inflexion’s acquisition of Aspen Pumps, and co-investing and co-arranging a PIK facility to support Lone Star’s acquisition of BASF Construction Chemicals.