Toys ‘R’ Us – now just a memory and business school case study – was arguably the perfect place to test out the lure of the in-store experience: a playground for kids and source of nostalgia for adults.

The defunct retailer’s $400 million in annual interest on $5.5 billion of debt hampered its ability to compete with the internet giants, court papers show. But the company had plans to capture a bigger share of the market. The retailer had hoped to up its game by tapping a $1 billion bankruptcy financing package to, among other things, improve its brick-and-mortar locations (a price tag of $276.6 million) and the customer’s in-store experience ($64.8 million).

“Bankruptcy is a game often driven by over-levered balance sheets, a bad business plan, bad management or a disrupted marketplace,” says Matt Murphy, a partner and restructuring attorney at Paul Hastings. “[Capital expenditures] can be an important component of not only preserving value but creating value too.”

When a debtor’s post-petition financiers allow it to make outlays for capex projects – which are considered a nice-to-have compared with working capital – it “send[s] confidence to the market” that the lenders are taking a long-term view of the business and its prospects as a going concern, he says.

Toys ‘R’ Us, which declined to comment, was right to put the focus on the customer experience. In its 2018 outlook for the retail industry, KPMG asserted the experiences customers have are paramount. “Despite the notion of the demise of brick-and-mortar stores, physical retail isn’t actually dead, but boring retail is,” the report read. “Customers will shop where they enjoy their experience, this could be on a single channel or a combination of channels.”

The retailer put that reasoning front and centre when it explained the rationale for its real estate improvements (“the nicer the store, the more customers want to shop there”) and in-store experience (“happier customers spend more money”). “Many product categories lend themselves to companion offerings that can enrich the shopping experience and even turn it into a social draw with friends,” says PwC’s 2018 Global Consumer Insights Survey, citing Lululemon’s offering of yoga classes and Nordstrom’s decision to try in-store wine bars. Only 4 percent of retail sales go through Amazon, though 14 percent of consumers shop there exclusiviely.

Increasing spending for a business bordering on insolvency might seem counterintuitive, but it can be a lifeline. This was the case for automotive battery manufacturer and recycler Exide Technologies, which is based in Georgia. In June 2013 the company sought court protection with plans to access a $500 million debtor-in-possession loan that would let it fund, among other things, capital improvements.

The loan contained covenants limiting Exide’s capital improvements to $85 million for a fiscal year. A group of unsecured creditors disagreed and suggested a $100 million maximum. Exide and its lenders agreed to alter the covenants to allow a $90 million cap, and the company emerged from bankruptcy in June 2015.

“Clearly, Toys ‘R’ Us was in financial distress,” Murphy says, “but initially there was some optimism that with a strong holiday season, they would be able to continue as a going concern and the contemplated capital expenditures could have made a real difference.” The company liquidated before it got a chance to try out its grand plan.

PEI 300: If private credit goes down, it won’t be for long 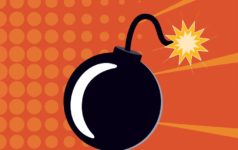 Waiting for the explosion: The dangerous game of covenant-lite

LP Tearsheet 22 hours ago
Added to your Saved Articles
Loading
Unsave Article
Please confirm you would like to remove this article from your saved articles.
Share with other subscribers
Only logged in subscribers of this site will be able to access the shared article.