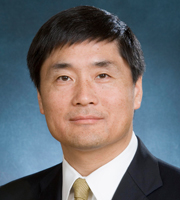 It's been a busy year for KKR in Asia.

According to Joseph Bae, who heads the firm's Asia operations, the recent additions were made with a view to the next decade. “We're focused on enhancing our teams in China, Korea and South-East Asia to be best placed for future investment opportunities,” Bae tells Private Equity International.

Along with the new hires, the firm also announced the departure of two high-profile executives who had been instrumental in building its China business over the last decade. Julian Wolhardt, a partner, and David Liu, former head of China and co-head of private equity, will leave in December to set up their own China-focused investment firm.

Movement in the firm's senior ranks as it prepares to start raising a new Asia-focused fund is not necessarily surprising. “KKR has a tendency to clean up its team and get into economic discussions with its partners before coming back to market,” a Hong Kong-based placement agent points out.

The firm is understood to be in talks with investors for a third Asia fund, expected to launch by year-end with a target of around $7 billion. If fundraising efforts are successful, it will take the spot of its predecessor, 2013-vintage $6 billion KKR Asia Fund II, as the largest pan-Asia fund in private equity history.

Two words that sum up KKR's focus in the next decade would be “solutions investing”, says Bae. This means investments in companies with an intentional focus on solving social challenges like food safety and security, environmental innovation, human capital and enhanced access to healthcare, he adds.

Unsurprisingly, demographic shifts and growing cross-border expansions will play a big part in the firm's investment future. Lu Ming, head of Asia private equity, said the firm is selectively pursuing corporate carve-out and restructuring opportunities. Think non-core divestitures in Japan, conglomerate restructurings in South Korea and cross-border M&A in China. These are “exactly the types of opportunities we're on the lookout for across the region”.