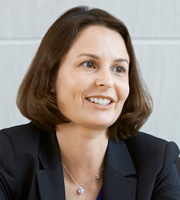 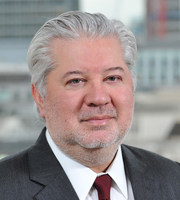 Which fund terms are LPs most concerned about?
GK: I don’t think there are any points that investors really drop. All the things they’ve historically cared about, they still care about, and then they just add more.

SG: They’re really interested in disclosure around fees and expenses. They always have been, but I think there’s a heightened interest around understanding the detail during the due diligence process, and there’s an expectation that there’ll be much more disclosure than there might traditionally have been.

What kind of information are they looking for?
SG: During the due diligence process they’re asking for more specific examples around ‘how do you treat this fee and expense? Has this type of expense arisen in your prior funds?’ You’re seeing fund sponsors responding to that by including more detailed disclosure in their offering materials.

Investors are more clued-in to the types of fees and expenses that they have seen, both in the fund sponsor’s products but in other products they invest in as well, and they’re asking for more information. And I suspect those questions continue during the life of the fund.

GK: When the SEC pursues an enforcement action, the whole industry responds to that. For instance, for a steady while now investors have been wanting to do more and more co-investments. It blends down management fee and carried interest, investors are looking to deploy capital and the bigger ones have been building up their teams so they are in a position to make direct co-investments alongside funds.

And then, lo and behold, there’s an SEC enforcement action about broken deal expense sharing. There’s a raft of additional information that investors are asking about, not necessarily because they’re suspicious of anything but now they’re just much more conscious of it. They know they want co-invest, they’re mindful of the expense issues, and so now they want to understand exactly how it works.

The GPs that handle this best do so with good policies, so there’s a consistency in their practices, which are well-understood, properly disclosed to investors, but are not locked into a rigid, mechanical formula that doesn’t work for anybody.

This year the market has seen several funds with longer time horizons. Are GPs or LPs the driving force behind these?
GK: I think it’s really the latter more than the former. There are some GPs who feel it’s appropriate to hold the assets for longer because that’s what it takes to get them to whatever value they think they need to achieve, but the fact of the matter is that GPs generally like to buy and then sell. In a longer-term fund, you are basically waiting longer for compensation and pay-out.

I look at it as a function of LPs searching for a home for their money together with yield. Obviously you can’t just park your capital in debt as easily these days and earn a compelling return. Investors have been getting a lot of distributions back, it needs to go somewhere, and there are more and more LPs out there that are looking for a longer horizon than the average.

SG: It shows an evolution of the industry as well where we’re moving away from the typical buyout fund terms. Sophisticated institutional investors are making it clear to fund sponsors what they really want, and fund sponsors are reacting to that and developing products that are different to their traditional products. For a number of years, it was all about separate accounts and now it has maybe moved on to these sorts of vehicles.

Are all LPs moving in this direction?
GK: Over the last year we’ve seen an acceleration in the market of fund recapitalisations in the secondaries style, which is responding to a part of the investor market that is saying ‘we don’t want to be in this fund for much more than 10 plus two’.

We’re seeing that a little bit in the negotiation of terms. Investors these days are a little bit tougher on saying ‘the term of the fund is 10 years and there can be two one-year extensions’, but after that they don’t want the documents to contemplate further extensions. That doesn’t mean you couldn’t have further extensions because of course you could amend the agreement. Some investors are tightening that up and saying they want a super-majority consent to amend that term beyond, say, 12 years.

Some funds are marketing with longer investment periods. How are LPs responding to that?
GK: It’s a negotiated point. Particularly when capital is readily available and pricing in some sectors feels very high, nobody wants to rush into doing transactions, so some managers are asking for a longer investment period to reflect the fact that they want to be selective about investing into their market.

SG: The GP needs to have a good explanation to present to its investors as to why it thinks the investment period should be extended. It’s not really a change in terms that you can just reflect in the document and expect that investors won’t ask questions about.

GK: Now it’s a little more common for GPs to say ‘the investment period’s five years, plus a one-year extension with whatever the consent is’. That doesn’t change anything radically from the position before. Part of the discussion around whether you’re going to get the consent to extend for a year may include a discussion with your investors about the management fee you’re going to charge because after all you need consent.

Should GPs be including recapitalisation provisions in the LPA?
GK: When you’re raising a fund and agreeing the LPA, the fund recapitalisation for the tail is nine years away, so it is a little difficult to hard wire in what that’s going to look like. But I do think lawyers are trying to make the documents anticipate this a little bit better.

These fund recapitalisation transactions basically work because each investor in the existing fund decides whether it wants to sell for cash or participate going forward, which is often in an in-kind rollover or distribution.

If the agreement could contemplate that possibility, with the consent of the electing investor, then that type of flexibility should not be too unsettling to investors at the time you’re trying to raise the fund, but still allow enough flexibility so that later on if you’re doing that type of transaction you don’t necessarily need consent to amend the agreement to allow the recapitalisation transaction to go forward.

These are relatively subtle and mechanical changes. You can’t do something too dramatic-sounding because investors will basically say ‘we don’t need to agree to that now, the fund hasn’t even started and you’re already talking about how you’re going to recapitalise the fund when you’re unable to sell assets nine years from now’. It doesn’t seem to send the right message.

SG: Particularly if what you’re seeking to do is draft something that just gives full flexibility to the fund sponsor to do whatever it likes to effect the recap. It doesn’t give the right impression to investors, and it would be really surprising if investors would accept something like that.

This article is sponsored by Debevoise & Plimpton. It appeared in the Perspectives 2017 supplement published with Private Equity International in December 2016.