One New York-based private equity advisor says he sees an opportunity for the industry to invest in infrastructure, as Trump has proposed policies to reform and improve the sector. On the other hand, a US limited partner told PEI this month that Trump's cabinet choices are contrary to his campaign catchphrase of “drain the swamp”, meaning to do away with cronyism in Washington.
Whichever turns out to be true, the president is certainly calling on the sector for its expertise. 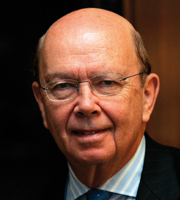 WILBUR ROSS
Asset class: private equity
Trump's pick for Secretary of Commerce was one of the few industry professionals to openly support the Republican candidate during his campaign. As head of Rothschild's bankruptcy advisory team, Ross struck a deal between Trump and bondholders, allowing him to keep half of his stake in his Taj Mahal casino in Atlantic City and remain in control of the company. Ross founded WL Ross in 2000 to focus on distressed debt investing. The firm was bought by Invesco in 2006, but made headlines in 2016 when the Securities and Exchange Commission fined it $2.3 million over fee disclosure. 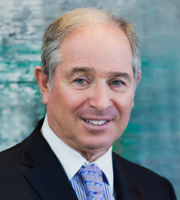 STEPHEN SCHWARZMAN
Asset class: private equity
The Blackstone co-founder will serve as head of the new presidential strategic and policy forum, which also has Jamie Dimon of JPMorgan and BlackRock's Larry Fink on its 16-strong panel. Schwarzman had said in September he was still an undecided voter.
Speaking a week after the election, Schwarzman said he was “excited” and the business community would become “front and centre” under the new Commander-in-Chief.
The forum will meet with Trump frequently to discuss how government policy affects economic growth, job creation and productivity, beginning in early February. 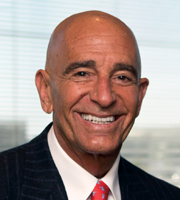 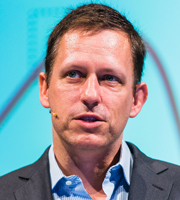 PETER THIEL
Asset class: venture capital
A contrarian in liberal Silicon Valley, the famously libertarian venture capitalist and PayPal co-founder supported Trump during the campaign. The president picked him as a member of his transition team with a remit to create a group of tech advisors.