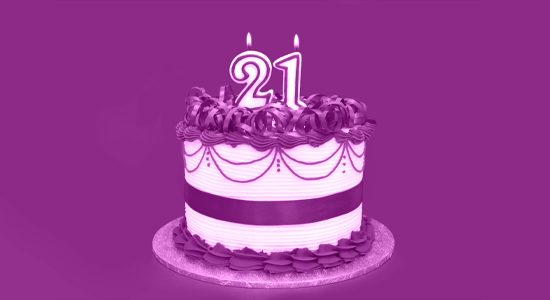 PEI turns 21
Famous birthday parties in private equity are the stuff of folklore. Blackstone boss Steve Schwarzman’s infamously lavish 60th celebration in New York in 2007 comes to mind. And who can forget the time a certain rainmaker placement agent descended from the ceiling dressed as a superhero in a London casino?

This December, it is Private Equity International’s turn to give the industry something to remember. Thursday marks 21 years since the very first issue of Private Equity International was published, and to commemorate this milestone we’ve put together a very special anniversary issue looking back at the last two decades (and one year) of PE. There’s something for everyone, including our list of 21 Changemakers – the people and groups that have most influenced the PE industry during this time.

For now, check out these stories below, including the time PEI brought together Carlyle’s David Rubenstein and Blackstone’s Stephen Schwarzman to compare notes on how to run a global alternative investment business, and keep your eyes out for the full issue on Thursday.

GP-led funds have reached some impressive closes this year: ICG‘s Strategic Equity team, for example, exceeded its $5 billion target for ICG Strategic Equity IV – understood to be the largest dedicated pool of capital focusing on GP-led secondaries. Elsewhere, LGT Capital Partners went over its $1 billion target to hit its hard-cap for Crown Secondaries Special Opportunities II, which will invest directly in companies as well as GP-leds. SI is aware of at least three other firms seeking to raise capital for GP-led strategies.

Over half of LPs plan to find the cash to commit to PE secondaries funds over the next 12 months – the highest proportion of respondents to express their interest in the market since 2019, results from PEI’s LP Perspectives 2023 Study show. Almost two-thirds, however, said they have no plans to invest in dedicated GP-led secondaries funds.

Temasek in Paris
Singaporean state giant Temasek has opened its third European office in Paris, per a Tuesday statement. The SG$403 billion ($293.6 billion; €283.1 billion) institution will use the base to enhance access to dealflow, partnership opportunities and the talent pool across both the European Union and the broader Europe, Middle East and Africa region. It will be operational in H1 2023. Temasek already has offices in London and Brussels, bringing its total to 13 globally in nine countries.

“Our decision to open a new European office reflects the continuing importance of EMEA as an investment destination,” Uwe Krueger, Temasek’s head of EMEA, said in the statement. “We see great potential for new investments in the region, which we believe will help address the challenges the world faces. These opportunities are aligned to the four structural trends – digitisation, sustainable living, future of consumption, and longer lifespans – that guide our investment focus.”

Aiming HIG
HIG Capital is seeking up to $5 billion for its fourth US mid-market vehicle, colleagues at Buyouts report (registration required). HIG Middle Market LBO Fund IV’s target is $2 billion more than what was raised for its 2019-vintage predecessor, a significant step up from the rest of the funds in its mid-market buyouts series. Texas County and District Retirement System, Alaska Permanent Fund and State Teachers Retirement System of Ohio are among LPs in the fund, PEI data shows. It’s expected to close in Q1 2023.

HIG’s healthy target comes at a time when some US buyout managers are finding their fundraising timelines stretched due to investor allocation constraints. Apollo Global Management said in November it was keeping its 10th flagship fund “open until the first half of ’23 to accommodate our investors’ annual allocation budgets”. Carlyle and Blackstone had also warned early this year that fundraising was most challenging in the corporate PE segment in North America. PE funds focused on North America are targeting some $478.5 billion between them, according to PEI’s third-quarter fundraising report.

Ohio Public Employees Retirement System plans to increase its alternative asset allocation by 6 percent in 2023, according to materials from its 15 November retirement board meeting.

The pension system is looking to up its exposure to private markets from 27 percent to 33 percent going into 2023. Part of this change involves a shift in their target private equity exposure from 12 percent to 15 percent.

The asset allocation proposals were finalised following a mixed recommendation between Ohio PERS staff and NEPC, the investment consultant to the pension’s private market opportunities. The changes are being facilitated by aligned reductions in the public sphere, with a drop in both public equities and fixed income.

Ohio PERS has outlined its reasoning for the changes, highlighting a wish to tackle the challenging investment returns felt by LPs across the globe, as well as the continuation of stagflation dynamics, which reinforces the need for strong management and diversification of its private markets’ investment programme.

Currently, Ohio PERS maintains a fairly diversified private equity portfolio composition, with 34 percent each allocated to growth and buyout strategies, and a further 8.5 percent each slated for secondaries and venture capital. The remaining 15 percent is dedicated to non-US private equity opportunities.

The $87.9 billion public pension currently allocates 15.1 percent of its total investment portfolio to private equity, comprising almost $13.3 billion in capital. Its recent private equity fund commitments have focused on buyout vehicles that invest globally but have a focus on North America.

For more information on Ohio Public Employees Retirement System, as well as more than 5,900 other institutions, check out the PEI database. 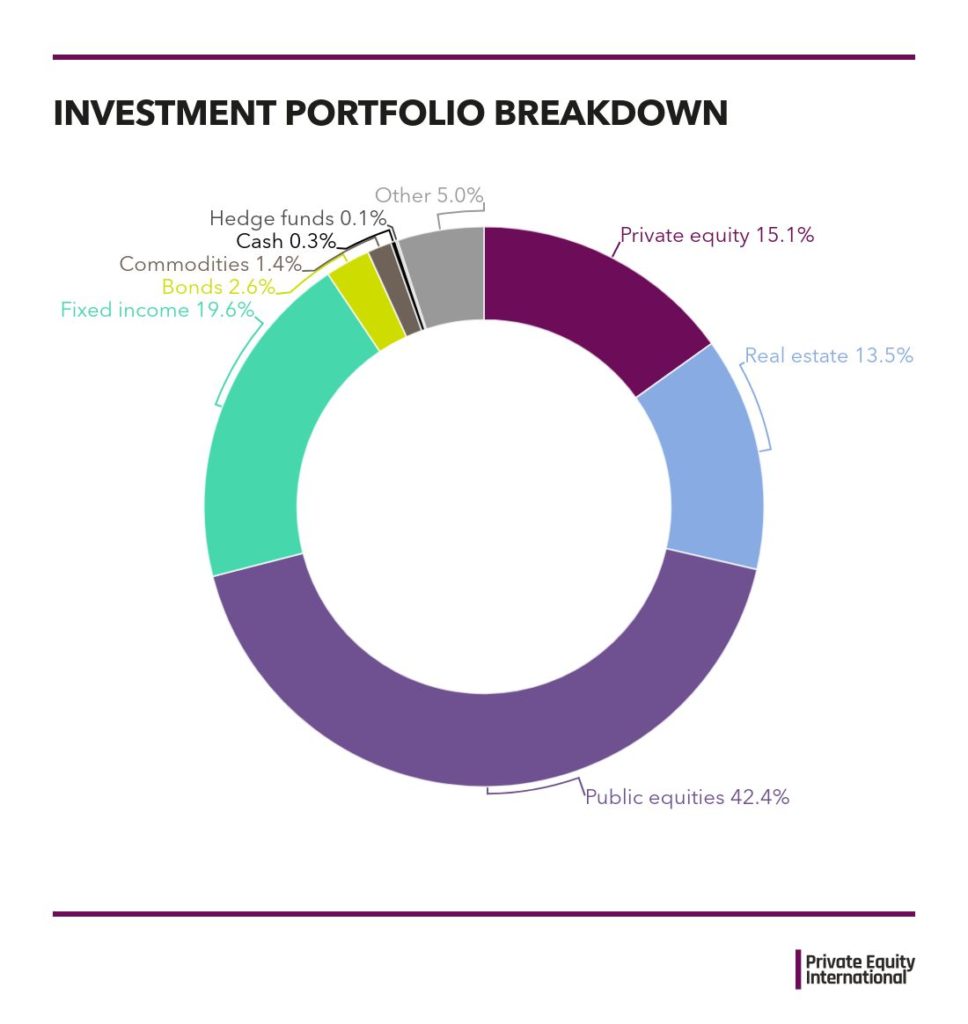