“Our last three [funds] have all been $500 million or less and there’s been a reason for that. The only way that our funds might become larger is if there was a massive downmarket correction and there was distress, fear and uncertainty. Then I could see ourselves deploying more capital”

In 2017, Industry Ventures CEO Hans Swildens laid out the conditions in which the firm would step up its fund size. The firm is now raising a $750 million vehicle, reports sister title Secondaries Investor. 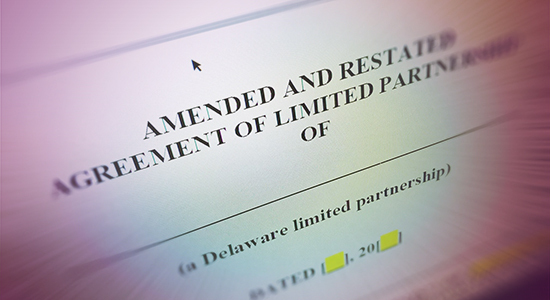 ILPA has come out with its second version of its dummy limited partnership agreement – this time including a deal-by-deal carry waterfall – and has updated the previous whole-of-fund carry version. Read Graham Bippart’s report here.

ILPA senior policy counsel Chris Hayes told Graham Bippart: “We’re hoping that by putting this out, we can spark a conversation, and maybe even have a debate about what’s in our LPA in comparison to what’s in the market – because we can finally talk about an LPA that’s actually out there in the context of fund terms.”

As we noted when ILPA released its first model LPA last year: “The model LPA won’t be adopted overnight. Fund terms remain a product of supply and demand and an oversubscribed GP will feel little impetus to make changes. Where there is room for negotiation, however, a widely available model agreement will be useful.”

Chinese investment bank Lighthouse Capital is targeting the country’s DPI problem (that PE gains remain largely unrealised compared with other markets) head on. The Shanghai firm has raised $100 million for its debut fund, which will participate in private placements on which the bank serves as financial advisor, managing partner Phil Ji tells Private Equity International. As an investment bank, Lighthouse will be able to facilitate M&A, private placements or serve as joint bookrunner on listings for its portfolio companies, smoothing the path to exit. Full story from Alex Lynn here.

The world of private equity secondaries (like the rest of the industry) is struggling with a gender imbalance. According to four heavyweights from the secondaries market, firms could counter this by recruiting more directly from universities (like law firms) and/or marketing the industry as one that fosters genuine creativity (like venture capital). Listen to the podcast on Secondaries Investor or iTunes.

Marathon, not a sprint

As part of our series examining the future for defined contribution pension investment in PE, Carmela Mendoza explores what the near future looks like. Spoiler alert: don’t expect an imminent avalanche of new capital. “If I had to predict the future, I’m optimistic our firm and our competitors will be successful in gaining a first true DC client in 2021. But beyond that, it’s hard to tell,” said Douglas Keller, head of private wealth and defined contribution at Pantheon, one of the pioneers in this space.

For a look inside Pantheon’s DC product, as well as that offered by Partners Group, read Carmela’s previous instalment.