Shelley Morrison, a senior investment director in Aberdeen Standard Investments’ fund finance group, tells sister title Private Funds CFO that bank lenders in the subscription credit line business are looking to syndicate their facilities, and that they are either “trying to transfer a lot of risk” or “preparing themselves by ‘testing the plumbing’ […] so they have options”. 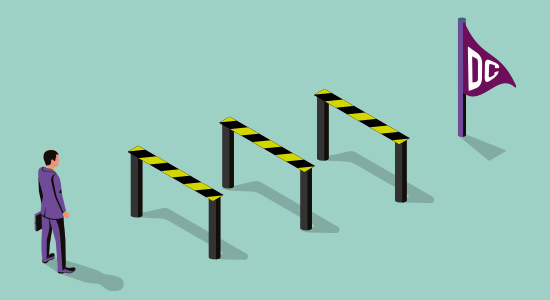 Since US defined contribution pension funds received the green light to incorporate private equity, there has been a frenzy of competitors either restarting initiatives focused on DC or exploring new ones. It is not a straightforward proposition.

Though US pensions aren’t restricted by a cap on fees, it takes careful design and negotiation to incorporate an alternatives product that offers daily reporting and some liquidity at a price point that makes sense to members, according to pension executives who have done it in the UK. Educating members on how PE works and how assets are valued with no active market is another thing entirely.

One pension fund chair said: “For pensions with less ability than us to negotiate down the price of other funds in their blended defaults, it’s hard to have more than 10-15 percent in the illiquid fund without costs getting too high. And there comes a point where you have to ask whether the benefits are worth the trouble.”

Our latest study examining fund managers’ thinking in light of covid-19 is out now. Three things that caught our eye:

You can hear the Private Equity International senior editors discussing this study and its corresponding LP survey on the latest episode of our Spotlight podcast.

Covid-19 pushed the European PE deal volume in H1 2020 to its lowest level since the global financial crisis, according to provisional data from Imperial College Business School. PE-backed acquisitions were fewer but larger in H1 (205 deals worth €41.1 billion) compared with the equivalent period last year (331 deals at €44.3 billion). Other findings:

The boom in single-asset secondaries deals, in which an asset is moved from one fund to a continuation vehicle with the same financial sponsor at the helm, rolls on. Listed firm ICG is currently involved in a deal to move HSE24, a German home shopping TV network, from Providence Equity Partners VI into a continuation vehicle. Subscribers to Secondaries Investor can read more here.

Tech-focused buyout shop Tenzing Private Equity has raised £400 million ($499.9 million; €442 million) for its second fund and has done so without a single face-to-face meeting. The firm, which raised £200 million for its 2016-vintage debut, took nine weeks to complete the fundraise. “[Investors] recognised the opportunity, are long-term decision-makers and were open-minded to ‘Zooming’ through a significant amount of work in the new virtual world,” said managing partner Guy Gillon.

School Employees’ Retirement System of Ohio has confirmed $250 million-worth of private equity commitments to five vehicles, a contact at the pension informed PEI.

The $14.21 billion US public pension has a 12.0 percent target allocation to private equity, with a current allocation of 10.8 percent.

For more information on OHSERS, as well as more than 5,900 other institutions, check out the PEI database.